We had a look into the issue and discovered that it is typically caused due to the following factors:

Now that we know what might be the culprit, let’s move towards the troubleshooting methods that proved to be effective for other users.

Corruption errors and bugs are the most common causes that prevent the users from launching the Setting application on their PCs. They can be caused by a number of different reasons, but fortunately are quite easy to fix and identify.

If you encounter the problem at hand, then the first thing you should do is run the DISM and SFC utilities to identify and fix the problem. Both these tools are built into the Windows operating system and are free to use.

DISM stands for Deployment Image Servicing and Management and is a command-line tool that typically is used by the administrators to fix a corrupt system image. It works by deploying the original image from the internet without you having to re-install Windows 10. This helps users fix errors that cannot be resolved using conventional methods.

SFC (System File Checker), on the other hand, checks the integrity of files and restores your PC’s health based on the image deployed by DISM. In short, both the tools work hand-in-hand with each other to fix the errors you are encountering on your Windows PC.

Here is how you can run both the utilities:

If the error started occurring after you installed a new application, then try uninstalling the application from the Control Panel and see if that does the trick for you.

Several users also mentioned that they were able to fix the issue after installing the supposedly problematic application and then running the DISM and SFC scans. Though this is a lengthy process, we highly recommend you give it a shot.

A Clean Boot launches Windows with only the basic set of programs and drivers, without any additional applications. This state basically helps the users to determine if a background application is causing the error at hand.

This environment is quite like Safe Mode, but here, you get more control over the system that helps you pinpoint the exact cause of the issue. If uninstalling the recently installed application did not do the trick for you, then you can try performing a Clean Boot.

If the File System error (-789839862) persists even after Clean Boot, move to the next method below.

Perform a Reset or a Repair Install

If you have come this far without a viable solution, then this implies that whatever is causing the issue cannot be fixed via conventional troubleshooting methods. From here, you have two options moving forward.

You can either reset Windows to its default state, which will give your system a fresh start. This, however, will uninstall all the applications that you installed yourself on the system. Basically, it will return your Windows to the state it was in when you bought your computer.

The second option is a repair install, in which all the Windows files will be replaced with fresh copies. However, this process will not affect your personal files and programs.

Both the methods can fix the File System error (-789839862), so proceed with anyone according to your own preferences. 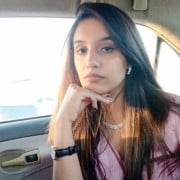 Zainab is an actuarial science graduate with a keen interest in technology. She specializes in data analytics and learns python and R in her spare time. At Appuals, she writes about anything and everything related to Windows 8, 10 and 11.
Microsoft Windows
Back to top button
Close