This guide can be used to remove (and replace) the 5 GHz WiFi antenna of an iPhone 6 Plus. The instructions are easy to follow and anyone can do it. You don’t have to be an expert in this. I highly recommend people doing it by themselves since it creates an extra SKILL in you and will allow you to help others as well. The parts listed here can easily be purchased from Amazon. If you don’t have the required parts; then bookmark this page and get back to it once you’re ready to go.

The total cost of parts should be less then $60 including the replacement Antenna; Parts Needed are, a pair of tweezers, pry opening tools, A P2 Pentalobe screwdriver designed for the Pentalobe screws on an iPhone, A small suction cup, A Phillips #00 screwdriver

To begin, Power the device off. Use the P2 Pentalobe screwdriver to remove the two 3.6 mm Pentalobe screws located on either side of the Lightning connector. 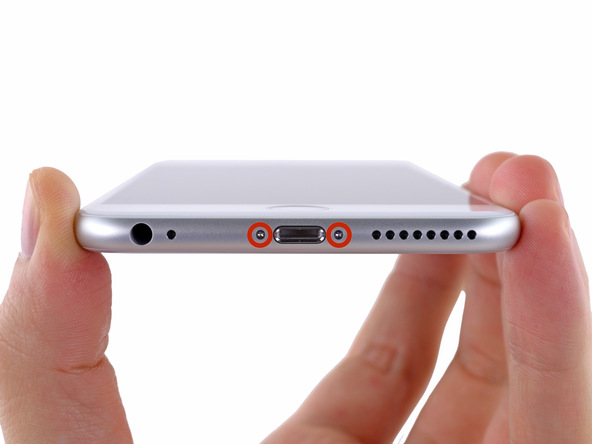 Press the small suction cup onto the screen, secure it and form a tight seal, preferably a little above the Home button. 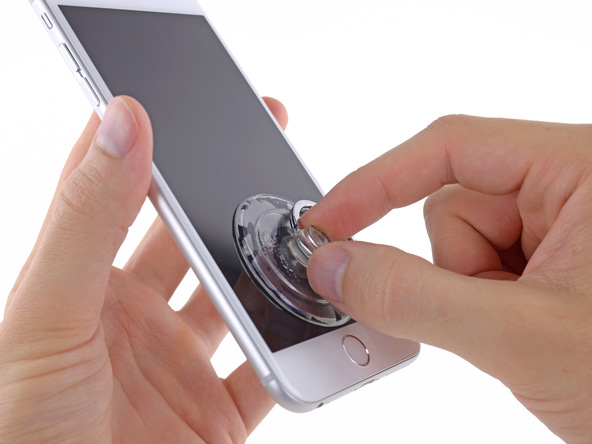 Hold the iPhone down with one hand, and use the suction cup with the other hand to slightly separate the device’s rear case from the front assembly. Once you achieve a little separation between the two halves, hold onto the rear case with a plastic opening tool and then continue to pry the display assembly and rear case apart by detaching the several clips that hold the two halves together. Remember to use a combination of both the plastic opening tool and the suction cup to separate the two halves of the device and to apply firm and constant force. 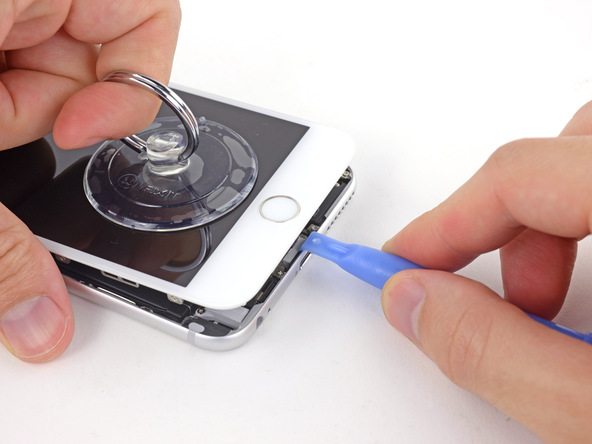 Remove the suction cup from the display assembly by pulling on the cup’s nub to release the vacuum seal. 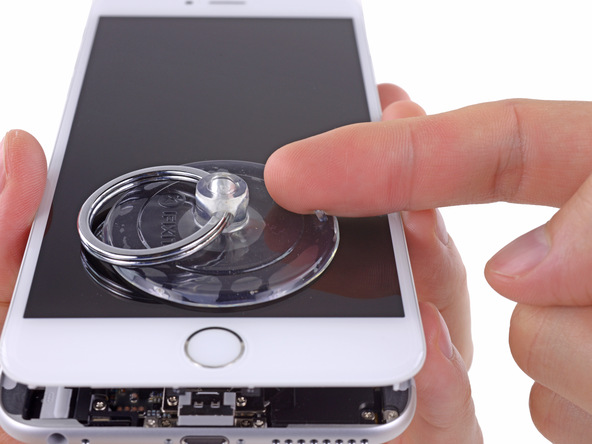 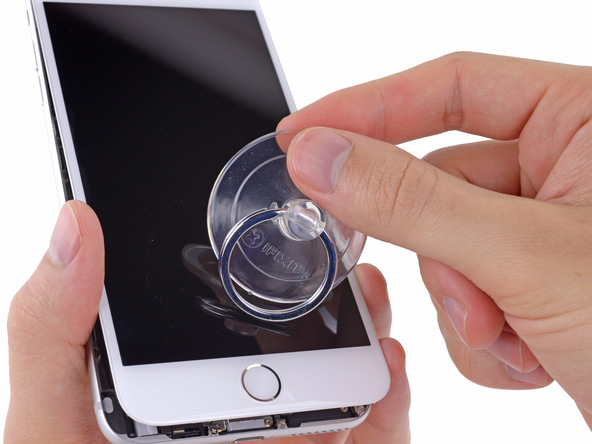 Pull the Home button end of the display assembly away from the iPhone’s rear case using the numerous clips along the top edge of the device as a hinge. 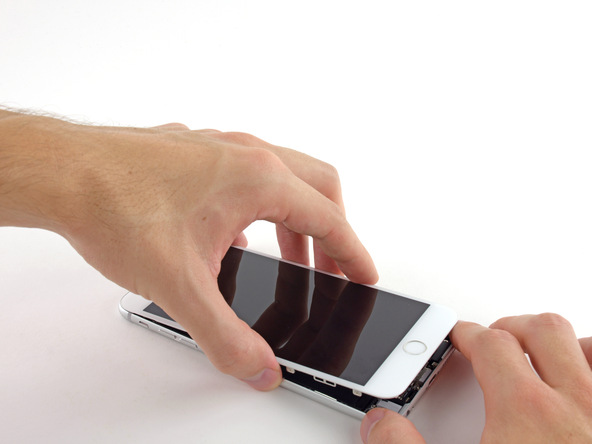 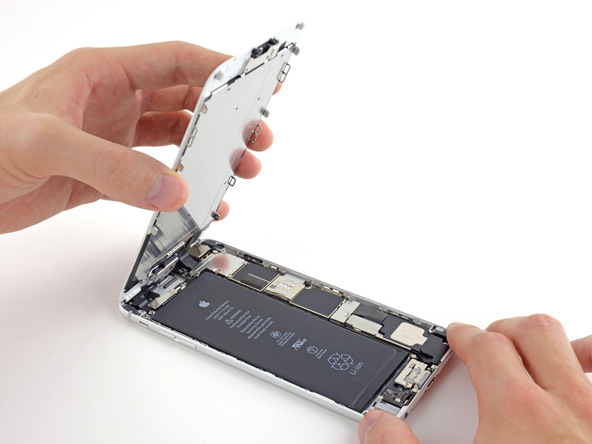 Support the display assembly at a 90° angle in relation to the rear case, and make sure the two halves of the device stay this way until you completely separate the front assembly from the rear case. 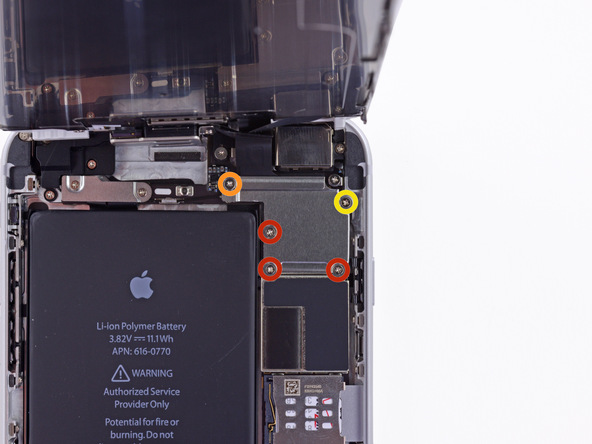 Remove the display panel assembly cable bracket from the iPhone’s logic board.

In the next four steps (and the step where you disconnect the battery connector from the logic board), make sure that you pry up on the cable connectors only and not on their sockets on the iPhone’s logic board. 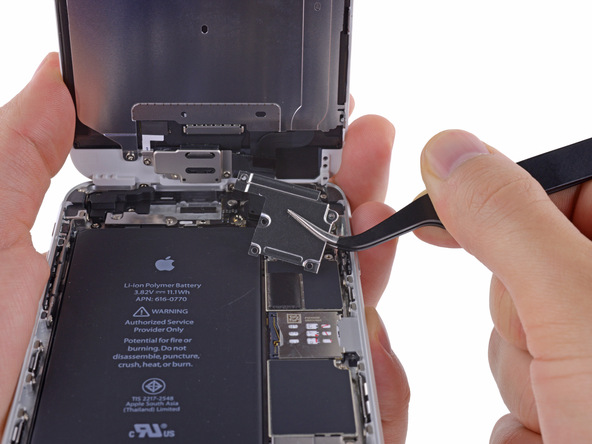 While continuing to support the display assembly at a 90° angle with one hand, use a plastic opening tool to gently pry up and disconnect the front-facing camera and earpiece speaker cable connector from its socket on the logic board. 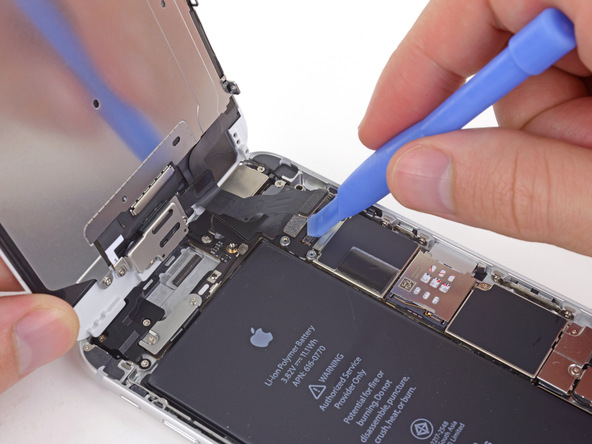 Pry up and disconnect the Home button cable connector from the logic board. 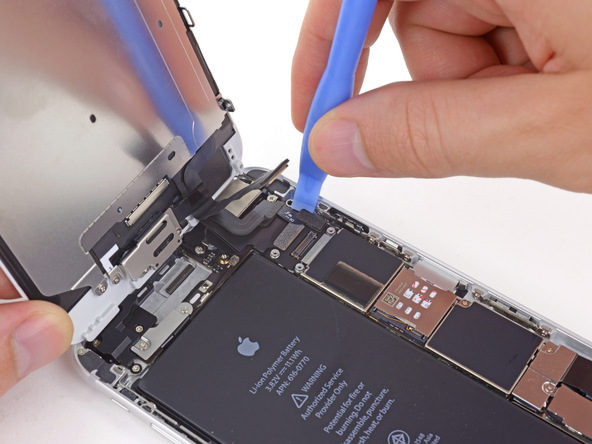 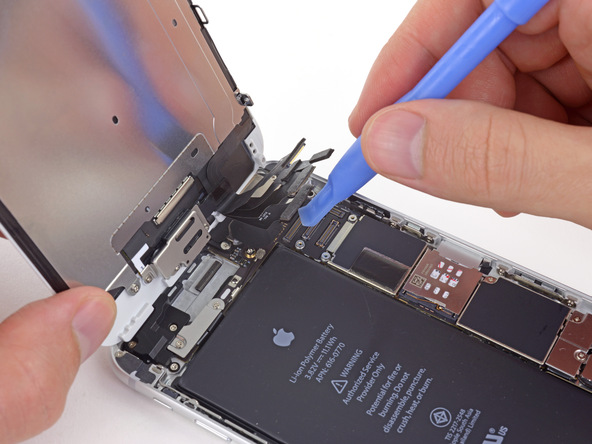 You can now safely remove the display assembly of the iPhone from the rear case. 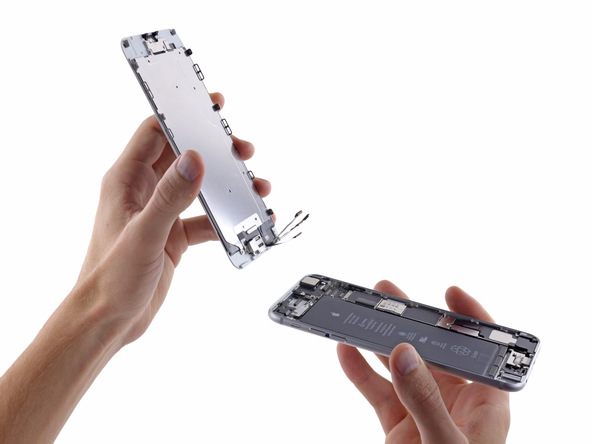 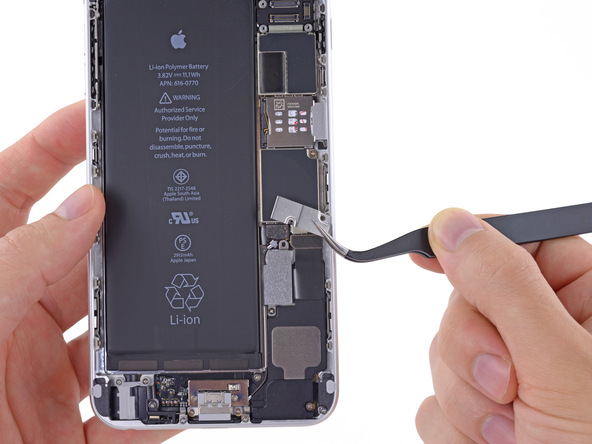 Gently pry up and disconnect the battery connector underneath the bracket from its socket on the logic board using a plastic opening tool. 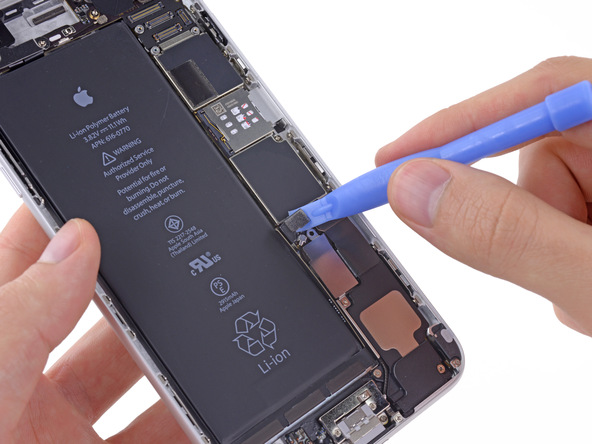 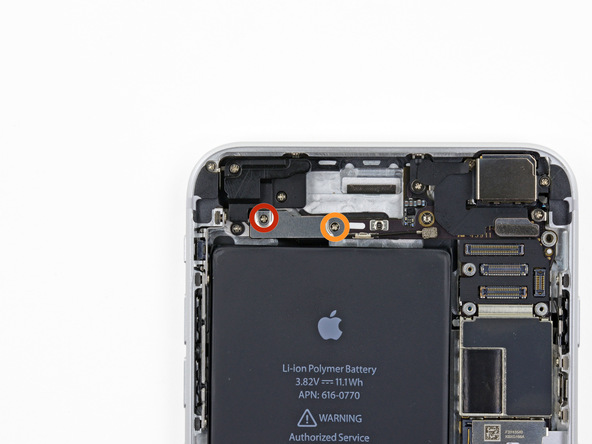 Use a pair of tweezers to lift the 5 GHz WiFi antenna bracket up and off the rear case. 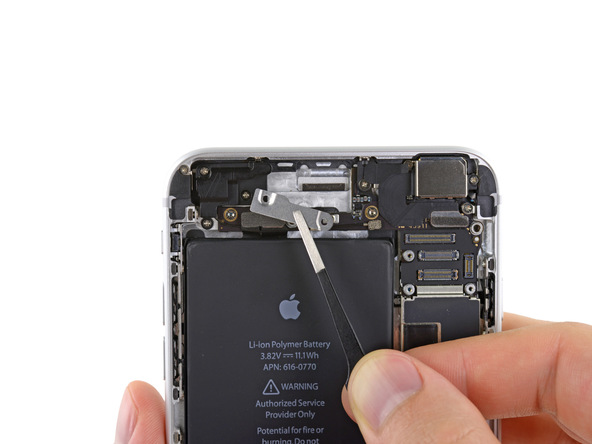 Use a plastic opening tool to gently pry the 5 GHz WiFi antenna connector up off the logic board. 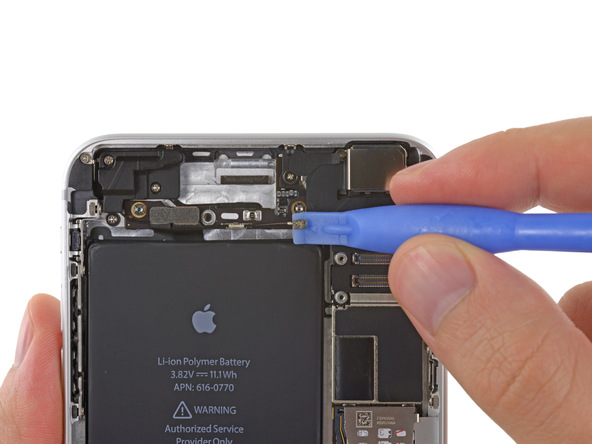 Use a pair of tweezers to carefully lift the 5 GHz WiFi antenna connector out of its retaining clip on the logic board. 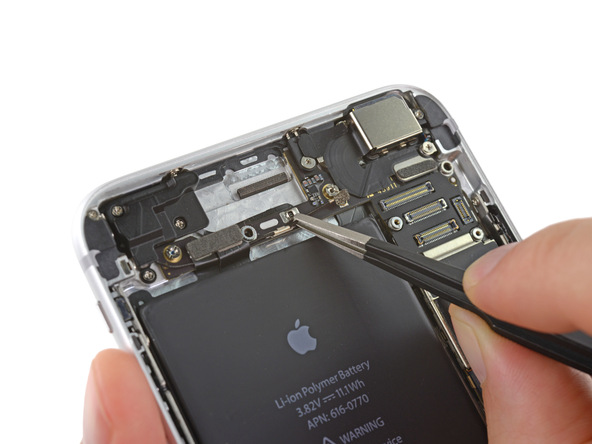 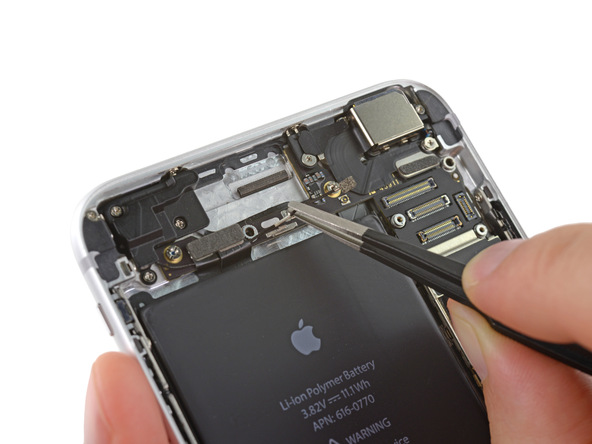 Use a plastic opening tool to disconnect the Power button cable and audio control cable connectors from their respective sockets on the logic board. If the two connectors are bound to one another by a single adhesive tab, they will detach from their sockets as a pair. 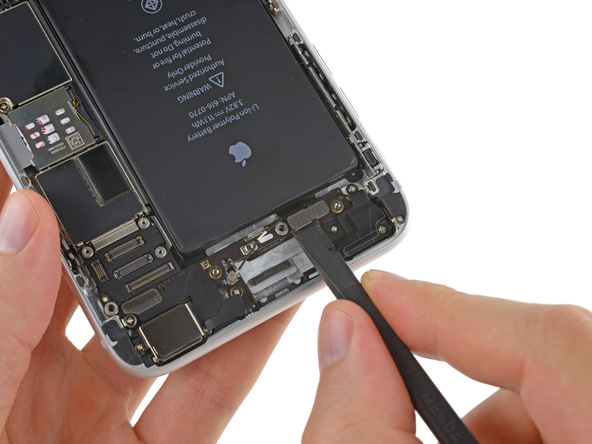 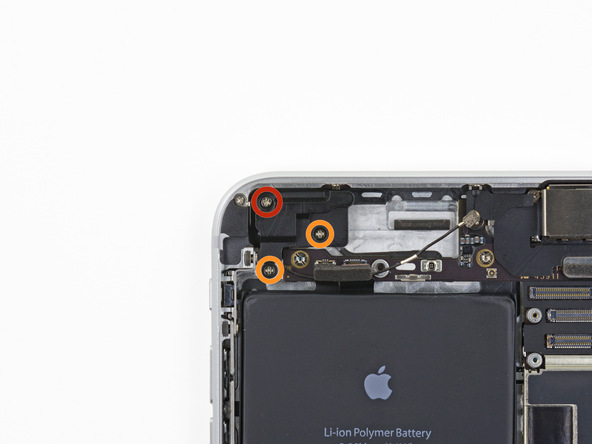 Lift the 5 GHz WiFi antenna up and then remove it from the iPhone using a pair of tweezers. 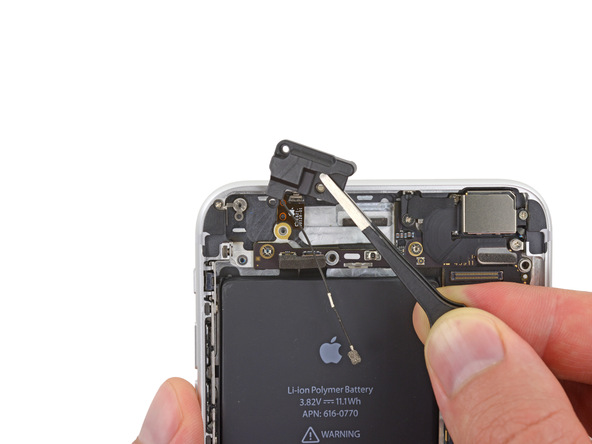 Replace the 5 GHz WiFi antenna, make sure that you place the small washer in the top left corner of the antenna, and then reassemble the iPhone by following the steps listed above in reverse. 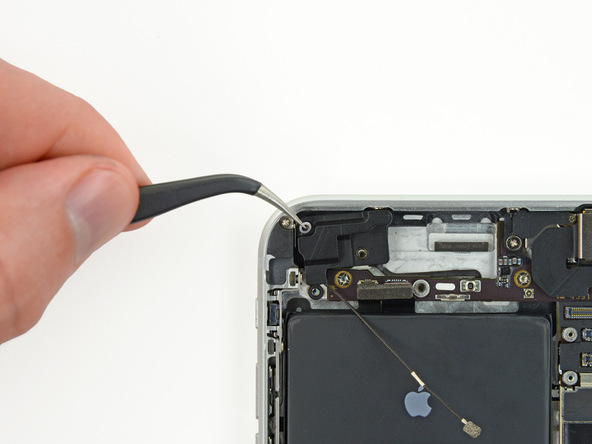