These lines can vary in intensity and placement. These lines may be avoided if the location where these lines appear does not disrupts the vision and interrupts working.

The issue is most likely caused by a faulty LCD – However, it may also be caused by the Graphic Adapter. Usually, when the graphic adapter has faulted, the screen goes totally blank or black and the lines appear horizontally BUT when there is a faulty logic board on LCD, or the LCD has been damaged to some extent the lines appear vertically.

The issue may also be caused by outdated/corrupt drivers. Since there are multiple reasons for it to fail it would be best to troubleshoot the issue and figure out what exactly has caused this by trial and error. In this guide, we’ve listed two common  approaches that will help. 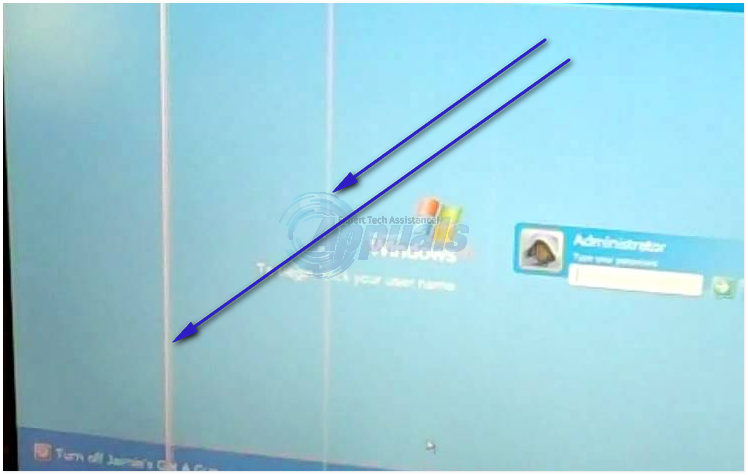 First and foremost thing to do is check for updated drivers for you graphic card. Outdated versions of drivers can cause unexpected results, before you go with the updating drivers; check and see if the lines appear when the computer first starts up do the lines appears on the POST screen? If not, the not a driver issue and you can move on to the next method below which is to test the adapter and screen.

To check which graphic card you are using, Hold Windows Key and Press R.

Type dxdiag in the run dialog and Press Enter. 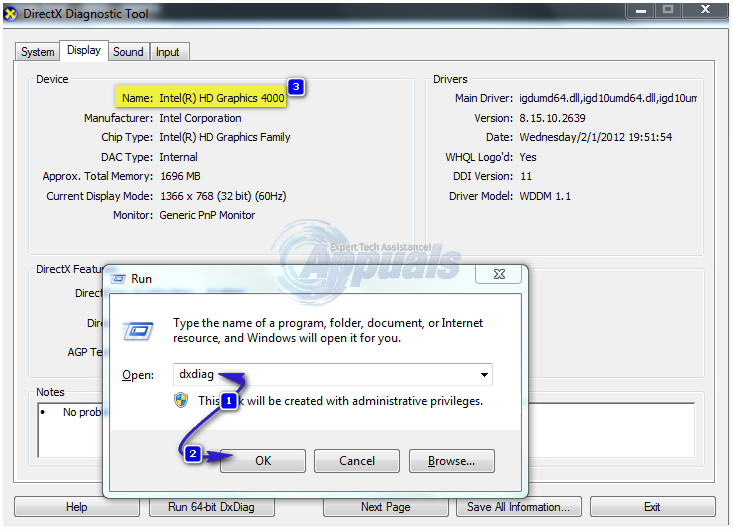 DirectX Diagnostic Tool window will open. Go to the Display tab. Once you have the name of the graphic adapter, note it down and do a quick google search to get the latest drivers from the manufacturer’s site, once you have it install and test.

Connect to an External Monitor

To see if the problem is in the LCD screen or in the GPU (Graphic Card), connect your system to external monitor and switch the display using Win + P keys. If you get a clean display after connecting to an external display, then that means the GPU is fine, and the screen is faulty BUT if you have the same results on the external monitor, then your GPU has most likely faulted and the screen is fine.