Gamers consider bottleneck to be the most important factor when it comes to deciding the specs of a new PC. The CPU and GPU pairing is done based on whether there is a bottleneck (or what combo bottlenecks the least) because it can adversely affect performance.

Bottlenecking is when one component in your computer is significantly weaker than the other, most often the CPU and GPU. Because of this discrepancy, the weaker component will always be fully stresses while the stronger component will mostly sit under-utilized, suppressing the overall potential of your PC.

If you are looking to avoid bottlenecking in your own PC, a bottleneck calculator can help you identify the weak spots. It will allow you to calculate the bottleneck in your PC and using the calculated bottleneck percentage, you will be able to make a more informed decision about what upgrades are needed.

Today, we will go over the four best bottleneck calculators and how you should use them.

A bottleneck is present in either the CPU, Memory or Disk is 100% utilized because it means that the fully utilized component is holding back other components from delivering peak performance.

MSI Afterburner is a live monitoring tool that is used to display stats related to the CPU, GPU, RAM, and other components of the PC. It has legendary status among the PC community for its long-standing contribution to making overclocking a breeze. So not only is it reliable for calculations, it can also help you get the most out of your PC in a more active way as well.

The following steps will help you identify a potential bottleneck with the MSI Afterburner utility: 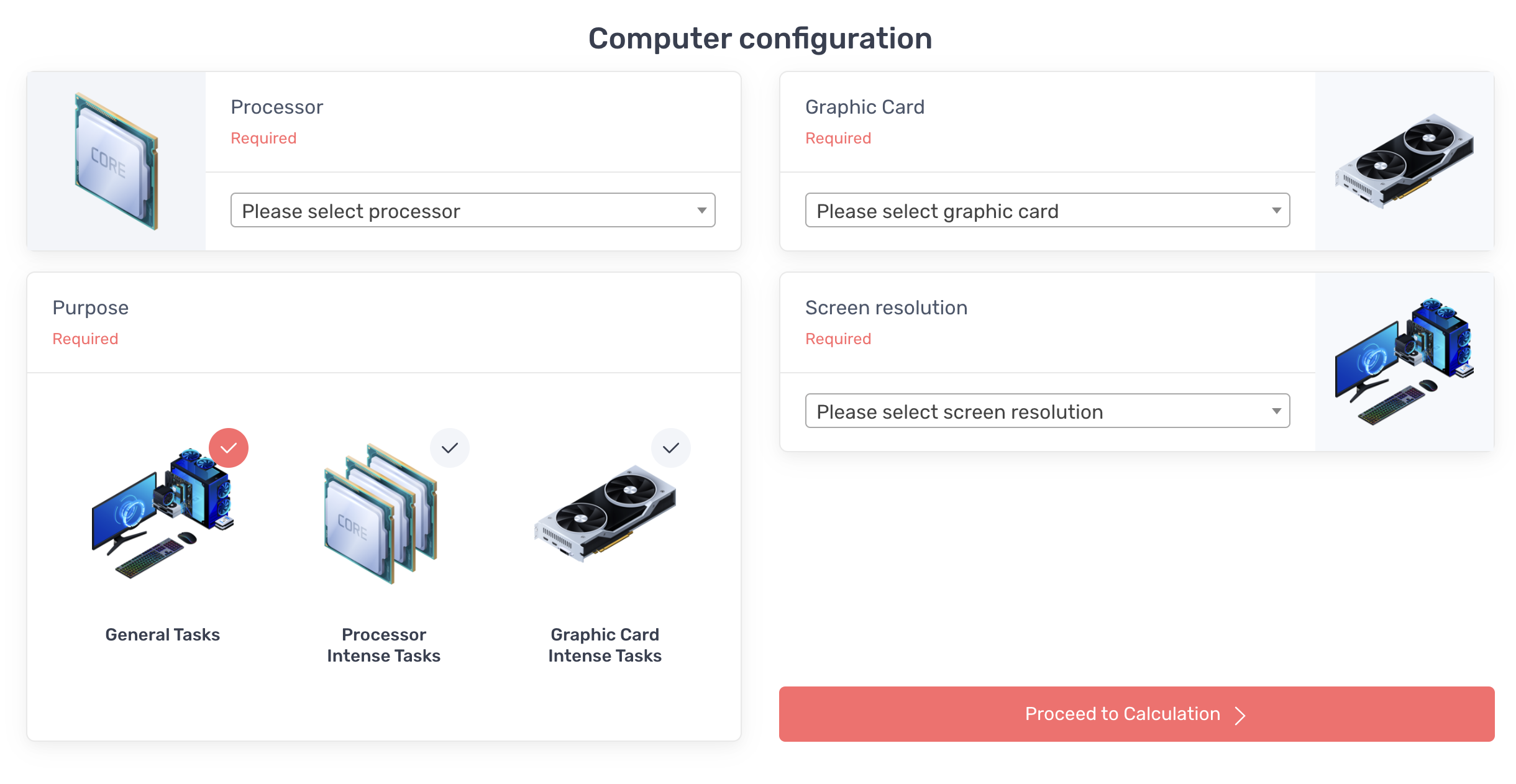 These features include having the ability to choose the resolution at which bottleneck is calculated and being able to select the use purpose of the CPU and the GPU from three options –  general tasks, processor intense tasks, and graphic card intense tasks.

To calculate bottleneck using the PC Builds Bottleneck Calculator, simply select your desired CPU and GPU, choose the screen resolution, set the purpose, and click on the proceed to calculation button. 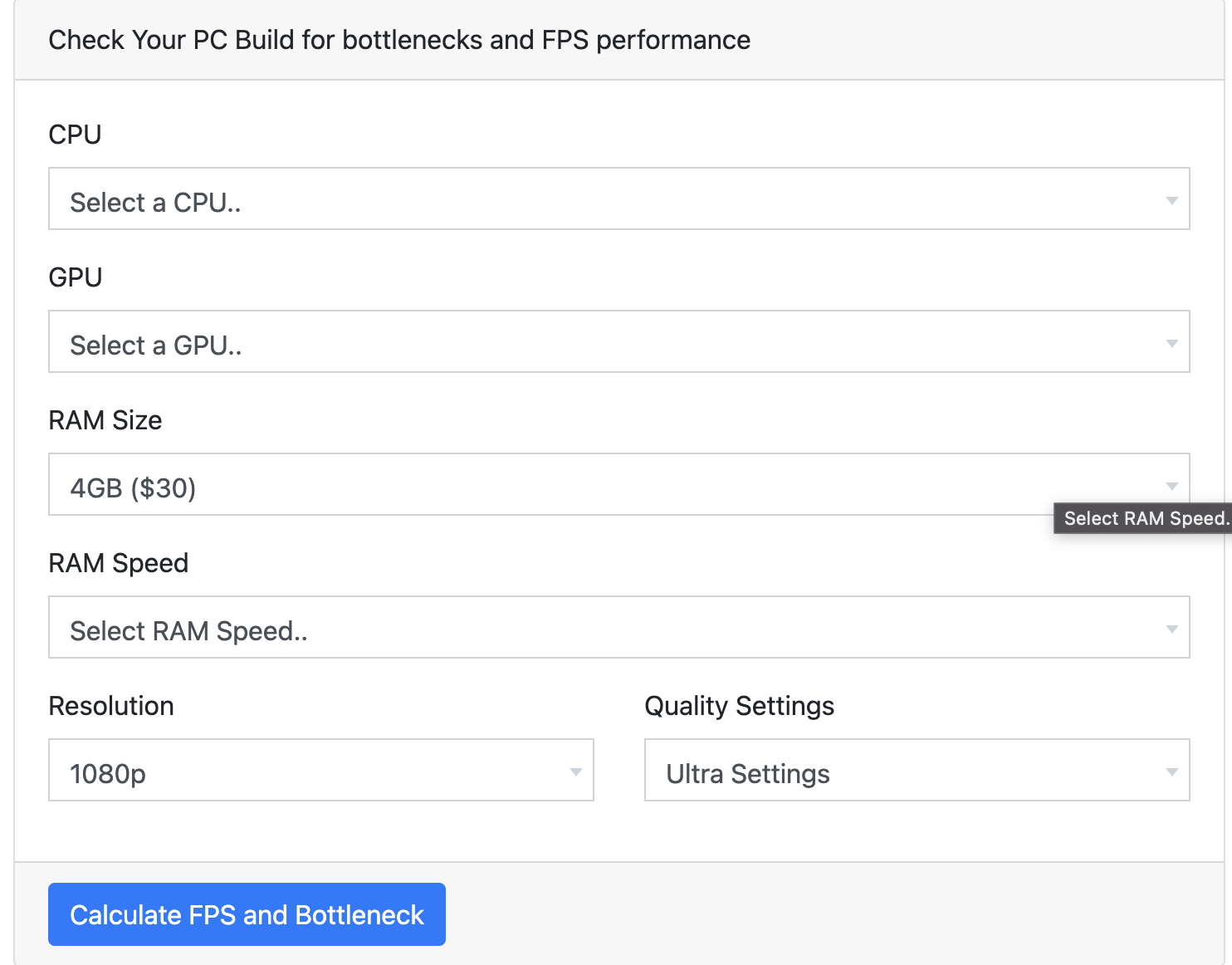 The CPU Agent Bottleneck Calculator has many more options compared to the PC Builds Bottleneck calculator. The options include CPU, GPU, RAM size, RAM speed, resolution, and quality. Once you are done selecting all the options, click on the calculate FPS and bottleneck button for the results.

Using our settings from earlier, the CPU Agent Bottleneck calculator suggests a 1.9-3.8% bottleneck between Ryzen 9 5900X and Nvidia RTX 3060 Ti at 1440p resolution. Moreover, the RAM size and the RAM speed also show less than 5% bottleneck.

Why is there a discrepancy between the results of Bottleneck Calculators?

Bottleneck tools are using clever algorithms to estimate the results, which makes the final bottleneck scores  mentioned above a bit different in ease scenario. They stimulate real-world PC performance to extrapolate and evaluate the results based on the artificially created scenario. So, these tools do not depict the actual, real-world performance of the PC.

Therefore, the results from the bottleneck calculators should be taken with a grain of salt. They should only be used as a helping hand to guide you make the right decision, instead of taking over as the primary source of inspiration for choosing PC parts or validating the setup you already own.

Bottleneck calculators are useful for gauging the bottleneck present in a PC. However, gamers should not entirely rely on these tools because they run simulated tests rather than performing real-world tasks to get the results.

The most practical method of measuring bottleneck is by manually ensuring it doesn’t exist by monitoring CPU, GPU, and RAM utilization using MSI Afterburner, or any other monitoring software. If any one of your components is being utilized 100% while others sit well below that, you’ve found the bottleneck slowing down your PC, and perhaps your next upgrade.