In the latest version of Minecraft 1.14 that just dropped many new interesting features have been added such as new blocks which include the blast furnace, the smoker and many more.

However, the most intriguing of them all is the introduction of the new mobs. Mobs are NPC’s which can either be neutral or can be an enemy. Some new mobs such as cats and foxes are friendly mobs but, in the new update, the illagers are the most interesting ones as they are the opposite of villagers and they raid villages.

Illagers also resemble witches and tradesmen. They are sorted in several members that roam among the illager group. The most common one is the pillager.

They carry a crossbow with them and can deal a lot of damage depending on the difficulty. They usually spawn near pillager outposts or can be seen roaming around in a group of pillagers. They will attack players, villagers usually adult villagers and iron golems. When killed pillagers can drop crossbows, arrows or an ominous banner if it is a captain of the group. They are usually found carrying the banner with them.

Along with the group of the pillagers, there are illusioners. These mobs can be hard to kill due to their potion ability to blind and their ability to duplicate themselves. While they are duplicated they are invisible, so that’s pretty much the frustrating part to kill them.

They can also spawn as captains during raids. They don’t cause that much damage themselves as they are only equipped with crossbows however they can easily aid their fellow illagers by blinding you.

Next up we have the evoker. These pillagers are the strongest ones due to their capabilities. They can spawn vex’s that carry iron swords and they can even fly. The worst part about a vex is that it is extremely hard to hit due to its size. Once the evoker spawns vex’s your best bet is to run as they can kill you easily even if you are wearing diamond armor.

They also have another attack called the ‘fang attack’. This attack can deal up to 6 hearths of damage. When an evoker is attacking it makes a horn-like sound and then several fangs pop out of the ground which snaps shut and vanishes soon after that.

They only come during a village raid and can be found after the third or fourth wave of the raid.

These little angels like creatures may seem cute but they are actually very powerful and annoying. They carry an iron sword with them and can pass through any solid object except water and lava. They can be killed with a few numbers of attacks however, its not simple to kill them due to their flying ability and their size.

They are only seen during raids after the third wave or the fourth wave and are summoned by an evoker. They are spawned in groups of 4 or 3 and can kill you in almost in an instant even if you are wearing a diamond armor without enchantments.

They can be found during raids or in a illager mansion which would carry 1 or 3 in a room. They are also quite strong and deal around 4 or 5 hearths of damage without armor. They carry around an axe with them and can sometimes drop it when killed. They also drop emeralds from time to time and can carry an ominous banner if they are roaming around in groups as a captain.

They can also be found being accompanied by evokers making their group a whole lot more difficult to kill.

These giant bull-like beasts are a force to be reckoned with. They are pets of the raiding pillagers and can carry a pillager with them when they spawn during a raid. They can deal up to 6 hearths of damage without armor and even with armor can kill you very easily if not avoided.

They are very giant like and can also move quickly to attack as well. When killed they drop a saddlebag which you can, later on, use on a horse or a llama.

When a group of illagers can be found roaming around its best not to engage in them as it will result in a bad omen counter to appear. This counter is the reason why raids are caused. Whenever you have a high enough bad omen counter and you enter a village with that counter raids will happen.

During a raid, all of the illagers spawn at least once. A raid has 7 waves and each wave gets tougher and harder to finish due to the increasing number of enemies and their strength also increases. To counter raids effectively a village boundary is necessary to be made so the raiders can be prevented from entering the village.

Next, you have to make iron golems which are very powerful creatures made to protect villagers. They can kill an enemy within 2 or 1 hits and are very helpful during raids. Once that is done, build bells and set them around the village so whenever a raid is happening all the villagers can hide and be safe.

Remember to always carry crossbows or normal bows with lots of arrows to avoid engaging them in a close quarter fight as they can make short work of you within a matter of seconds.

In order to make an iron golem, you need to have 4 blocks of iron and a carved pumpkin. Then you need to lay the iron in a half-cut ‘T’ shape. 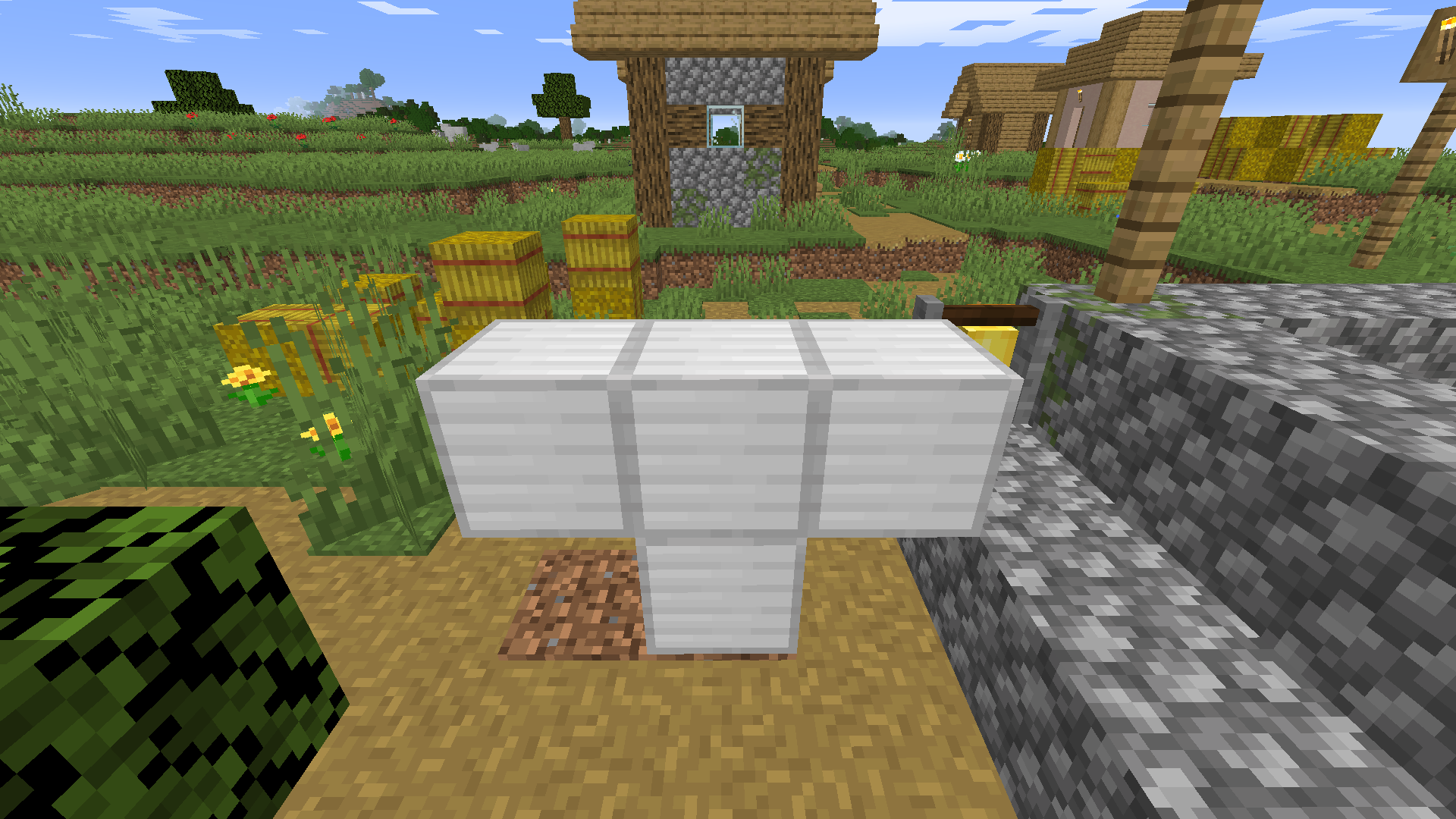 After that place, the carved pumpkin on the top and the golem will be born.

These are all the essentials you need to keep in mind when your village is under attack or you are going to face a pillager. So make sure to strengthen up your player and gather resources because this is going to be a challenge.