Ocassionally the pulseaudio service stops for various reasons. Most commonly it suddenly stops working after playing certain sorts of full-screen games or playing certain videos. If one of these applications were to suddenly stop or if you had to use xkill to force it to stop, then you might need to restart the pulseaudio service. You don’t have to completely reboot your Linux PC or tablet to achieve this.

The most common way is to log your desktop environment out and then log back in again, but this is annoying and it doesn’t always work. It also requires you to close many programs you already have running inside of this environment. A couple of terminal commands are all that you’ll need to restart the audi daemon and hear clear sound once again. You might still have to restart an application or two if they don’t respond to the restart, however.

Restarting the pulseaudio Service Without Logging Out

Open a terminal window by holding down CTRL, ALT and T or select it from the application or Dash menu appropriate for the type of graphical user interface you’re using. You won’t need administrator access for most of these commands, so make sure that you have a $ prompt if you’re using the bash shell. Users of tcsh might want to type in whoami to make sure they’re not going to start the pulseaudio service as root.

Check if any instance is currently running by typing pulseaudio –check and pushing return. You’ll usually see no output at all. You may also see a zero, which is the same as receiving no output. This indicates that there’s no instance running. If you got any message about an instance presently running, then you could issue the command pulseaudio -k to kill the existing one. Once you’ve done this, or if you had no previous instance running anyway, you can type pulseaudio -D to start a new instance, and the process will launch automatically before it returns you to the command line.

You don’t even need the terminal if you know for sure you don’t have an instance running. You could hold down the Super or Windows key and push R to open up the run box and then type pulseaudio -D into it. Push the enter key or click the button to issue the command.

Technically you could even use this box to kill an existing pulseaudio instance with pulseaudio -k, which is useful if you have no other reason to bring up a terminal. Some people actually write a short bash script to automate this process, but these commands are so short that it’s hardly necessary to do so.

Start your video, your MMORPG or your FPS again and enjoy now that you have full sound coverage once again. Any user-defined setting in ~/.pulse or ~/.config/pulse will override the system-wide settings, so you may wish to look into these configuration files if you constantly have problems.

If you never hear sound when you’re running a program, then you might need to start it with padsp in front of it to make sure that it can jack into the pulseaudio process. You might also want to start alsamixer in your terminal to make sure the audio level settings are correct. If the padsp fix helps you launch it from the Super+R command line or the terminal, then you’ll want to modify the .desktop file that starts the program. You could also put padsp nameOfGame into a bash or tcsh script. Replace nameOfGame with the actual command name of the program that you’re trying to run. 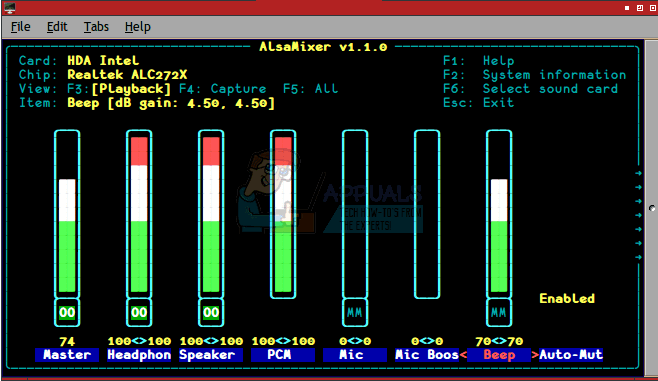 When all else fails, you can actually start the pulseaudio service on a system-wide level with the sudo service pulseaudio restart command. Since this begins with sudo, the CLI prompt will ask you to enter your password if you haven’t issued any commands using sudo recently. Since this does activate the service on a wide scale, you shouldn’t use it as a first resort. You can actually use top or busybox top in your terminal to see what pulseaudio usually runs as. If you don’t see it at all, then you know that it’s not starting properly to begin with. 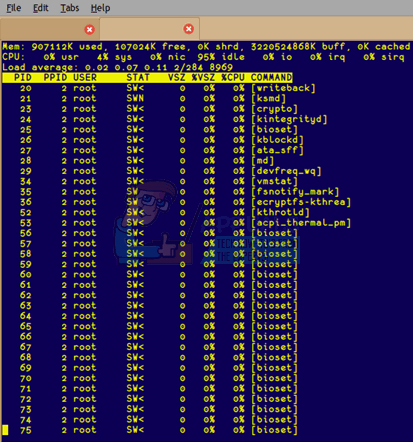 Use the Page Up and Page Down keys to scroll through the top listings, looking at each bracketed service to see if pulseaudio starts with the system. Usually the pulseaudio -k command tells you if it is anyway, but this is an excellent way to be sure. If nothing else seems to be working and you’re using Xubuntu or another Xfce4-based distribution, then there’s an error you might have fallen prey to that doesn’t influence LXDE, KDE or Unity users. When you go to shut down the machine, a check box asks to save your session.

This is especially true if you use Alt+F4 from an empty Xubuntu desktop to shut the system down. This could constantly save an incorrect pulseaudio setting, at least in theory anyway. You could try un-checking it and restarting the system. While this does require a restart, which you were more than likely attempting to avoid in the first place, it might prevent future problems. Once you have it working well, you can select that checkbox again to save the other schemes you have in place. You won’t have to restart again in the future, and can simply use the pulseaudio -D command if this did indeed fix the problem you were having.

A very few users, especially those running Linux on ASUS eeePC mobile devices, say that after restarting pulseaudio they suddenly hear a crackling noise. This is an unusual driver problem, but you can fix the issue with relative ease. Try plugging any USB device into a USB port and then restart the puleaudio daemon. You might also try plugging and unplugging something into the headphone jack. Apparently, this inadvertently sends a signal that the open-source driver interprets and corrects the issue. This isn’t a problem for those running pulseaudio with proprietary drivers installed.

How to Fix pulseaudio issues in Linux