In a vast majority of cases, this should get things going. You’ll find these simple steps restored sound easily. If you still have no sound in Linux, then you can read on for a few other fixes that should work when nothing else will. While it might seem like this is a fairly insurmountable problem, you might find that no sound in Linux isn’t difficult to deal with at all when you use a few of these simple tips to get things going again.

Users of LXDE, KDE, GNOME and Cinnamon can click or tap the Applications menu and then select PulseAudio Volume Control. You might also find it on the Sound or Multimedia tab depending on your particular Linux distribution. Ubuntu Unity users might want to search for PulseAudio Volume Control from the Dash. If you can’t find it, then push Super+R and type pavucontrol to bring it up. If you’re already at a command line, then you can start it by running that just like it were any other command that you’d run.

Select the Playback tab and adjust the volume bars accordingly. You might find you have to unmute them. If you just see System Sounds as an option, then you probably don’t have anything running at the moment. Run a program that generates sound so you can see if it’s muted. You can then head over to the Output Devices menu and raise the volume. 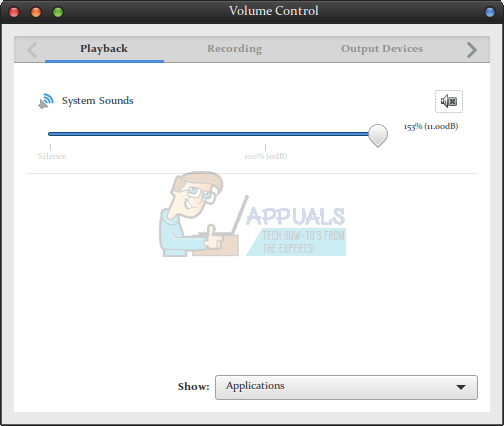 You’ll probably want to do this incrementally to avoid raising it too loud. Other than this, you should be able to hear things without having played around with anything else. It’s not at all a bad fix considering that it’s the result of only one single command! Though many people have had problems with PulseAudio in the past, this is an extremely easy way to fix no sound in Linux. If you want, then you can actually raise the volume beyond 100% though you won’t want to try this until you’ve try listening at a lower volume. Once you have all of your sound issues worked out, though, you might find that this is actually an extremely useful trick. Sometimes you might be playing a video or something with extremely low audio, and careful application of the PulseAudio Volume Control at increased levels can bring it up to where it’s actually listenable again. 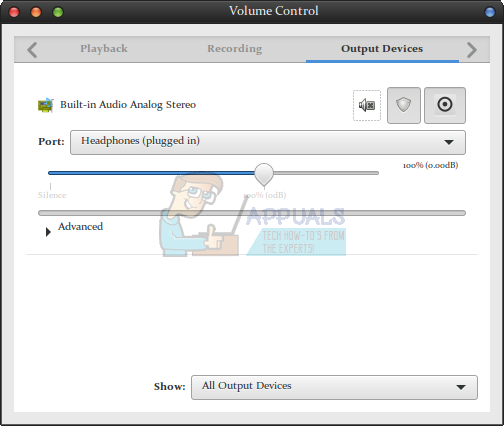 Mozilla Firefox and Google Chrome both give you the option to mute audio tabs individually, and it’s possible that one is muted. If you can’t hear a video or some kind of browser game playing, then look up at the tab near the top of the window. You’ll probably notice a graphical representation of a loudspeaker. 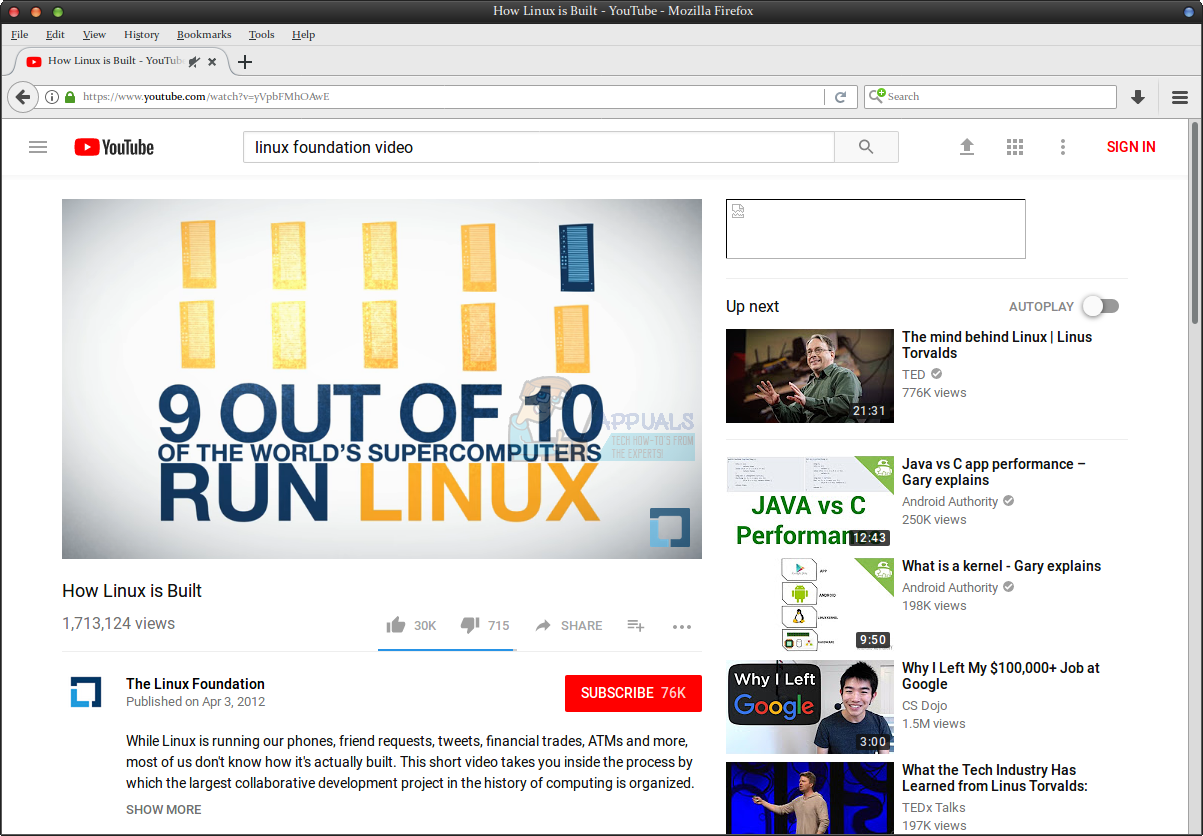 If there’s a line through it, then the tab is simply muted. Click on the loudspeaker itself and you’ll be able to hear audio again like normal. This is an especially useful fix for times when you can hear everything except say YouTube or Netflix. Since it’s dependent on the browser rather than the desktop environment, this fix will work exactly the same regardless of whether you’re using Xfce4, LXDE, GNOME, KDE or something else entirely. Since you may or may not have a keyboard shortcut that could mute these tabs individually, it can be possible to do it accidentally.

Method 3: Clearing the Audio Cache to Fix No Sound in Linux

If none of the basic methods have worked, then you might have to clear out the PulseAudio cache. It can sometimes require a bit of a refresh to keep working. Hold down Ctrl+Alt+T to open up a terminal. You’re only going to be working with devices and files that a regular user has access to, so you won’t need the sudo command or an administrator password when working with any of this.

Type aplay -l and push the enter key to see a list of audio devices. Unless you have some sort of a special stereo sound system attached or you’re working on a high-end gaming PC with multiple outputs, you’ll only see a single card. Just make sure that the card is there before proceeding. If you don’t see any pieces of equipment listed, then it’s fully possible that you don’t have any sound systems attached to your computer. You may want to shutdown and check for loose connections.

Assuming that you did find something, however, you can refresh the PulseAudio cache. Keep in mind that you will be deleting semi-temporary files, so you should exhaust the other possibilities before attempting this. You can then type rm -r ~/.config/pulse/* followed by rm -r ~/.pulse* to remove any of the PulseAudio temporary files. If the aplay command above worked but you still don’t have audio after having done this, then you’ll want to reboot the system to reset everything. You’ll almost certainly have fixed the no sound in Linux issues you were dealing with after that.

If you’re using a hibernate feature to speed up the reboot process, then you’ll actually want to select an authentic restart. Depending on your desktop environment, you might have to click on the Applications menu and then select Logout. You might also have a power management key or you can push Alt+F4 at an open desktop. Once you have a shutdown menu, you’ll want to select the genuine restart option to do a true warm reboot of the operating system. You’ll then be back in business when it comes to sound.

How to Fix No Sound in Linux