The tablet computer is one of the most useful and revolutionary inventions of today’s day and age. As almost every person knows, the tablet market is currently dominated by the Android OS – an Operating System that has been designed to cater to the needs of individuals all over the world and to be as diverse as possible. Since that is the case, tablets running on the Android OS can be programmed to display information in a wide variety of different languages, with more languages continuously being added to the list.

The language that the average Android tablet display information in out of the box is the official language of the country or countries in which its targeted consumer base resides. However, this can sometimes be a problem. For example, a person who knows but a few words of Japanese will definitely want to change the language of the Android tablet they have bought from Japan into English. While doing so is certainly possible, it can be quite tough and confusing, especially when an Android tablet is in a language that the user cannot understand. The following are all of the steps a person must complete in order to change the language on a tablet running on the Android Operating System:

1. Navigate to the tablet’s Settings, an area of the OS that, on most tablets, is depicted by a gear. 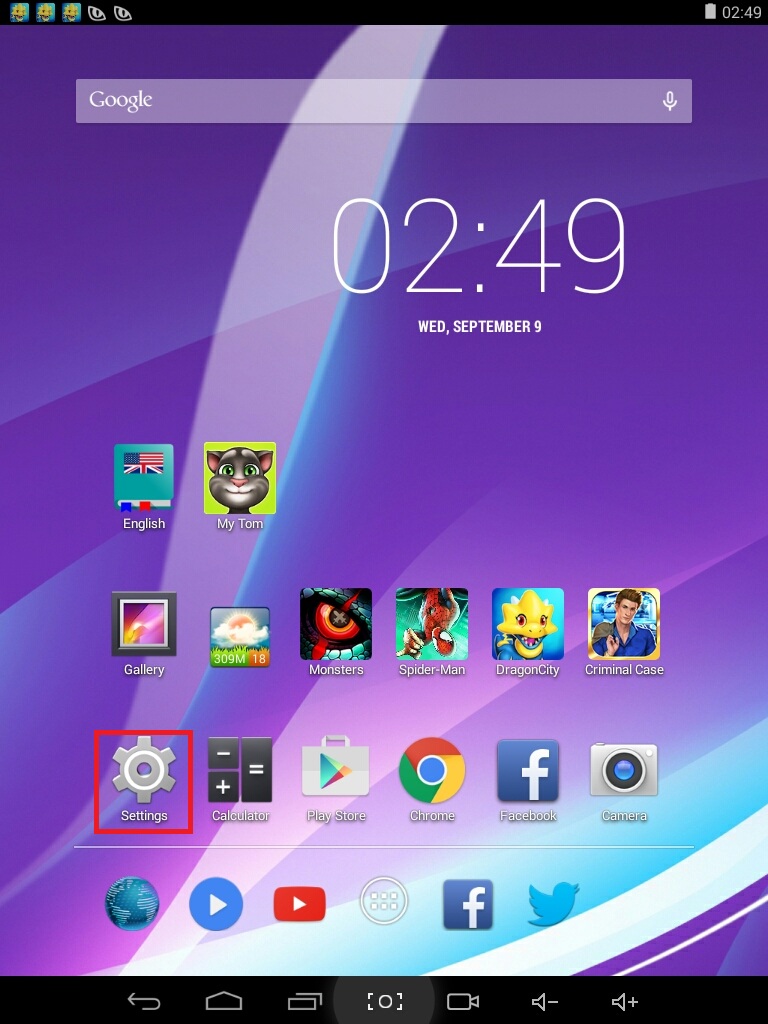 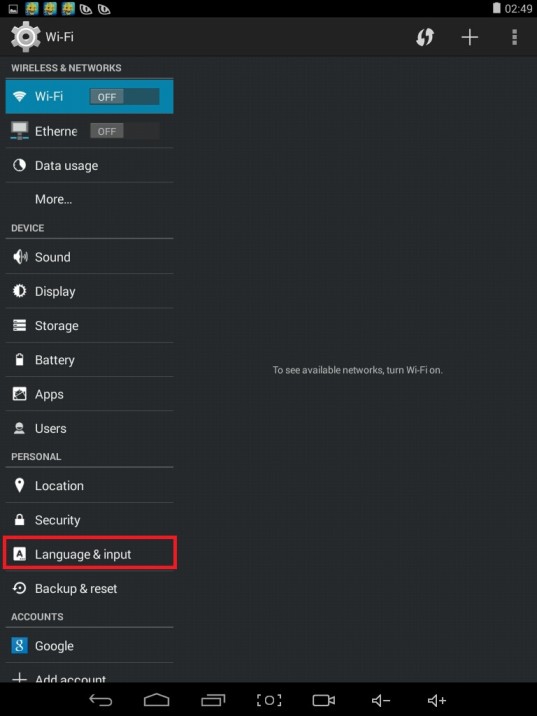 3. Tap on the very first option in the list of Language & Input settings. Doing so takes the user to the Language settings regardless of what Android tablet they are using. 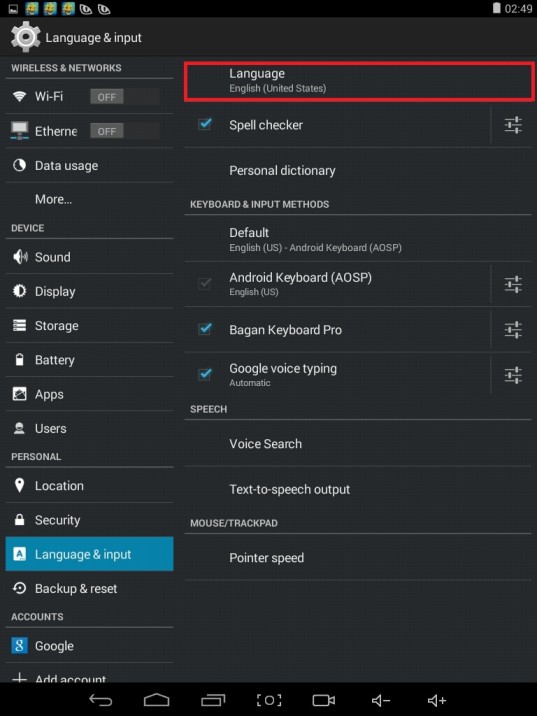 4. Scroll through the list and simply find and tap on the desired language 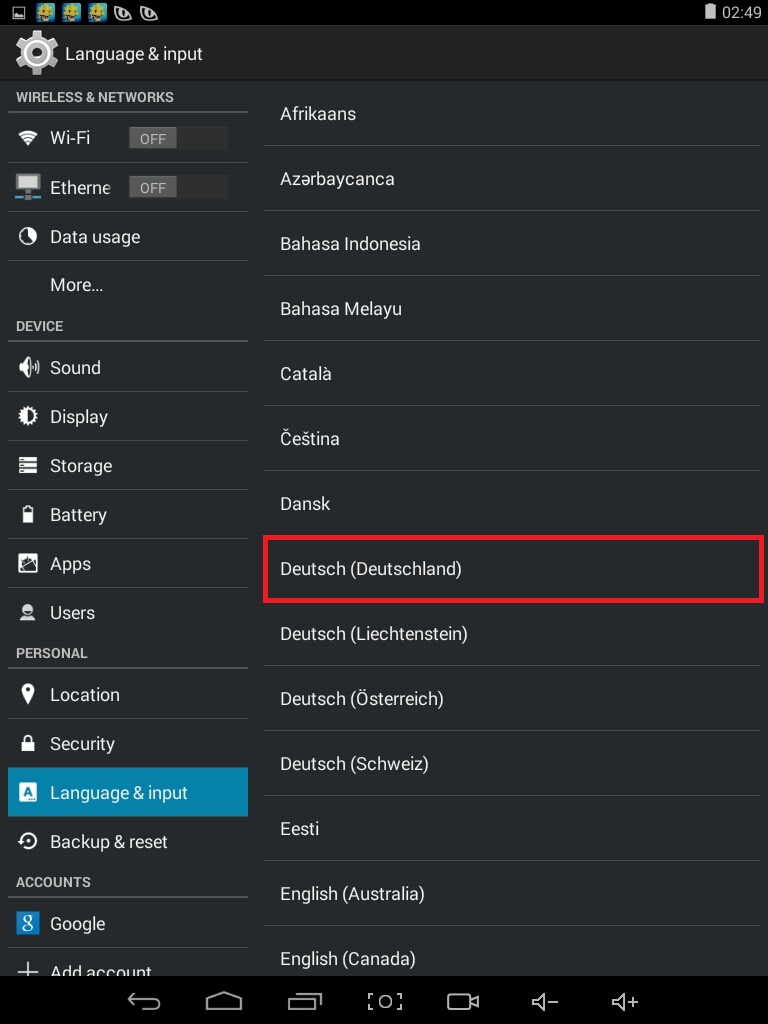 5. The tablet will take a few concise moments to process the selection and then take the user to the previous screen where the user will be easily able to notice that the tablet’s language has been changed to the one they desired.