Corsair has released a tool called Corsair Utility Engine which can be used to manage light effects, record macros, and tweak other settings related to your Corsair hardware such as their mouse or keyboard. However, it appears that there are an awful lot of users who are struggling either to install or to update this tool. Some of the error messages which appear goes like:

The CUE has detected an error during software update check

It appears that the problem can be solved in numerous ways and it’s important to follow through the entire article if you want to be able to update the Corsair Utility Engine program and gain access to the new features released.

Solution 1: Wait for the New Update

It appears that the update software check has not been optimized yet for the 2.x versions of the Corsair Utility Engine and the “check for update” button is still searching for the 1.x updates which are no longer released.

This was stated officially by the CUE staff and they also reported that the new update will be released properly enabling you to update your tool. There was a lot of backslash for this bug since users were going crazy about this. However, the new patch has been released in the meantime but the update button in certain versions of the tool still won’t work so you will need to update it manually. 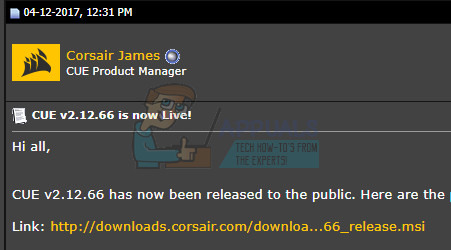 Solution 2: Having Issues with the Current Version

If you happen to be having issues with the current version of the CUE tool, you might want to check out the solutions above. There are various problems that can start appearing after you update to the latest version of the tool and there are quite a few chances that you will need to reinstall the program completely and manage to install it somehow.

The worst-case scenario is that the CUE tool reports a missing Corsair Utility Engine v.x.x.xx file which will prevent you from performing certain actions. 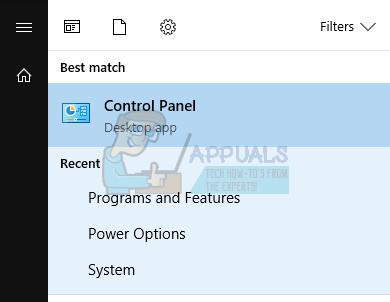 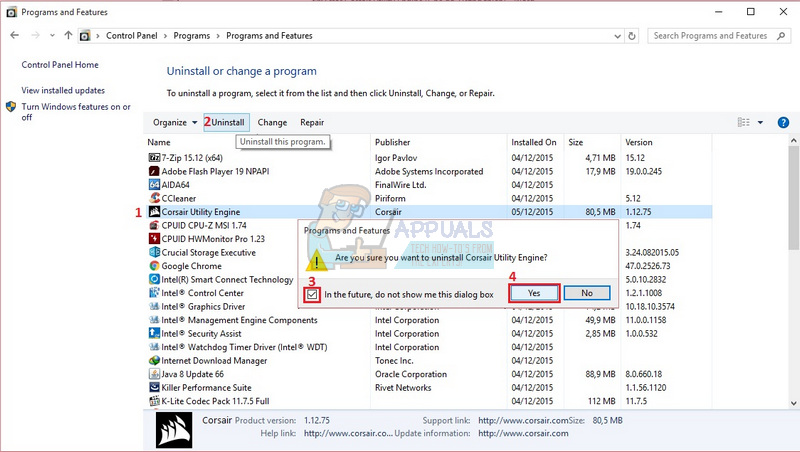 After the tool has been uninstalled, it would be nice if you were able to download and install the same version of the tool again. Older versions of the CUE tool can be difficult to find on your own but here is a forum post where you should be able to see the past CUE versions so feel free to pick the one you had installed and installed it again on your PC by running the file you just downloaded and following the instructions on-screen.

Another side-effect of certain versions of the CUE tool is missing audio after the update has finished. The usual problem is the firmware update which seems to have disabled Windows Audio services which are unable to start and they throw errors such as:

Error 126: The module could not be found
The service is duplicate

There are several users who managed to fix the issue by a combination of PC restarts and Corsair uninstalls and you should try it out before doing anything else.

Unfortunately, the only 100% solution is a system restore. That is a sort of a last resort that worked for users who have tried out all of the other options and still failed to fix the problem. Make sure you restore your computer to a restore point before you decided to update the CUE tool to the latest version and proceed with the process.

It appears that several users have had problems installing Corsair software, including the CUE. The installation simply freezes their PC and the only possible solution is a restart. Being unable to update or even to install the tools for the first time is annoying but, luckily, there is a solution that went well with plenty of other users and it consists of updating your drivers. 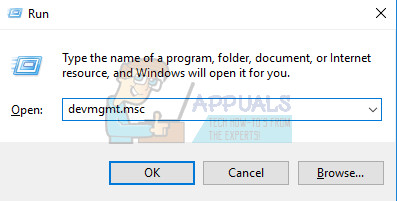