3D and Virtual Reality (VR) are becoming popular. Virtual reality is a technology that lets you walk and look through a modeled environment as if you were really there. One such device that offers both 3D and VR viewing is the Oculus Rift; a reality (VR), head-mounted display developed by Oculus VR. The Oculus Rift’s main sights are set on video games, but it also plans to impact the way we consumer all media, including movies. The Oculus Rift supports 3D movies and a 360-degree viewing experience.

VR 360 degree movies are still very much in their infancy. So when you get a new Oculus Rift VR, you must be eager for the movies that can be played on VR Headsets? With video converters, you can convert any video like 2D, 3D, MP4, AVI, etc. to play perfectly on Oculus Rift VR. 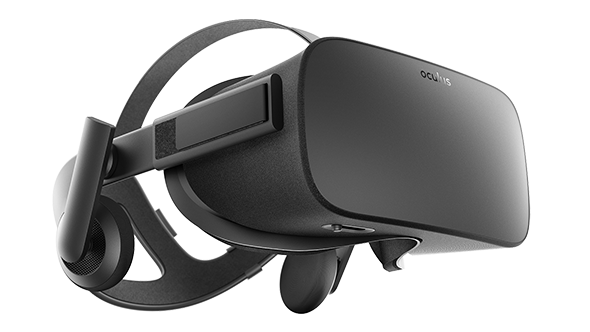 Can any video be viewed on Oculus Rift? No. Only the video format that supported by Oculus Rift can be played. Here is a small list of the types of videos you can view on your Oculus device.

Oculus Rift VR supports 180 and 360 videos in 2D and 3D formats. In 3D videos, 2 polarized images are placed side by side (SBS) such that one image reaches one eye at a time. By controlling what the left eye sees and what the right eye sees, a depth perception is achieved. There is also the Top-Bottom display approach which is not used on Oculus Rift VR devices.

This article is going to show you how you can create 2D and 3D (including 2D-3D conversion) videos for your Oculus Rift VR device. You can also create 180 and 360 degree videos if you desire.

Video Converter Ultimate is one of the best Oculus Rift Video Converter for Windows and Mac. It is designed to convert non-VR 2D/3D videos, DVD, ISO to Oculus Rift 3D SBS format, but it can also convert almost all video formats downloaded from any VR content providers like YouTube, Facebook and more for playback on iPad, iPhone, Android, etc.

Pavtube is another popular application for creating 3D videos. Since Oculus Rift VR supports 3D SBS videos, that is what we are going to create. To create 2D videos, see the supported formats we listed.

The name you assign to your video matters. Here is the naming convention used to label your 3D panoramic video:

For your normal/2D 360 video to be compatible with Oculus, add “_360” to the end of your file name. For Example: If your video file was MyAppualsVideo.mp4, label it as MyAppualsVideo_360.mp4.

The Oculus Video app for Rift pulls video files from your default Windows video folder. To transfer your video files to the Windows Video folder:

How to: Convert 2D/3D Videos to Oculus Rift VR