Windows updates have always been a synonym for something annoying and for something we postpone until the last minute. However, updating to Windows 10 was almost forcefully installed on a majority of older versions running Windows 7, 8, and 8.1 and there was almost nothing you could have done about it. This method used by Microsoft received an overally bad feedback by the Internet community but Windows 10 is definitely a satisfying operating system and there are not a lot of things to complain about. The update process is a whole another story with its issues.

Update Gets Stuck at 99%

This particular issue only seems to affect Windows 7 users who are trying to upgrade to Windows 10 since there have been no Windows 8 and 8.1 users who complained about the same issue. There are various different percentages where the update seems to stop often but it appears these issues are all the same. Another percentage the update gets stuck at is 32% so follow the instructions below if your update gets stuck at that percentage. This can be quite frustrating once you decide to update to Windows 10 after a long time of simply denying the update and Microsoft should definitely make the process easier if they are going to force it.

Solution 1: Leave the Update for a Long Time

Experts from Microsoft have said that the updating process should take 90 minutes at most but there are some PCs where the process might take longer than usual. Their recommendation is to simply leave your updating process running for at least 12 hours before trying to restart it.

This is usually the issue with older devices who can barely support Windows 10 running and this should be your first troubleshooting step.

Solution 2: Kill Some Services before Starting

If the command is successful, you should be prompted with a message saying: 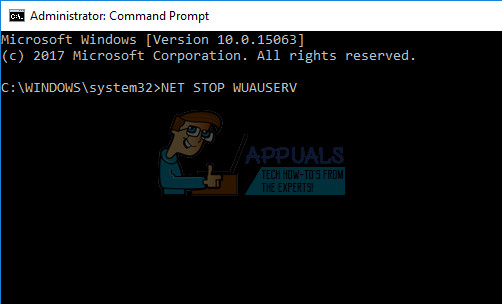 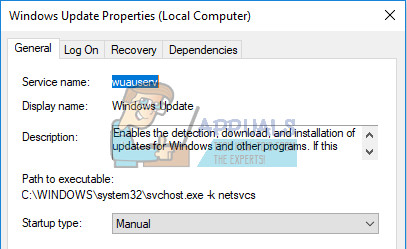 Solution 3: Free Some Space on the Disc and Disconnect External Drives

In order to install Windows 10 via the Windows 10 Upgrade Assistant App, you will need to make sure you have plenty of extra storage available. If you are using the Media Creation Tool, you should know that you are not able to resume interrupted downloads so each new failed installation creates new files and a lot of space gets occupied.

Solution 4: Use a Quick-Fix

A batch file was recently published and people claim it worked like a charm for them. It’s sort of a quick-fix which does its magic and enables you to go through with the update.

If you notice that your update is stuck at 99%, using a hard shutdown may fix the issue and the update might resume just where it stopped at and go to 100% in no time.

This has worked for some people and some of them only managed to proceed after third or fourth shutdown. Just make sure that your hard disk is not occupied by checking its LED light.