Although kk is derived from OK and they mean the same, they were originated in two differ eras. Which is why kk is mostly used by the youngsters. Ok was born in the USA, and is said to be an abbreviation of the word ‘ORL KORRECT’ or ‘ole kurreck’, a humorous way of spelling ‘all correct’. It was a catchline used during the presidential re-election campaign of Martin Van Buren (1782–1862) in 1840. It was also strengthened because of the initials of his nickname Old Kinderhook.

The Origin of KK

KK is an abbreviation of OK. Used by the youth online and during texting. Kk is said to be originated in the early 21st century. It is an abbreviation of k, kewl, a stylish way of spelling Ok, cool. The expression was first used by online gamers to save time while playing the game. Kk is easier to type when compared to OK. A non-gamer would never understand that ever split second counts while gaming. It was also used by gamers to acknowledge that the message has been received and communicate with other gamers. It is the same as nodding in person or saying ‘gotcha’, which means: ‘I got you’ or ‘I understand you’. This term, like many other Internet slangs, is part of online conversation culture now. We see every other person using it, as it is a trending chat term. It is often used by the younger generation in online chat rooms and instant messengers. You will also see a huge population of the older generation using the term while texting. The term kk is also used more often by people who are always on the run because it is easier to type. No matter how busy you are you can reply with a kk in agreement to any text. People usually type this expression in lowercase alphabets 90% of the time.
Although, in an enthusiastic situation people are bound to use it in all caps, which can also be interpreted as rude, at times. kk is short for OK.

The Many Meanings of Ok/kk

There is more than one meaning of Kk/ Ok;
Listed below are a few:
K=OK

It is an expression commonly used when playing games online.
It is an online gaming/chat term. Used to express acknowledgment.

123barakonaba: GTG, be right back in three minutes.
Lesstoo121: kk

The dictionary meaning of OK would be to give approval or to express agreement.

Boyfriend: “Do you mind if we stop by Thomas’s place first to hang out there for a bit?”
Girlfriend: “Okay.”

Mom: Can we go grab a plate of Pani puri before we go shopping?
Daughter: Ok! That sounds fun.

Bestfriend: Let’s do a movie marathon instead of going for lunch.
Sully: Ok. I’m excited.

Wife: I’ve decided that the theme of Maher’s wedding is white and black.
Husband : Ok! that’s a really unconventional theme, I’m sure everyone will like it.

Niece: Please tell mammu jaan to get some bread for the ducks, mama.
Aunt: Ok, beta, I’ll inform him.

It is also used as an expression, which literally means “I’m fine”. This meaning of ok is mostly preserved as a lie.

Friend: How are you coping with the breakup?
Macroon: I’m okay I guess.

Ok is also a form of passive-aggressive texting or online chatting language. People usually also use ‘K’ when their boyfriends or friends say something really annoying that they can’t even deal with it, so they hit them with a ‘K’. Which leads to them asking us what’s wrong. So it is a passive-aggressive way off confronting a non-confrontational situation. When the term is used in a situation like this it is considered rude or sarcastic. People sometimes also use a single k instead of a double in a scenario like this to look more aggressive.

Boyfriend: Hey bae!
Slight change in plan. I gotta go hit the gym before I come to see you.
Annoyed girlfriend: K
Boyfriend: Are you annoyed?
Girlfriend: *ignores message*

Best friend:*Goes on and on about the same guy for an hour*
Sarah: K

Sehr: *Texts best friend*
Hi! I just finished lunch with Jessica, had the best time ever.
Best friend: WHAT? You know I hate her!!
Sehr: Yep, but I thought she deserves a chance.
Best friend: K 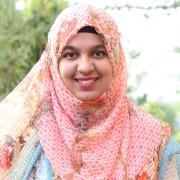