Groove Music is the onboard audio player that accompanies all builds of the latest version of the Windows Operating System – Windows 10. Groove Music, in a nutshell, is a redesigned, revamped and slightly improved iteration of Xbox Music with an entirely new name. Groove Music has a substantial amount of positives, but according to countless Windows 10 users, Groove Music’s positives are pale in comparison to the many negatives, errors and random crashes that the application brings to the table.

Unlike most other Windows applications, Groove Music cannot be uninstalled by simply opening the Start Menu in “All Apps” mode, locating and right-clicking on Groove Music and clicking on Uninstall. Since Groove Music is a built-in Windows 10 application, you will have to jump through a few (pretty easy) hoops to get rid of it. To uninstall Groove Music, you need to:

Type powershell into the Search bar. 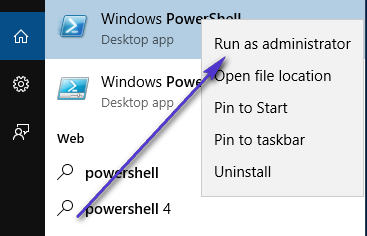 Right-click on the program named Windows PowerShell that appears and choose Run as Administrator.

Type the following code into the Windows PowerShell dialog:

Press the Enter. Wait for Groove Music to be uninstalled. Once the command has been fully executed, all traces of Groove Music will have been eliminated from your computer and the application will no longer interfere with any other music players.

How to: Uninstall Groove Music in Windows 10