Android TV has been slowly but surely maturing as a platform since the initial launch in 2014. Right now, the market is not solely restricted to TV manufacturers that choose to make Android TV the de facto operating system. In the last two years, we have witnessed an explosion of Android TV boxes that will allow you to convert any TV with a HDMI port into a Smart TV running on Android.

One of the first things that come to mind when thinking about Android is accessibility. Even though Smart TVs that ship with Android TV are usually overwhelmingly expensive flagships, Android boxes cost well under $100 – some are even capable of streaming 4k HDR videos.

But what good is Android on a big screen if you can’t find the right content for it? As with all new platforms, Android TV suffered from a shortage of apps in its incipient form. But after three long years, it seems like the app lineup is finally worthy of the Android name.

If you have an Android TV device and you’re looking for the best experience possible, you’ve come to the right place. We have put together a list with the must-have Android TV apps that will help you get the most out of your Android TV.

HayStack has had a meteoric rise in the last couple of years. Their latest feat is a Google Play Award for the Best TV Experience of 2017. Despite the nice recommendations, the app won’t be preloaded on most Android TV devices, so you’ll need to install it yourself.

If you keep yourself informed about the latest politics and news from top organizations such as CNN, NYTimes, BBC and the likes, why not do it all from your Android TV? 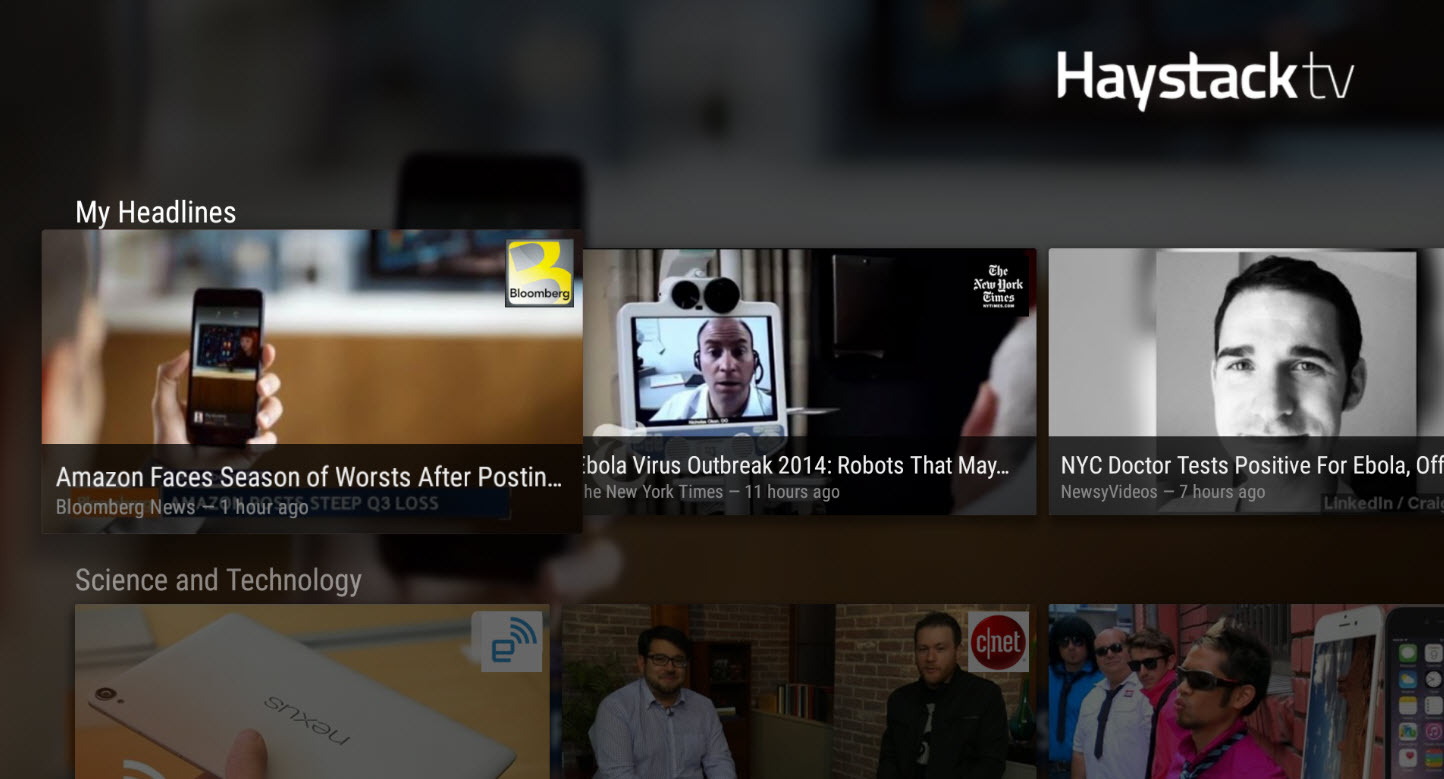 Haystack is a news app that does things differently. You’ll get started by picking your most reliable sources and pick your interests from a lit of different topics. Similar to Netflix, Haystack TV will get smarter by learning your interests from the sources, categories, and topics you’ve previously selected. The app will then tailor your daily newscast to match your interests.

Haystack is a free (with ads) alternative to cable news. If you’re living in the US, this app should not be missing from your Android TV line-up. Aside from international news outlets like CBS, CNET, GameSpot, and Newsy, the US version of the app includes over 100 local news stations.

After you got your news subscriptions set up, the next thing you should worry about is finding a reliable video player. If you want to avoid testing yourself, we recommend MX Player. On Android smartphones, it’s one of the most reliable video players to date. Luckily, it retains the title on Android TV as well. 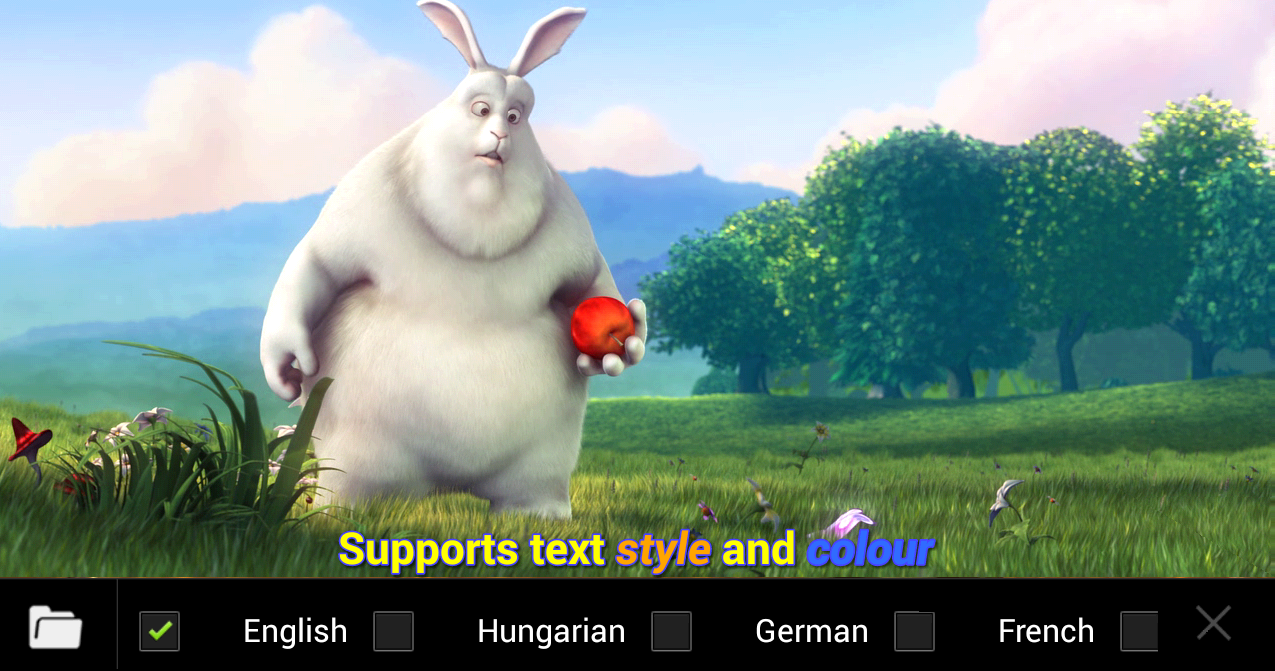 If your default Android TV video player has modest specs and is lagging behind when playing high-quality video content, try playing the same video on MX video player. It has a new HW+ decoder with great hardware acceleration, so chances are you will get rid of the lag.

One of the most sought features in video players is the ability to play as many formats as possible. MX Player plays nice with almost any codec you’ll ever need, and it does it all in a very intuitive interface. If you have a large collection of locally stored videos in different formats, this app will open them all.

As a foreigner, I like watching all my movies with a subtitle, but I have found a lot of video players on Google Play Store that are incapable of displaying subtitles. Fortunately, MX Player loves working with virtually every subtitle format out there including srt, sub, txt, pjs, ssa, smi, and many others.

A reliable file manager is a must-have in any Android environment. There are built-in ways to transfer files between your Android TV and other devices, but a lot of times they seem to overcomplicate things. The best way to proceed in my opinion is to go with a 3rd party solution specialized in these sort of things. 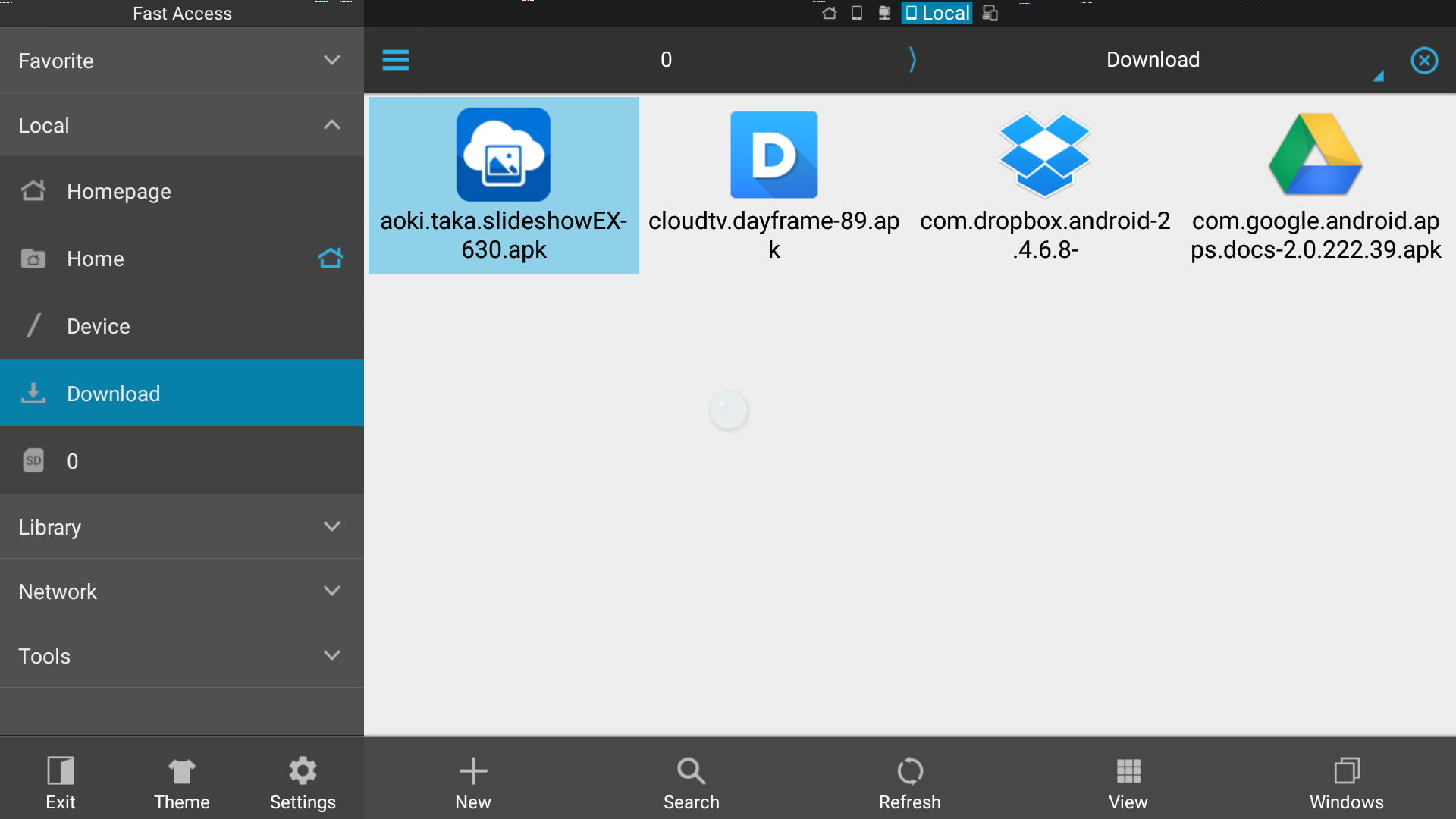 ES File Explorer will help you manage all your stored files on your Android TV. Aside from performing standard chores like moving a folder from one place to another or renaming a file, ES File Explorer will let you perform a lot of powerful tasks. You can use it to connect to a Cloud device to create an FTP / SFTP connection in order to transfer files wirelessly. Another cool feature is Remote File Manager – you can use your Android TV to manage the files from your computer/phone and vice versa.

If you like to keep a tight leash on your Android environment, this app should not be missing from your inventory. It also provides the easiest way to sideload apps on Android TV.

If you end up sideloading an app like Google Drive, you’ll want to get a sideloader launcher since some Android TV devices won’t deal well with sideloaded apps. Even if you install the APK, chances are the app icon won’t be displayed in the main menu since it’s not optimized for Android TV. You can fix this by downloading Sideload Launcher. 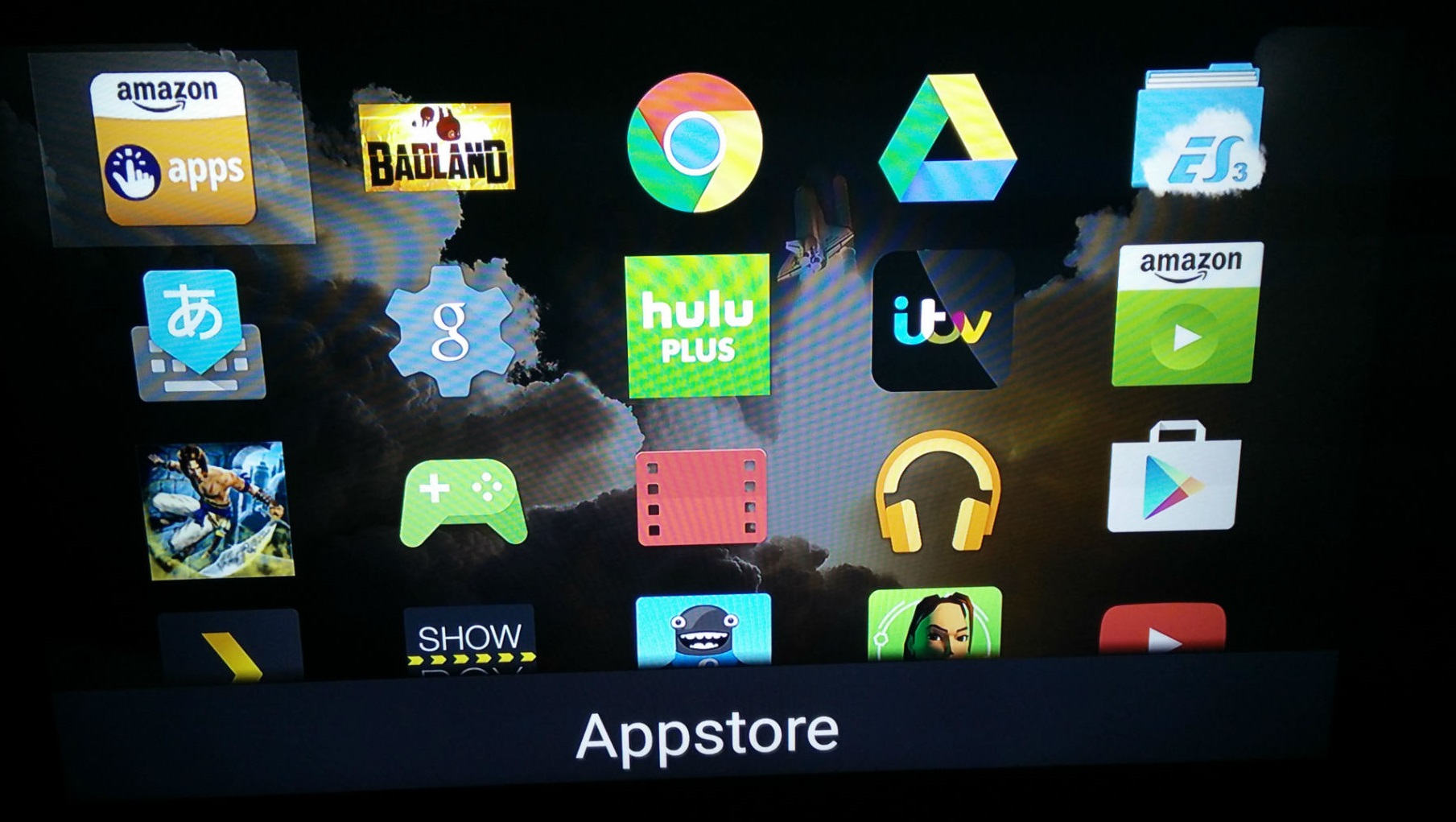 By default, Android TV will require all existing apps to be updated and declared compatible by the developers before they become available in Google Play Store. But that doesn’t mean that apps declared incompatible won’t function on Android TV devices. Sure, the experience won’t be as streamlined as some of us would desire, but you can still get some functionality out of them.

If you managed to install an app that doesn’t show up in the Leanback Launcher (home screen), download Sideload Launcher and see if it allows you to launch sideloaded apps.

Keep in mind that this app is only intended for the new batch of Android TV devices like the Nexus Player and ADT-1. Some users have reported the app to be working on older models, so you can give it a try and see if it’s compatible with your Android TV.

Google Drive is an app that Google considers to be not compatible with Android TV. While the reasons for declaring an in-house app incompatible eludes me, Google Drive seems to be working perfectly well on an Android Tv. That is if you decide to sideload it, of course. 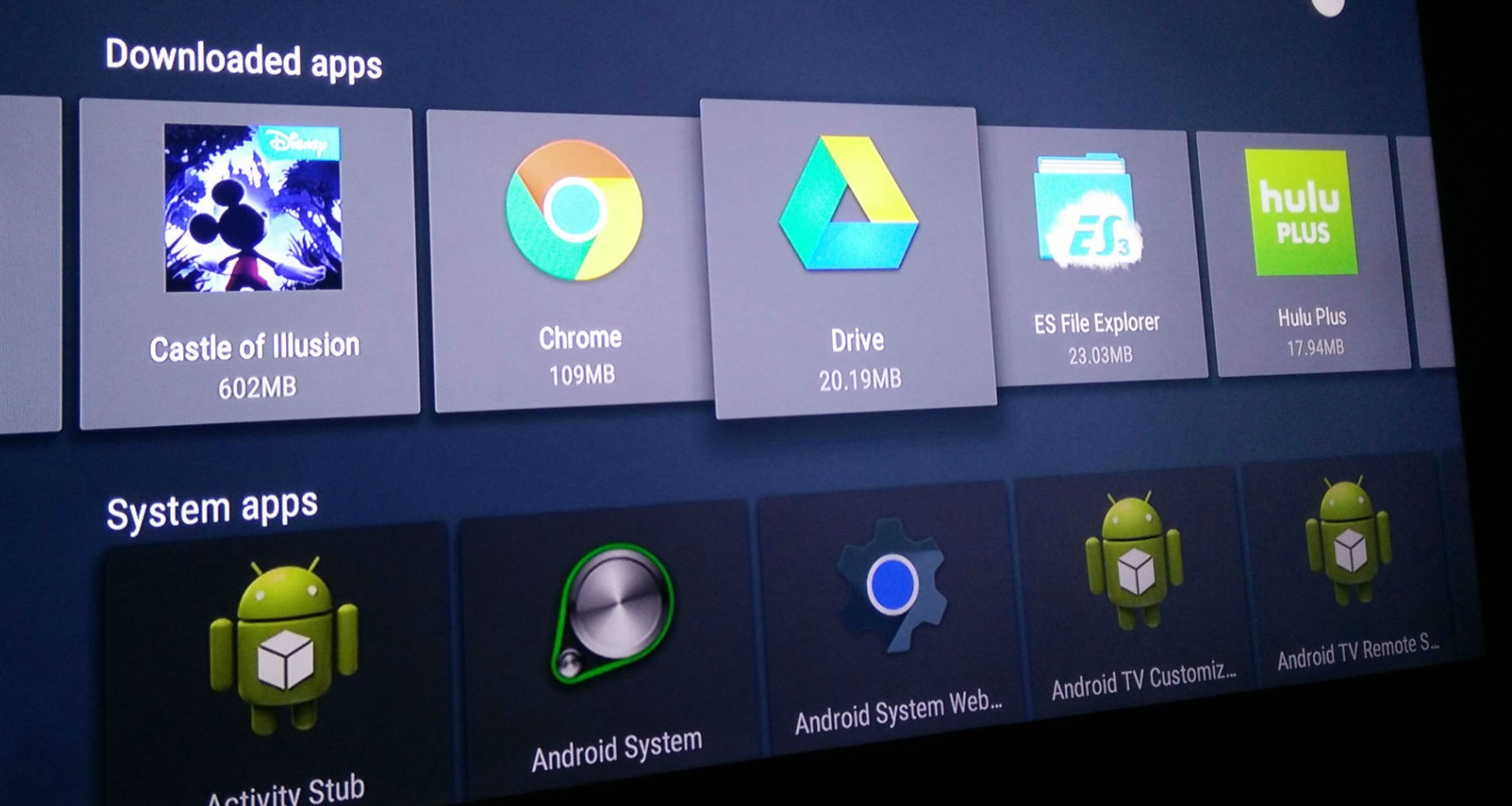 You can install it fairly easily by using an app like ES File Explorer or by placing a copy of the APK inside the SD card and installing Google Drive from there.

Don’t expect the interface to be as friendly as the smartphone version. It won’t be fully optimized and the app icon won’t be visible unless you install Sideload Launcher. Luckily, the functionality remains unhindered. You will have easy access to all your Drive contents and will be able to move files freely between your device and the cloud.

Chrome is yet another example of an in-house app that failed to pass the compatibility guidelines for some Android TV. I guess the reasons behind this are understandable since it’s much harder to navigate the web with a handheld remote. If you have an Android TV compatible mouse, it makes sense to install Google Chrome after all. 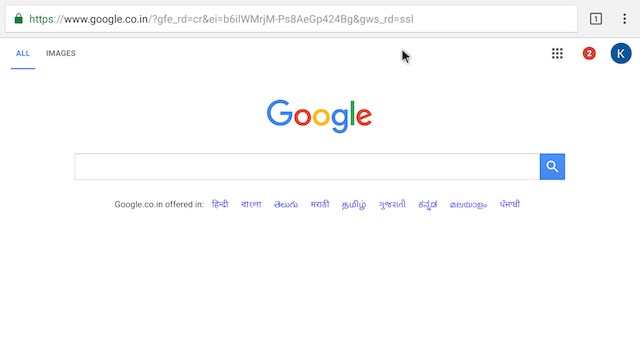 Considering that we’re were talking about Android, you can sideload Google Chrome quite easily. You’ll need to extract the APK and use an app like ES File Explorer to transfer it to your device and install.

I have found that Chrome is easily the most proficient browser, even though it’s not officially supported on Android TV. The preloaded we browsers are clunky and will most likely make you lose your temper.

PS: New Android TV devices have started shipping with Google Chrome included in the list of preloaded apps. If you have a new Android TV or Android box, chances are Chrome will be installed by default.

If you’re used to using VPN applications on your PC or smartphone, this app will help to keep you anonymous while browsing the internet via your Android TV. It can also be used to bypass geographical restrictions placed on a lot of premium online content (I’m looking at you, Netflix).

Tunnelbear is not yet optimised for Android TV, it will work very well on a big screen TV if you manage so sideload it. Before investing in a subscription, you can try TunnelBear for free first. The app offers 500 MB worth of browsing data every month, without having to insert a credit card. This is more than enough to get you started, but if you burn through it quickly, you can invest in a premium subscription which will give you unlimited browsing data. The pricing for premium subscriptions starts at $5.

Tunnelbear has a global VPN network of over 20 countries to choose from. The speed is great and you won’t feel any difference between browsing with and without VPN enabled. If you’re worried about security, you should know that TunnelBear only uses the AES-256 bit encryption and won’t allow any type of weaker encrypted files from going out.

NetFlix is by far the most popular movie and TV show streaming platform. Since the’re are so many subscription payers around the globe, chances are you’re one of them. If you already purchased a NetFlix subscription, why not use the dedicated app for Android TV? 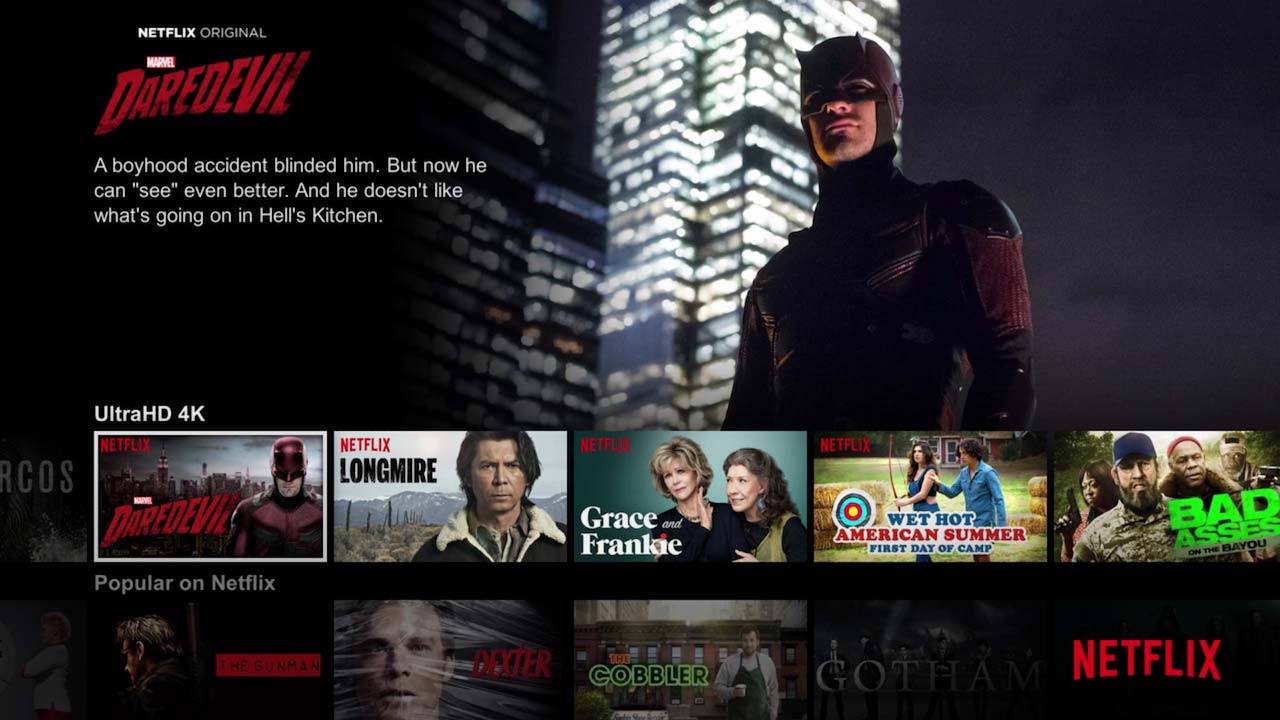 The service has a huge variety of TV shows, documentaries and movies to choose from. I can almost bet you’ll find something to your liking. If you’re worried about the money, hurry and sign up for a free month.

Most Android TV flagships have Netflix installed by default, but if you don’t have it, you can download it straight from Google Play Store. The app is fully compatible with Android TVs, so there’s no need to sideload it.

If you already committed the serious tech crime of owning an iPhone and buying an Android TV, you might think there isn’t any compatibility between the two. Well, Google decided to take the high ground an allow AirPlay to feature in the list of Android TV compatible apps. 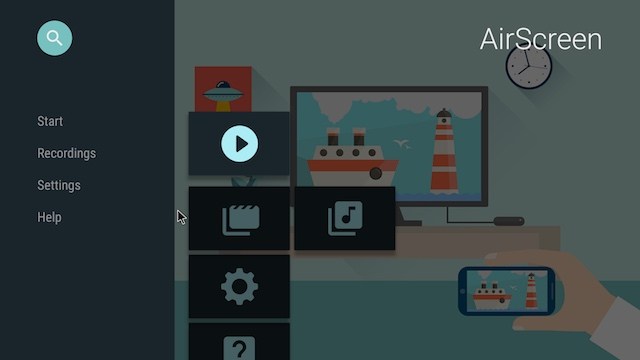 Be advised that even if the app is free, you’ll be required to pay a monthly subscription before using it to its full capabilities.

If you’re one of those people that can’t-do anything good without listening to the right music, you need to install Spotify on your Android TV as soon as possible. Be advised that Spotify is not available in all regions of the world. 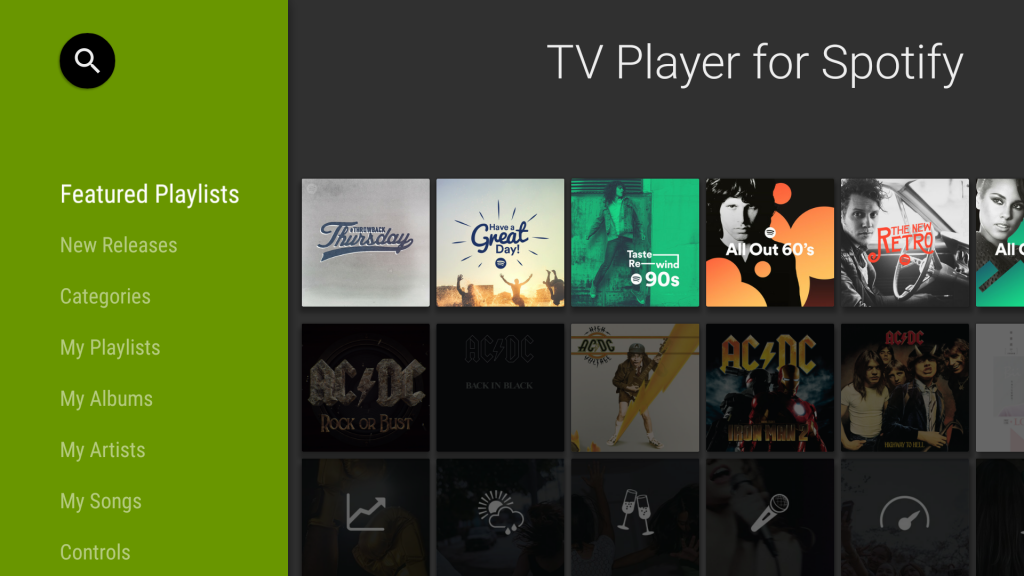 The basic version of Spotify is free, but if you spend some money on the paid subscription you won’t be bothered by ads between songs and you’ll be able to skip tracks as often as you want.

Most Android TV boxes like Mi Box have Spotify pre-installed, but if you bought a Smart TV with an Android TV os, you’ll probably need to install Spotify from Google Play Store.

I certainly hope our selection with the best Android TV apps currently available proved useful. Although Android TV comes with a lot of preloaded apps that will get you started, why not get even more out of it?

Since it’s Android we’re talking about, don’t be afraid to sideload apps that are categorized as incompatible. You’d be amazed at how may of them work absolutely flawless on devices running on Android TV. Feel free to explore other entries yourself and maybe let us know in the comment section what are the apps you most frequently use on your Android TV.

Kevin is a dynamic and self-motivated information technology professional, with a Thorough knowledge of all facets pertaining to network infrastructure design, implementation and administration. Superior record of delivering simultaneous large-scale mission critical projects on time and under budget.
Android
Android
Back to top button
Close
Close
Close