iPhone X is the best product from Apple’s world. With that whopping edge-to-edge display it shines with its design and built quality. And, while we are all still amazed from its look and performances, BOOM! The next big thing just happened. A green line across the iPhone X screens, out of nowhere.

Some call it “Line-Gate” or “Green-Gate,” and others the “Green Line of Death.” But, no matter how you call it this is a big issue for all the affected iPhone X users out there. If it happened to you, I am sure that you know what I am talking about. And, if it didn’t, it is better to stay that way.

However, if you are not familiar, a couple of users around the world experienced a green line appearing on their iPhone X’s screen. So, after a lot of research on this problem, I decided to share with you the cause of this issue, as well as the possibilities for a solution. In this article, you will find out what to do if your iPhone X is a victim of the “green line of death.” 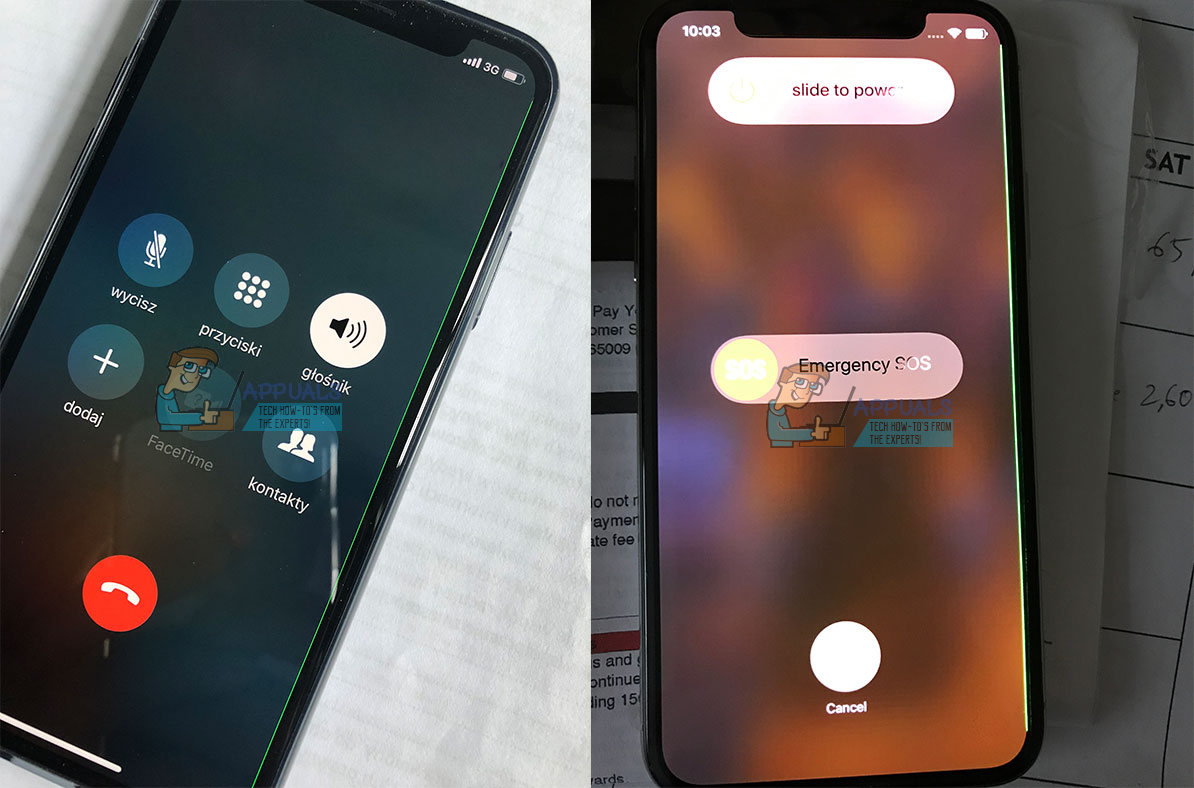 Some iPhone X users recently reported that a random green vertical line appears on their shiny devices’ displays. In most cases, the green line is located on the right or left side of the screen. And for some users, it appears right next to that minimal side bezel. However, one thing is in common when we talk the unlucky owners who experienced that green line of death. It is ever-present, and it does not go away even when users restarted their devices.

Another thing worth mentioning here is that the green line happens even to users who have never dropped or damaged their devices. Additionally, some users even reported having a green line on their iPhone X’s displays right out of the box.

The only good news here is that this problem affects only around 30 users so far. Thought the green line problem does not appear to be widespread, the list of reports on Apple’s support forum and Twitter still grows. For now, we can only hope that this will not become the successor of iPhone 6 Bendgate. And, while crossing our fingers, let’s examine the problem closely.

What is The Cause of The Green Line of Death?

According to all symptoms so far, the green line of death is a result of a hardware issue.

If you look back in time, you can find similar-problem scenarios that happened on other non-Apple devices. More precisely, this issue occurred on phones with OLED displays. So, it means that this green line problem is not an unseen smartphone’s flaw in the world. However, it is a new issue for the iPhone X users.

We know that this year, Apple included the OLED technology in their brand new devices for the first time ever. Moreover, this Apple’s OLED displays are exclusive for the iPhone X, while the iPhone 8 and 8 Plus still have LCD panels. If we consider that there isn’t any iPhone 8 or 8 Plus user who has complained about the green line issue yet, we can say that Linegate is also exclusive to the iPhone X. This fact increases the chances that the cause of this green line of death is malfunctioning in the OLED panels of the devices.

Don’t get me wrong here. I am not an OLED expert, but according to Techcrunch, every iPhone X has a diamond sub-pixel pattern in its display. While the blue and red sub-pixels appear alternately, the green ones create seamless lines from the top to the bottom of the screen. What is likely happening in affected iPhone Xs is an electrical fault which causes a voltage flow to a vertical line of green sub-pixels. If the green line is thick, the voltage flow occurs multiple rows of pixels.

Aside from the scientific explanation of the problem, the most important thing for all iPhone X users which are dealing with the green line of death is how to get rid of this issue.

What Can You Do to Get Rid of The Green Line of Death?

Restarting your iPhone is the first thing that would probably come to your mind. But, in this case, it would not help at all. If you are reading Apple’s support forum, you have likely found out that there is not a simple trick that can fix the green line problem. And, what is even more disturbing, is the fact that this issue most likely could not be solved with any upcoming software updates. Some users have reported that the line went away on its own, for a short period of time. However, they also have stated that the issue came back later.

So, what can you do to fix the green line issue on your 1000-Dollar device?

The only solution to this problem is replacing your iPhone X. Apple knows about the green line issue. A couple of users reported that they have already returned their devices with this kind of problem. So, make a backup of your iPhone’s data and head down to the local Apple Store. Show your iPhone X to the Apple employees, and they will tell you what can you do from there.

Do let us know if you are experiencing the green line of death issue on your iPhone X. And if you do, send us pictures of your green line problem by submitting them in the comments section below.