One or more specified arguments not valid means, the entry generated by the task scheduler is missing the required arguments needed to execute the task. This may be due to a certain group policy in effect, or that the task hasn’t been configured properly. The task scheduler is a program that takes in a list of programs and makes them run one after another in a specified order. When the Task Scheduler is given a task that does not meet the normal requirements, it is most likely going to give an error that tells the user that the task given to it is not valid.

Method 1: Make sure that you have the proper permissions

A common issue with Windows programs is the need for elevated permissions when there is no prompt to let you know this.

While you are in the Task Scheduler, underneath the General Tab there is a Security option to use a specific group to run the task. If the Task doesn’t have the correct permission, you will get this error.

Change the group to SYSTEM to elevate the permissions the task has. 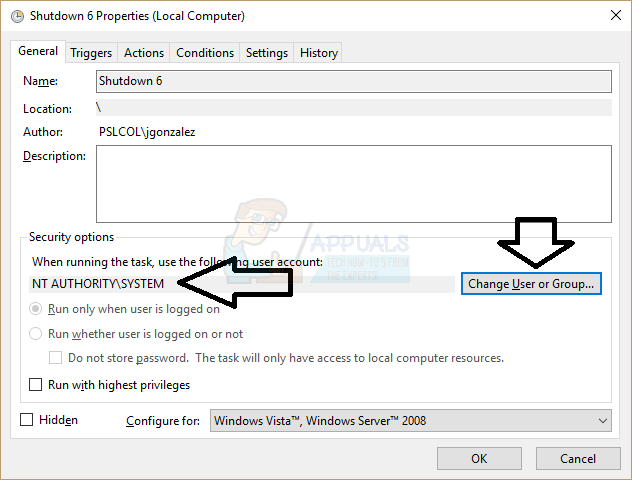 Method 2: Check to see if any of the files for Windows has been recently corrupted.

While the error normally occurs when try to schedule a task that doesn’t have the correct permissions, if a file has been corrupted that is not an essentially Windows file but still a Windows file, then you might seen this error.

Open the command prompt as an administrator.

It will then scan the computer for any corrupted files, if it reports corruptions then execute the following commands:

Wait for the scan to finish.

With a final sfc /scannow after that to confirm that no violations or corruptions are found. 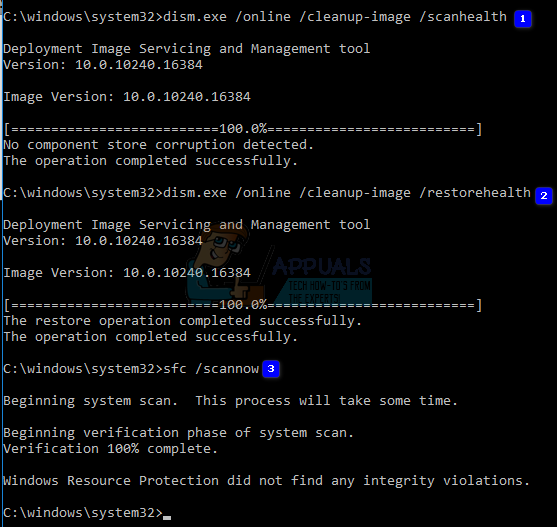 Restart the computer and see if this fixed the issue.

One of the permissions settings of Windows in the Task Scheduler is that a password must be entered in order for the Task Scheduler to edit anything. This is because each group, as mentioned in method one, has its own credentials.

However, if you are one of the individuals who decided to opt-out of making a password for your computer then you may see this error. This is because the Task Scheduler enters an empty string as one of the parts required to alter the information the Task Scheduler runs on and certain policies restrict SYSTEM and USER accounts from executing tasks without a password. This could be a result of a Group Policy in effect.

Generally, In normal programming languages, checking against an empty string, or a space with quotes around it, can cause some unexpected problems due to the fact that there is no ASCII translation for a “no space”. ASCII is the universal language used by computers so that we can see words on a screen instead of numbers.