The “Something went wrong” error shows up when Windows 10’s attempts to communicate with Microsoft servers fail, and the following are some of the most effective methods that can be used to resolve this issue:

Set the date, time and time zone on your computer

Allow your computer to use SSL and TSL

In many cases, allowing their computer to use SSL and TSL protocols enabled their Operating System to connect to the internet or, more specifically, the Microsoft servers and consequently got rid of the “Something went wrong” error for many a Windows 10 user.

Open the Control Panel. Navigate to Internet Options. Click on and head over to the advanced, Scroll to the very bottom of the checklist. Check the boxes beside the Use SSL 2.0, Use SSL 3.0, Use TSL 1.0, Use TSL 1.1 and Use TSL 1.2

Try creating a new user account after implementing these changes, and you should no longer receive the “Something went wrong” error message.

Create a new user account through the Command Prompt

Open the Start Menu. Type cmd into the Search bar, right click on the program named Command Prompt that appears and select Run as administrator. 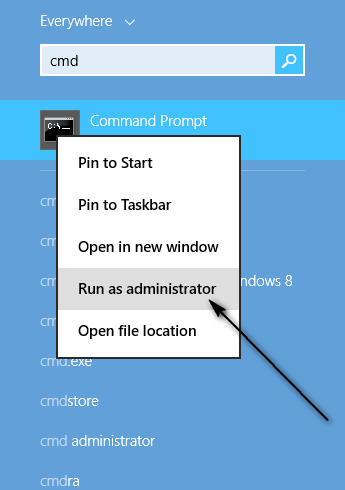 Press the Enter. As soon as the last command is executed, a new Administrator account will have been created on your Windows 10 computer, and this user account will not be affected by the “Something went wrong” issue that the account you were previously using was.

This method is suggested by Ahmad Barakat in the comments section. The reason for him was that there was another account setup as a Microsoft account, this account was created automatically after upgrading to Windows 10!! and prevented him from signing in with his user profile. So he did this -> “Go to the user accounts> Manage other accounts> find that account and delete it”

Fix: “something went wrong” while creating account on Windows 10