Who hasn’t heard of Windows Media Center? It is a media player as well as digital video recorder created by Microsoft back in 2002. It was considered as one of the best media center applications at that time. The main purpose of the Media Center was to record TV programs from antennas, cables or satellite signals. On the other hand, it was also used as a media player to play music and videos stored on hard drives or network locations.

To set it up on Windows 10, you should follow the instructions in this guide.

Note: This method is not supported by Windows 10, so, it is not guaranteed to work perfectly. Although, there are no errors reported but still, it is unsafe. Make sure to backup your important files or create a restore point.

1. Download the Windows Media Center zip package from this link.

2. Extract the contents of the compressed file to a location easily accessible. In my case, I will extract it to Desktop. 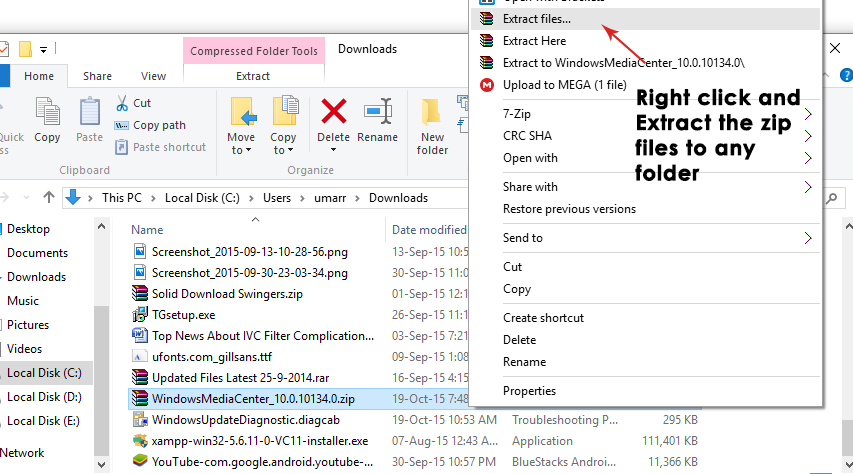 3. Inside the folder where you extracted the files, navigate to the emd and right click over it to run it as administrator. A command Prompt will open and close after a few seconds. If it doesn’t close, you can close it by yourself. Reboot your PC after the process is done.

4.  After the PC is rebooted, navigate to the extracted folder again and right click on cmd to open it administrator. It would run the installer and after it is done, press any key on the keyboard to exit the window.

5. Now, you can search for the Windows Media Center using Cortana in Windows 10. After you have found it, just launch it or you can also pin the shortcut to the Start for easy accessibility. 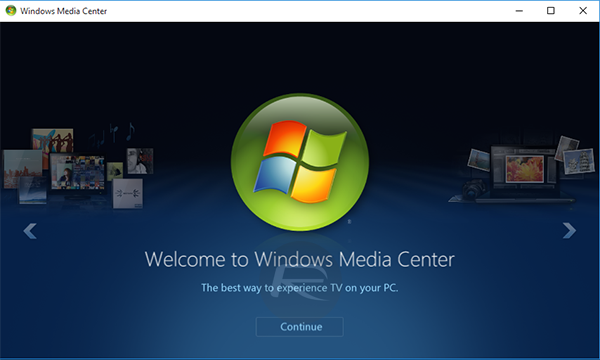 How to: Setup Windows Media Center on Windows 10