Windows Defender is the resident antivirus and threat identification and removal program to the latest and greatest version of the Windows Operating System – Windows 10. As of Windows 10, Windows Defender has completely replaced Microsoft Security Essentials as the default system protection program. Among the many duties that Windows Defender carries out on a regular basis for the average Windows 10 user is searching for and identifying any applications, files, folders or other elements that may pose a threat to their computer and then getting rid of them before they can actually do any damage.

Review all of the items on the list, determine what items you want to restore and then, one by one, click on each of them and click on the Restore button found at the bottom right of the window. 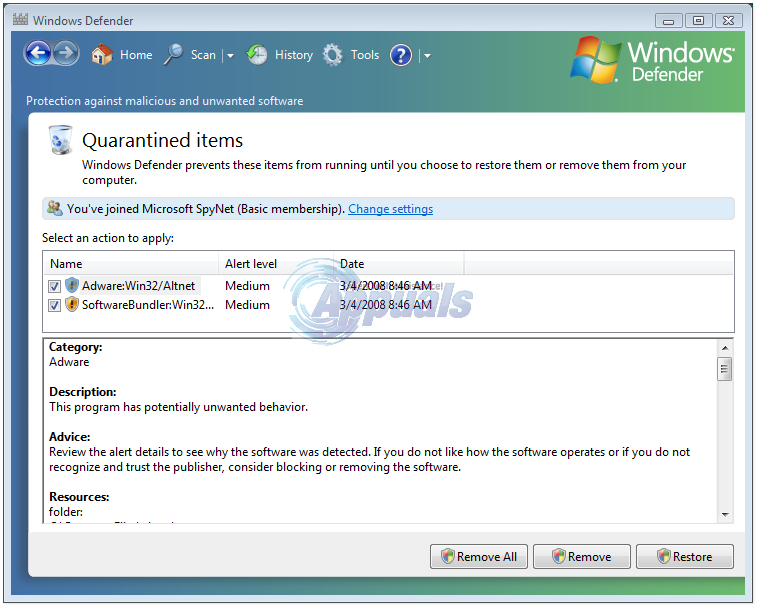