Debates over whether or not to use systemd are perhaps the only thing hotter in the GNU/Linux world than the on-going debate over vi and emacs. No one can tell you whether you personally want to use systemd or not, but fortunately you currently have the choice as far as Ubuntu and it’s various Canonical-backed spins are concerned. Disabling systemd in Ubuntu isn’t difficult at all. Anyone experienced with using the Bourne shell can do it with a few simple commands, even if they have little to no experience working with operating system kernel services.

Keeping it disabled forever is what’s difficult. Just like the previous Unix System V package, systemd bootstraps the user space and then manages all processes. Developers write Ubuntu packages around this paradigm, which means that they’re optimized for systemd and therefore require it in many instances. There’s a workaround where the apt-get package manager has to follow rules that forebade it from downloading systemd again. This might eventually break some packages, but it could be worth it for users who would prefer to avoid systemd without having to give Ubuntu up. Indeed, one of the biggest criticisms of systemd is the fact that the GNOME 3 desktop environment once depended on it.

One way that might work to remove systemd from Ubuntu-based distributions involves Debian-style pinning techniques. These work perfectly on some systems, but please keep in mind that your mileage may very. You’ll want to make a full backup before you actually go so far as to attempt to actually pull this off.

You first need to provide something to run in systemd’s place once you remove it, so you’ll want to issue apt-get install upstart-sysv sysvinit-utils -y from a terminal followed by

so you can be sure that the new sysvinit service is active. You’ll then want to issue the command update-initramfs -u to turn it on before rebooting your machine completely.

When your machine comes back online, you’ll want to use apt-get remove –purge –auto-remove systemd systemd:i386 -y to remove systemd itself before running several echo commands to put a line into different configuration files in order to be sure that systemd won’t be coming back. You could theoretically put these into a bash script, but you won’t need to if you don’t mind simply running them from the terminal one after the other.

After these complete, you may wish to run sync once or twice before rebooting your machine. Once this is complete you shouldn’t have any further problems with systemd being installed as a dependency for other packages, but you’ll certainly want to keep watch over apt-get output to ensure that you don’t end up with systemd packages on your system against your wishes.

Putting these commands in the preferences.d directory merely tells apt-get that systemd isn’t a priority package. Since the value -1 is lower than 0, this means apt-get shouldn’t actively seek to download systemd packages even when it’s told to by other packages. This is why you’ll want to make sure that other packages don’t reset this priority.

Method 2: Selecting a Distribution Close to Ubuntu without systemd

Ubuntu is becoming more entwined with the various functions that systemd provides because Debian is doing so, and Ubuntu is based around the Debian Linux blend. Some developers feel that this line of Linux distributions will eventually use systemd the same way that Microsoft Windows uses the service host. While it’s a far more radical fix, you might instead start to look at distributions that don’t use systemd from the start.

Existing Ubuntu users won’t have too much to learn when it comes to configuring the ISO images for these distributions, since they can be written to a bootable memory stick or SD card in much the same way as Canonical’s Ubuntu images are.

Current users of *buntu Linux distributions who wish to avoid systemd packages may wish to first take a look at Devuan, which is built on Debian without systemd, and it should provide a familiar interface as well as a familiar method of organizing the operating system. The developers who work on this particular distribution are formerly members of the Debian project, and therefore they work from the same design ideology. Since Devuan still keeps libsystemd0 around for dependency reasons, some purists may prefer to avoid it, but at https://www.devuan.org/os/announce/stable-jessie-announce-052517 they do offer easy to use ISO images comparable to those offered by Ubuntu. You could download any of these and then dd if= them to a piece of removable media that you don’t mind wiping. Remember that when you do this to install an operating system, you’re effectively destroying the existing file system, though you can always reformat and reuse the media for something else once you’re done with the process. 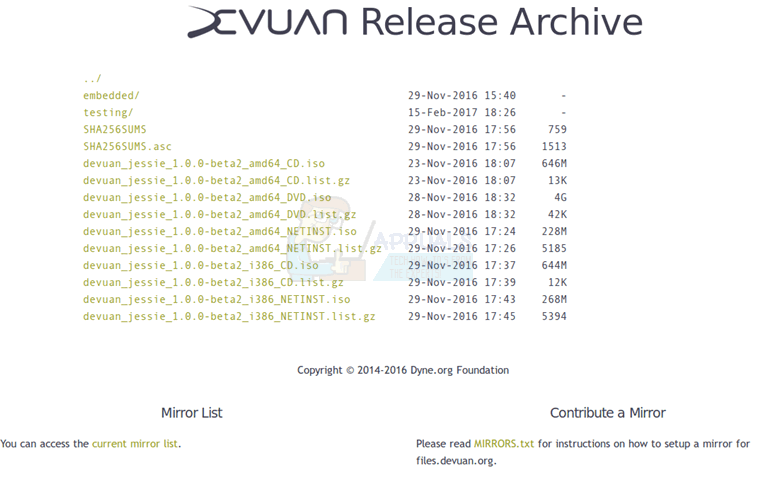 You may wish to look instead into comparing different distributions without systemd packages, and the page at http://distrowatch.com/search.php?pkg=systemd&distrorange=NotInLatest#pkgsearch makes this easy. DistroWatch provides a quick overview of Linux-based operating systems, and they offer this tool to view all of those that don’t require systemd packages.

They’re sorted by popularity by default, though it should be noted that this list includes a few other free operating systems like FreeBSD and TrueOS. While these aren’t based on Linux and therefore might be foreign to Ubuntu users, they’re still Unix-based. Some users who feel very strongly about this issue may want to switch to a BSD-based operating system that uses the Bourne shell and perhaps the Xfce interface or something similar so that they can be free of systemd without giving up what they’re used to from Ubuntu.