Minecraft Launcher Not Launching Error Code (0x800703e6) might be due to a bad cache, an unstable Microsoft store version or disabled services. The error code is usually visible to users when they try installing Minecraft Launcher.


Before Jumping right into the solutions bit we’ll thoroughly discuss the factors that might be the reason for you facing this issue.

1. Launch the game as an administrator

If launching the game as an administrator does not fix the error, continue to the next steps.

2. Verify and repair the game files

Verifying game files will look for missing or corrupt files in the root directory. Corrupt Game files could be one of the reasons you are facing this error as users have reported the issue fixed after they verified their game files. By Corrupt game files, we mean that the Minecraft root files have become inoperable and won’t function properly. To Verify game files follow these steps:

Once your computer has restarted, try launching the game if the problem persists continue to the next step.

Multiple services running in the background corroborate the smooth operation of the Microsoft Store and Xbox Game Pass application, we will be making sure these services are live and running by using a few commands, follow the below-mentioned steps:

Once all the services have been forced started try launching Minecraft and if the issue still persists continue to the next steps.

Deleting the Microsoft store cache will refreshen things as the store will be forced to download new cache which might help us in resolving this issue. To Delete Microsoft Cache follow these steps:

Once the LocalCache folder has been deleted, Restart Your Computer and try launching the Microsoft store if the issue remains continue to the next step.

Once your computer has restarted try launching the game, if the issue persists continue to next step.

Updating windows can provide feature enhancement and might fix errors you are facing with certain applications such as Microsoft store, refer to this article to update windows. 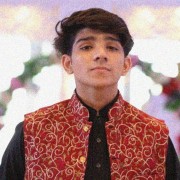 Dawood Janjua is a certified CCNA associate and provides supports to customers through a reputated third party organisation. Dawood is aiming for the CCIE in the future to provide support at the regional level and also wishes to expand his career into virtualisation.
Gaming
Recent Posts
Back to top button
Close