While the iPhone/iPad may just be the classier and more professional looking and feeling phone/tablet out there, it is far from perfect. People who use iPhone/iPad, like the users of all other Smartphones and tablets, run the risk of encountering tons of different problems. One of the most common problems faced by iPhone/iPad users is one where their iPhone/iPads get stuck on the lock screen, not responding in any way when the user swipes on the iPhone/iPads screen to unlock it. Users affected by the issue simply continue to see the lock screen with Apple’s patented phrase, “Swipe to unlock” on it, although their phones/tablets don’t respond to any stimuli whatsoever.

In many cases, this issue resolves itself when users just let their iPhone/iPad be for a significant period of time. However, in the event that this problem doesn’t resolve itself, an affected iPhone or iPad user can start to get worried as iPhone/iPads don’t come with removable batteries which they can simply pull out to force their devices to reset, restart and reboot into their Operating System. Thankfully, though, while iPhone/iPads users affected by this issue cannot pull out their phones’ batteries, what they can do to fix this problem is perform a hard reset which will basically restart and reset their iPhone/iPads even though they cannot turn their iPhone/iPads off by holding down the Power button.

In order to hard reset an iPhone/iPad that is frozen on the lock screen, you need to:

Hold down the Power and Home buttons on your iPhone/iPad for a total of 7 seconds.

As soon as 7 seconds are up, release the Home button but keep holding down the Power

You can release the Power button once your iPhone/iPad begins restarting. 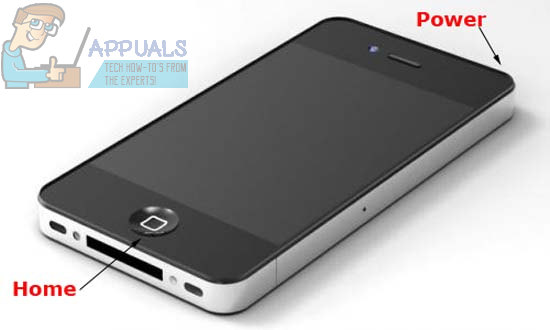 Once your iPhone/iPad boots up, it will no longer be frozen on the lock screen and you will be able to use it like you normally would.

If a hard reset doesn’t work, though, you should certainly have your iPhone/iPad looked at by a professional to check for a hardware-related cause behind this problem.