Clone phones are a prolific business, especially in the Asia region. You can find street vendors selling fake “branded” phones all over China, Philippines, India, Vietnam, and numerous Asian countries where street vendors are common. In western countries, you’re more likely to be scammed purchasing a phone online, such as through eBay.

The first warning sign is that these clone phones are much cheaper than the original model – though not always, as some vendors try to sell these phones for just slightly less than original value, preying on people’s ignorance. Many tourists see these phones and think they’re getting an authentic for a great value. Other times, people order phones online, only to be sent a clone.

In this article, we’re going to explain how you can easily tell a clone phone from an original, simply by checking several things in the software. Some factories that produce these fake phones are really good at copying brand-name designs, so it’s much easier to inspect the software information if you doubt a phone’s authenticity.

Internal Storage Does Not Add Up

Many clone phones will be sold as having better specs than they really have. The easiest to check is the internal storage. So, if a street vendor tells you a phone has 16GB internal storage, take a quick peek in Settings > Storage. You’ll probably see something like this: 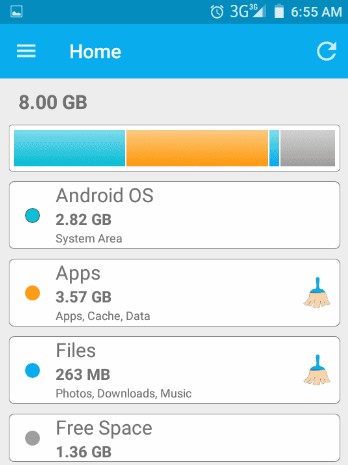 Here you can easily see the phone in fact only has 8GB of storage. However, sometimes special modified firmware has been installed on the clone phone, to give false storage values in the Settings menu. So if the phone shows the correct internal storage amount it should have, but you still doubt its authenticity, continue.

Take Some Pictures and Videos

Sometimes the phone is so obviously fake just by checking the physical rear camera. For example, the case might have two camera lens, to appear as a dual-lens camera. But then you remove the back cover, and discover one of the lens is actually fake.

For example, on this Samsung J1 clone, it appears to have a triple-lens rear camera. But the 3 bottom lenses are actually fake. Also, Samsung doesn’t even make a J1 model with triple camera lens.

So what you need to do is take a few pictures with the phone, to check the quality. If the phone is supposed to be a 24MP camera, for example, but it takes very low quality photos, its most probably a fake clone phone.

You can also try shooting video to test the internal storage. If Settings > Internal Storage reports the phone has 16GB internal storage with 8GB free, and you record a 5MB video, try to save it, and get an “Insufficient Storage Available” warning, guess what? It’s probably a fake clone phone.

A lot of clone phones have edited Build.Prop files, which is how they are able to display things like fake model names and internal storage values in Settings > About Phone. In fact, a lot of basic phone information is easily edited in build.prop just by changing a few lines with a text editor and rebooting the phone. For example, if I changed these lines:

Then the phone would display “Clone Phone 101” and “Appuals” in Settings>About Phone. It’s that easy.

But funnily enough, many fake phones don’t use fake build numbers. It’s possible, but most of them don’t. Because they can’t! What happens here is that most clone phones are based on cheap Mediatek SoCs, which rely on scatter files to load custom firmware. So the manufacturers of the clone phones just load them with readily available “custom” firmware for Mediatek devices – which means a lot of clone phones are actually running the same (or similar) firmware. 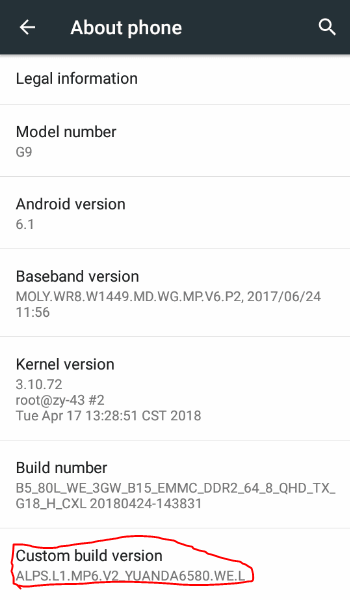 So here is a screenshot of the About > Settings from a fake Huawei G9 LTE. If we look at “Custom Build Number”, we can immediately tell it is running Mediatek firmware, which tells us the phone is definitely fake. Let’s explain this build number piece by piece.

Right off the bat, we know it’s a fake phone because “ALPS” is in the build number. Alps is an extremely cheap Chinese phone brand. Many clone phones are actually Alps phones with fake brand-name logos stuck on them. If you check this page on NeedRom, you’ll see “Alps” firmware for a huge amount of clone models.

The “6580” tells us it is a Mediatek 6580 chipset. So why don’t cloners create their own firmware? Because Alps firmware is easily available, and it’s not actually easy to modify Mediatek firmware just to change a few things that 98% of people won’t know. 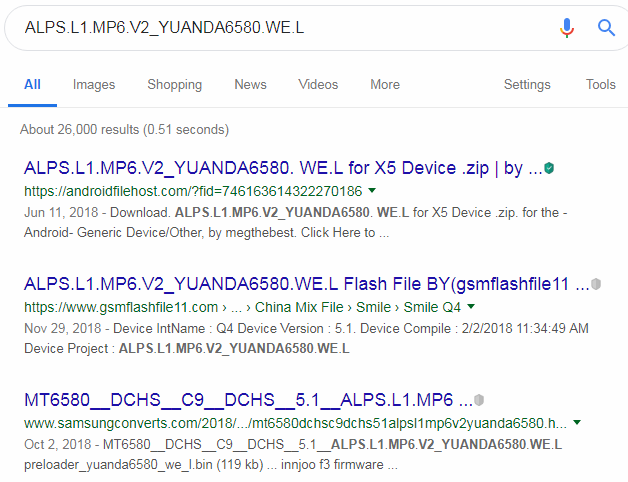 So if you doubt the authenticity of an Android phone, pull up Settings > About Phone and do a Google search for the build number it is displaying. If it does not bring you to the authentic manufacturer, but instead shows results for weird Chinese ROM hosting websites, you’ve got a fake.

Some phone manufacturers have custom dialer codes which can easily show if your phone is fake or not.

In a Samsung phone, for example, you can dial Samsung Codes in the dialer app, which should launch specific things once entered. If it doesn’t, you’ve got a fake.

Here’s some common manufacturer codes. You can Google for others.