We all know that Google Chrome is one of the top internet browser in the market and most of us prefer it over other browsers. But nothing is perfect and Google Chrome have its fair share of problems as well. One of the main problem that haunts its users is the memory consumption of Google Chrome.

So, here’s a list of things that you can do to improve the performance and speed of Google Chrome.

So, as you can imagine, increasing the size of the cache will definitely increase the speed of Google Chrome. But, you have to be careful and shouldn’t allocate huge amounts of memory to Google Chrome’s cache. 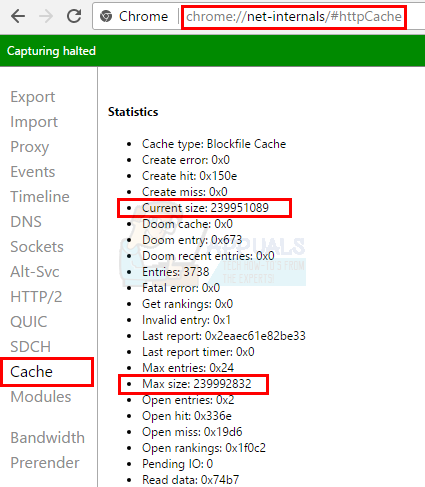 Now, follow the steps given below to increase the size of the cache 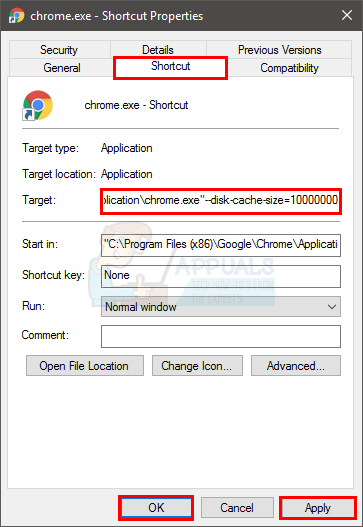 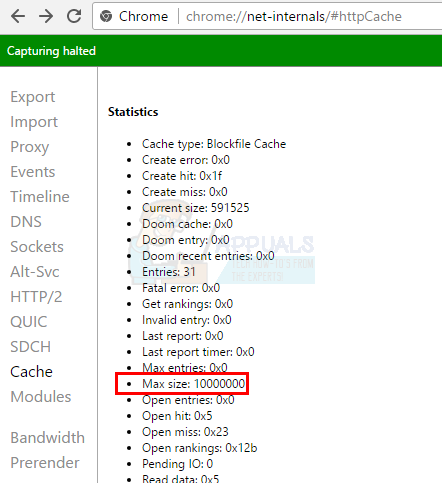 Once you are done, open Google Chrome and start browsing. There won’t be an issue and it will use the cache according the size allocated by you.

Extensions are a great way of adding an additional functionality to Google Chrome. There are plenty of useful extensions available in the Chrome Store. But keep in mind that extensions run in the background and use resources. Even if you don’t see your extension working they are using resources. This will certainly have an effect on your browsers performance. So, disabling or completely uninstalling the extensions is a great way to improve the overall performance. 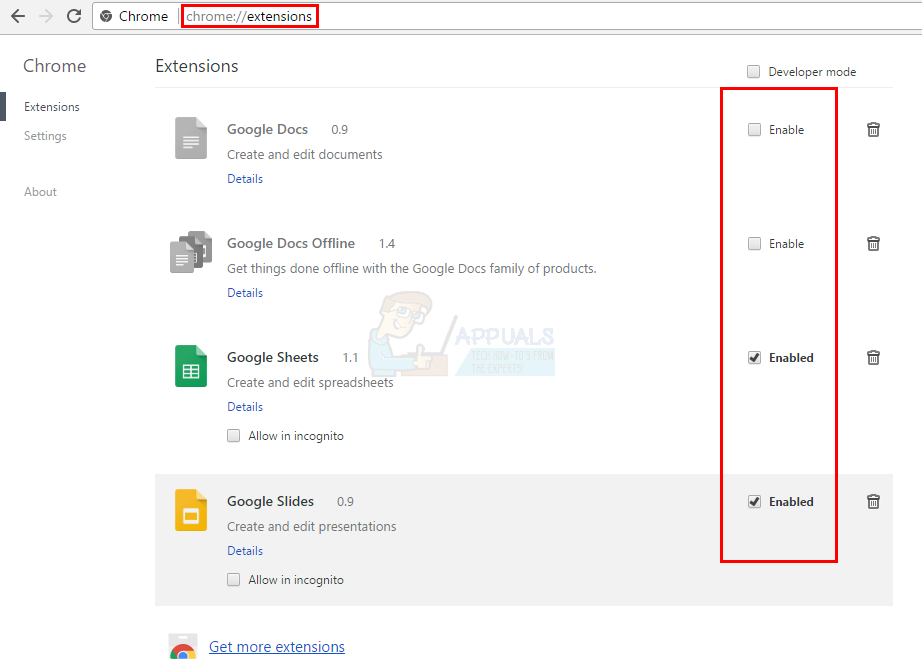 Disable all the extensions that you don’t use by unchecking the option named Enabled. This way you will keep the extension but will only temporarily disable it. If you want to re-enable the extension then just come back to this page and check the box that says Enabled.

If you think you don’t need the extension at all then you can uninstall it completely. Follow the steps given above and click the Dustbin icon in front of the extension. It will uninstall the extension from your browser.

These are the steps to remove webapps from Google Chrome. 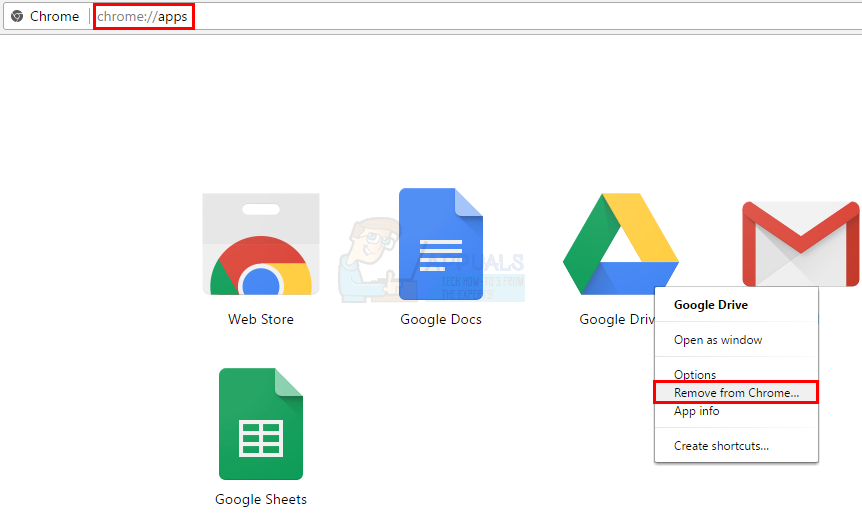 Once you are done, repeat the above steps for other unwanted webapps as well.

Use of prediction service will let Google Chrome prefetch the data of websites which will make the performance a lot better. Turning on this option is very useful and shouldn’t be turned off.

Use of prediction service is turned on by default in Google Chrome so if you haven’t changed it then you don’t have to worry. But if you did change it or you just want to check whether the option is turned on or not, then follow the steps given below

Once you’re done, your Google Chrome will start using this service to increase the performance of your browser.

Now you should see a page with a lot of options and a warning on the top. As you can see, these are experimental features which can cause a lot of things including crashes. But, we won’t be playing with all of the features. There are some specific features that you can turn on that makes Google Chrome much better and aren’t known to cause any major problems.

You can find the below listed features by pressing CTRL and F simultaneously (CTRL + F) in the browser and then typing the name of the feature rather than scrolling. It will save a lot of time.

Experimental Canvas Feature: Locate the feature named Experimental Canvas Feature and click on the Enable button under it. This basically amplifies the loading performance and increase the performance of Google Chrome. You should be able to see a Relaunch Now button on the bottom of Google Chrome. Click that button to relaunch the browser so that this feature can take effect. 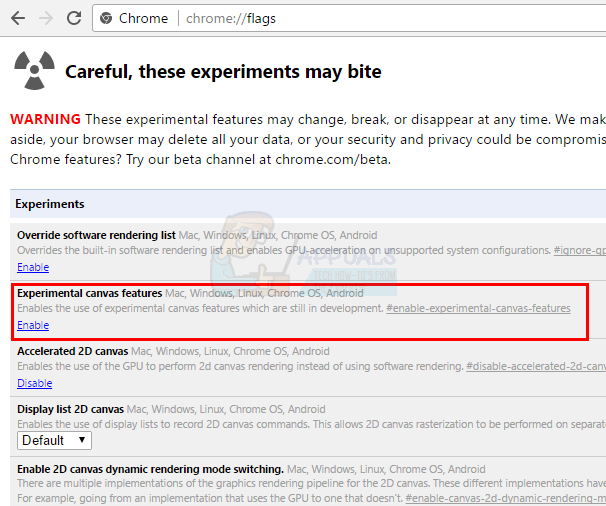 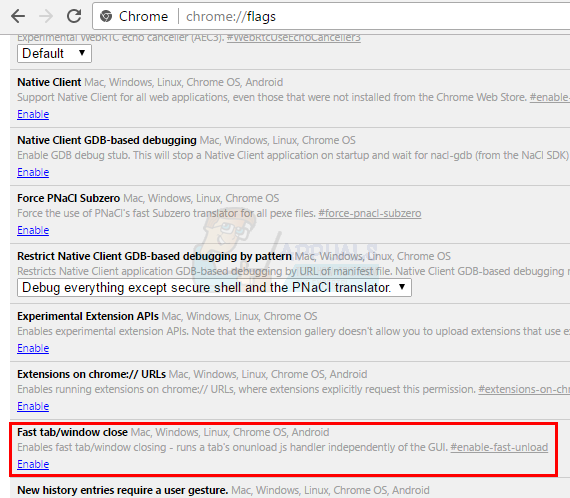 Number of Raster Threads Feature: Locate the feature named Number of Raster Threads and select 4 from the drop down button under it (it should be on Default). This will speed up image rendering performance. Once you are done, you will see a relaunch now button at the bottom. You can click it to relaunch Chrome so that this feature can take effect. 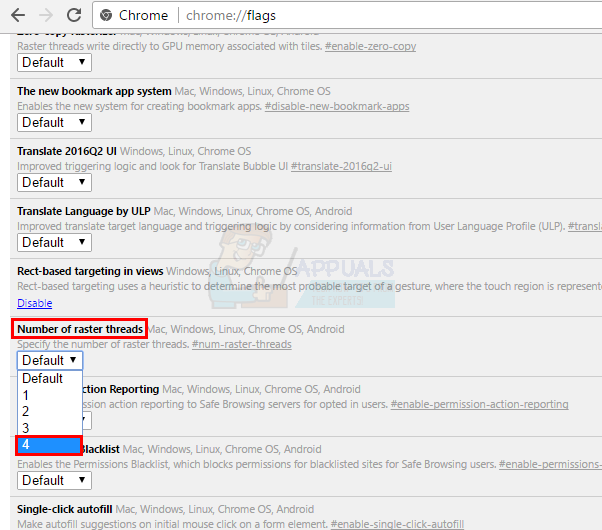 Automatic Tab Discarding Feature: This feature is very useful because, if enabled, it automatically discards the tabs that aren’t in use. Discarding a tab will release the memory so the performance of Google Chrome will be better with this option enabled. The discarded tab will still be shown on the browser and will be loaded upon opening the tab.

Locate the feature named Automatic Tab Discarding and select enabled from the drop down menu under it. Once you are done, you will need to relaunch Google Chrome to make this feature work. You will also see a relaunch button at the bottom of Google Chrome. 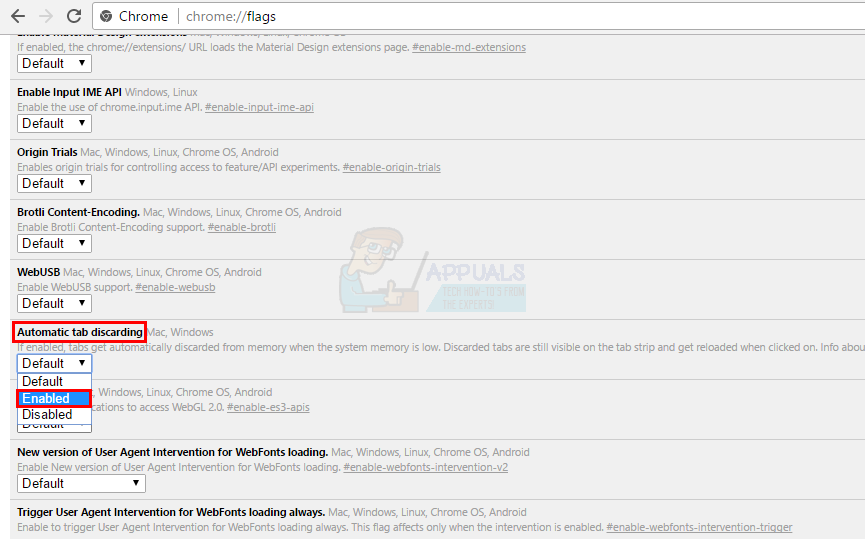 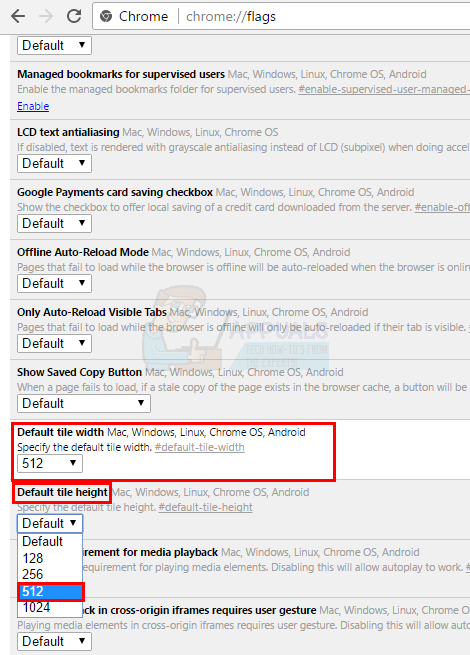 Tile Width and Height Features: These are two features that can be used to make your Google Chrome a lot faster. Basically, changing these values will let Google Chrome access more RAM than before which will increase its performance. This should be used in the case where you know you have more than enough RAM for Google Chrome. If you already have less RAM available then letting Google Chrome consume more RAM will only create problems.

So, locate Default tile width and Default tile height (both should be together) and select 512 from the drop down menu under them (it should be on Default). 512 should be enough for the performance increase. Once you are done, relaunch your browser and it should be a lot better in terms of performance.

Once you enable these features, Google Chrome will be much better in terms of performance and memory consumption.

Keep in mind that these are experimental features and can be removed in any update. So if you don’t see an option mentioned here, don’t worry. It simply means that it was removed by the developers.

There are a lot of other features as well that can be used to add functionality to Google Chrome but you shouldn’t play with them unless you are sure what you’re doing. Using these features is more than enough to give your Google Chrome a performance boast.

Kevin is a dynamic and self-motivated information technology professional, with a Thorough knowledge of all facets pertaining to network infrastructure design, implementation and administration. Superior record of delivering simultaneous large-scale mission critical projects on time and under budget.
Browsers
Recent Posts
Back to top button
Close

How to Speed Up Google Chrome