On a Windows computer, your wallpaper or background is the image you see in the backdrop of the Desktop. Having a background of your own choosing is just one of the many personalization options Windows offers to its users. On any version of the Windows Operating System, users can set whatever image files they want as their Desktop backgrounds as long as the pictures they want to use are in formats supported by Windows. Unfortunately, however, GIFs are a different story altogether. GIF (Graphics Interchange Format) is a bitmap image format that allows for lossless image files capable of storing both static and animated images.

Windows 10 isn’t capable of turning GIFs into Desktop backgrounds – at least not on its own. There are quite a few programs compatible with Windows 10 that can be used to play animated GIFs as a computer’s Desktop background. The absolute cream of the crop when it comes to such applications are BioniX Animated Wallpaper and Stardock DeskScapes. If you want to set a GIF as your Desktop background on a Windows 10 computer, here’s how you can go about doing so: 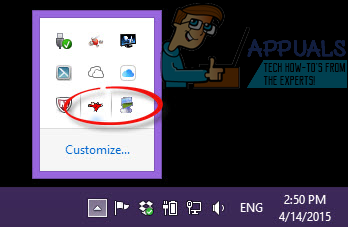 If you believe turning GIFs into wallpapers with ease and comfort is an endeavor worth paying for, Stardock DeskScapes will cost you $10. You won’t be getting into anything blind, however – Stardock DeskScapes also offers a free 30-day trial so that potential customers can learn exactly what Stardock DeskScapes is about and decide if it’s something they’d be willing to spend cold hard cash on.

How to Set a GIF as Your Background in Windows 10