Imagine the next scenario: You are managing 200 hosts in the small company. Currently, you are using Windows Server 2008 R2 as DHCP server and your plan is to migrate your DHCP server to new physical server powered by server Dell PowerEdge R730 and Windows Server 2016.

In the fourth part, we will remove DHCP Server role from old server powered by Windows Server 2008 R2. Before that, we will check is the old DHCP active or not. It should be deactivated. 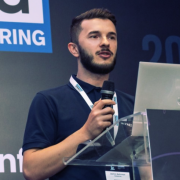 Jasmin is a certified Senior Systems Engineer with over 15 years in IT Infrastructure. Jasmin holds multiple IT certifications which include CNIP, MTA, MCP, MCSA, MCT, Server+, and Network+.
Microsoft Windows
Back to top button
Close