Fire security is the most essential parameter of any home, shop or workplace that must be taken care of in the first place. The most common cause of the fire is gas leakage. In this project, we are going to make a smoke alarm for our kitchen using a gas sensor. This sensor will detect the intensity of smoke. If the intensity of smoke exceeds a certain limit, the alarm will switch on to notify a person to take care of that smoke as soon as possible. 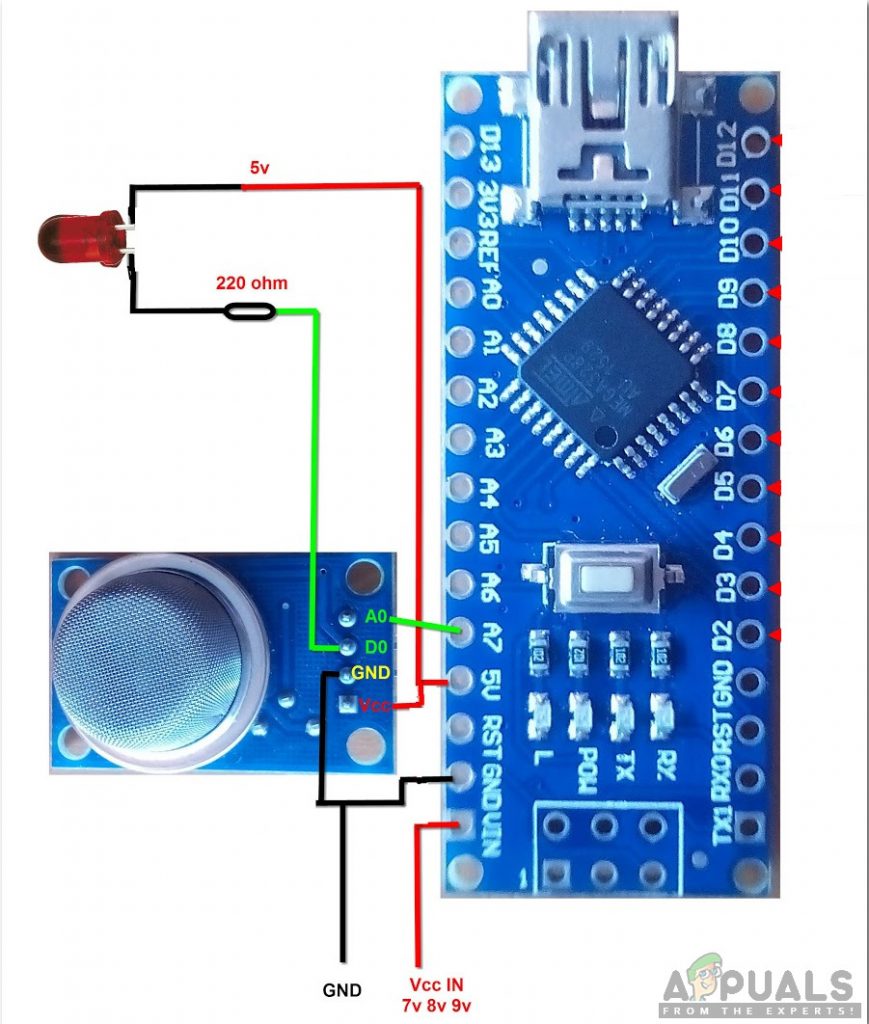 How to Make a Smoke Alarm using a Smoke Sensor?

Now as we know the abstract of our project, let us start working on this project.

As we have made a list of components that we are going to use in our project. Let us move a step ahead and go through a brief study of how these components work.

MQ-2 is the most common Metal Oxide Semiconductor (MOS) type gas sensor. It is very sensitive to smoke and other flammable gases like LPG, Butane, Propane, Methane, Alcohol, Hydrogen, and Carbon Monoxide, etc. When the gas comes in contact, it uses a simple voltage divider network to detect the smoke. When the smoke is detected, its voltage increases. The change in internal resistance depends on the concentration of gas or smoke. It has a small potentiometer that is used to adjust the sensitivity of this sensor.

Now as we know the main idea behind the working of each component. Let us assemble all the components and make a working circuit.

Step 4: Getting started with Arduino

The code is pretty well commented and self-explanatory. But still, it is briefly explained below.

1. The pins of Arduino that are connected to the sensor and the buzzer are initialized at the start. The value of the threshold is also set here in a variable named sensorThres.

2. void setup() is a function in which all the pins are set to be used as OUTPUT or INPUT. This function also sets the baud rate of the Arduino Nano. Baud Rate is the speed at which the microcontroller board communicates with other sensors. the command, Serial.begin() sets the baud rate which is mostly 9600. The baud rate can be changed according to our wishes.

Now as we know how to use a smoke sensor to sense different gases and switch on an alarm to notify anyone nearby, we can make our smoke alarm instead of buying an expensive one from the market because the smoke alarm that we can make at home is low cost and efficient.