Some Windows 10 users have been reaching us with questions after being unable to activate their license. The error code that comes up is “0x80041023“. Some users are encountering this issue while trying to activate after an upgrade from an older Windows version or after a fresh install. This guide will only deal with scenarios where the key is valid and the Windows 10 copy is genuine.

We investigated the 0x80041023 activation error by analyzing various user reports and testing out the different repair strategies that some affected users have been using to resolve the issue. As it turns out, there are several different scenarios with the potential of triggering the 0x80041023. Here’s a shortlist of potential culprits:

If you’re currently struggling to get past this error code and activate your genuine Windows 10 license, this article will provide you with a couple of troubleshooting steps. Down below, you’ll find two methods that other users in the same situation have successfully used to get the issue resolved.

For the best results, we advise you to follow the potential fixes in the same order that we arranged them in. Regardless of the scenario in which you encounter the 0x80041023 activation error code, you should be able to follow some steps that will resolve the issue (as long as your Windows 10 license key is valid).

Before you try any of the methods below, it’s important to know a few things about OEM licenses. These are not meant to be used as upgrade licenses, so they can only be used for new machine installs.

Let’s say you try to install Windows 10 Pro on a machine that previously had Windows Home previously, activation will not be successful and you’ll see the 0x80041023 activation error as a result. If you find yourself in this exact scenario, you should install Windows 10 Home again, and then upgrade to Pro using the Windows Store.

Now let’s consider a different scenario – Let’s say you brought Windows Pro from OEM and not from the store. In this case, the correct way to activate and avoid the 0x80041023 error is to install Windows 10 Pro fresh, and then apply the activation key.

If the two scenarios described above are not applicable to your scenario, move down to the potential fixes below.

If you get the 0x80041023 error while trying to activate a Windows 10 Pro key, it’s very likely that the problem is caused by the fact that the BIOS on your computer still has the Windows Home key. This is fairly common in instances where the user buys a pre-activate Windows computer and then resets it. Once the process is complete, the OS will still try to activate with the key stored on your BIOS.

If this scenario is applicable to your particular situation, you will be able to fix the problem by running a series of commands inside an elevated Command Prompt. Here’s a quick guide through the whole thing:

If this method didn’t work for you, move down to the next method below.

If the method above didn’t allow you to activate your Windows 10 build and avoid getting the 0x80041023 error, the best course of action now is to get in contact with Microsoft’s support team and ask them to help you re-activate your operating system.

There are a few ways of going about doing this, but the most convenable way of getting in contact with a Microsoft Agent is to call the free toll number specific to your country or region.

See this list (here) to find the phone number specific to your region. 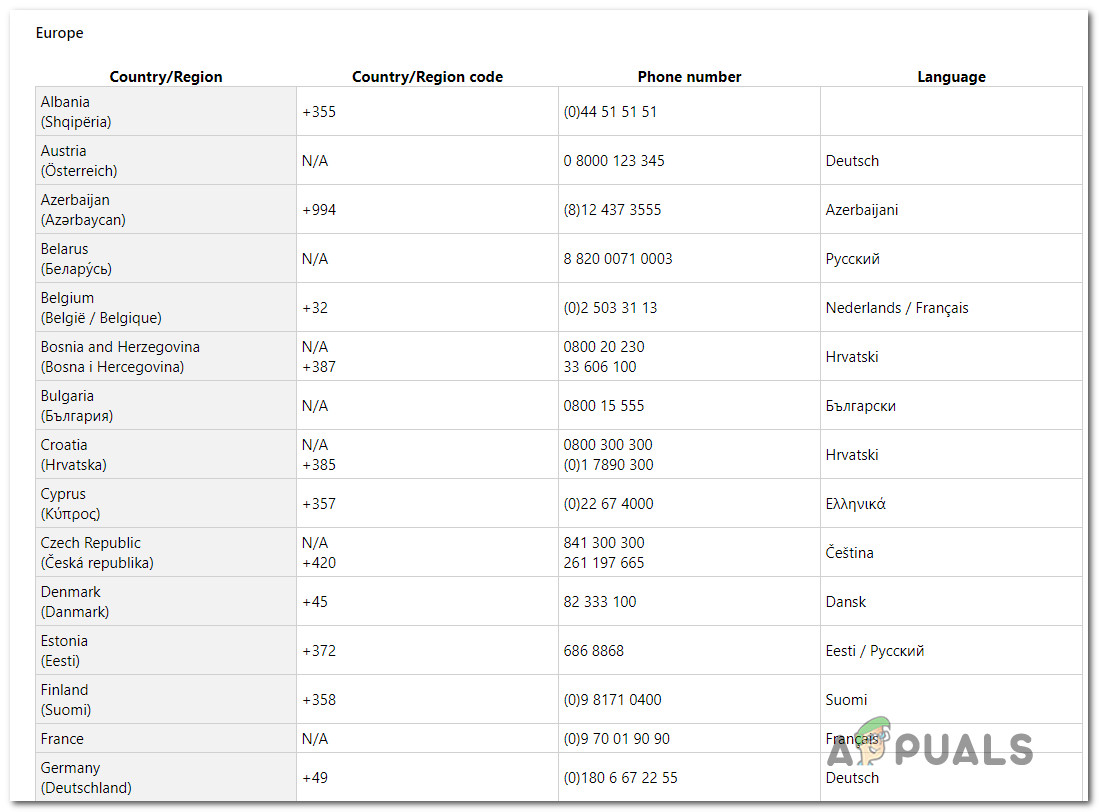 Keep in mind that depending on your region and the number of support agents available, it might take some time until you are allocated to a live agent. Usually how it goes is you’ll be asked a number of security questions to confirm that you are the owner of the license, and then they will activate the license remotely.