The error “Column is invalid in the select list because it is not contained in either an aggregate function or the GROUP BY clause” mentioned below arises when you execute “GROUP BY” query, and you have included at least one column in the select list that is neither part of the group by clause nor it is contained in an aggregate function like max(), min(), sum(), count() and avg(). So to make the query work we need to add all non-aggregated columns to either group by clause if feasible and does not have any impact on results or include these columns in a suitable aggregate function, and this will work like a charm. The error arises in MS SQL but not in MySQL.

Two keywords “Group by” and “aggregate function” have been used in this error. So we must understand when and how to use them.

When an analyst needs to summarize or aggregate the data such as profit, loss, sales, cost, and salary, etc. using SQL, “GROUP BY” is very helpful in this regard. For example, to sum up, daily sales to show to senior management. Similarly, if you want to count the number of students in a department in a university group along with aggregate function will help you attain this.

In the figure above we can see that the column has been split into three groups based on first column C1, and then aggregate function is applied on grouped values.  At last combine-phase assigns a single value to each group.

This can be explained using the example below. First, create a database named “appuals”.

Now, Insert data into the table using the following code.

Now select data from the table by executing the following statement.

Now group by the table according to department id.

Error: Column ’employee.sallary’ is invalid in the select list because it is not contained in either an aggregate function or the GROUP BY clause.

The error mentioned above arises because the “GROUP BY” query is executed and you have included “employee.salary” column in the select list which is neither part of the group by clause nor included in an aggregate function.

Furthermore, if we depict this table according to split_apply_combine structure it will look like this.

The logical description of the use of group by and aggregate functions together:

Now we will understand the use of “group by” and “aggregate functions” logically via an example.

Create a table named “people” in the database by using the following code.

Now insert data into the table using the following query.

If the analyst needs to know no of residents and their age in the different states. The following query will help him in getting the required results.

Error: Column ‘people.age’ is invalid in the select list because it is not contained in either an aggregate function or the GROUP BY clause.

On execution of the above-mentioned query, we came across the following error

“Msg 8120, Level 16, State 1, Line 16 Column ‘people.age’ is invalid in the select list because it is not contained in either an aggregate function or the GROUP BY clause”.

This error arises because the “GROUP BY” query is executed and you have included “‘people. age” column in the select list which is neither part of the group by clause nor included in an aggregate function.

Grouping by state arises an error

This is not a syntax error but it’s a logical error. As we can see that the column “no_of_residents” is returning just a single row, now how can we return the age of all residents in a single column? We can have a list of the age of people separated by commas or the average age, minimum or maximum age. Thus we need more information about the “age” column. We must quantify what we mean by the age column. By age what we want to be returned. Now we can change our question with more specific information about the age column like this.

Find no of residents along with the average age of residents in each state. Considering this we have to modify our query as shown below.

This will execute without errors and the output will be like this.

So it’s also crucial to think logically about what to return in the select statement.

Moreover, the following points should be considered in mind while using the “group by” to avoid errors.

Group by and NULL values:

First, add another row into the table named “people” with the “state” column as empty/null.

The following figure shows its output. You can see empty value in the state column is considered as a separate group.

Now increase no null rows by inserting more rows into the table with null as a state.

Now again execute the same query to select output. The result set will be like this. 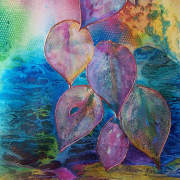 Sadia is an Enthusiastic and experienced professional with technical expertise in multiple tools and technologies including database, data ware housing, business intelligence and data science.
Trending
Back to top button
Close
Close
Close