Multiple IRP complete requests is a Blue Screen of Death error message, which tells you that a driver has called a IoCompleteRequest to ask that an IRP is completed, but the packet has already been completed, resulting in this error message. This most commonly happens when two separate drivers believe they both own the packet, and they both try to complete it. The first request is successful, and the second one fails and results in this bug check. This is difficult to track down, especially due to the fact that the second driver covers the trail of the first one.

This issue usually appears for users of LogMeIn Hamachi, which is a software a lot of people use to create a virtual LAN. The problem is with LogMeIn Hamachi’s virtual miniport driver (hamdrv.sys) and it’s a known bug with the software. 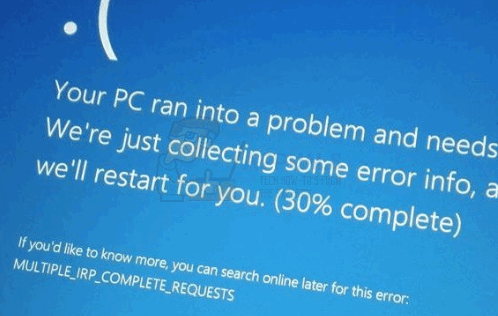 There are two things that you can do to solve this, and they will both prevent you from getting any BSOD error messages.

Since the developers behind the software are fully aware of the error, they have since released an update (02.05.2014) that fixes this issue. What you should do is download the latest version of LogMeIn Hamachi from their website and install it. But before you do that, follow the steps below to uninstall the previous one.

If the previous method didn’t work, it might mean that there is also something else that’s causing issues. In this case, you will need to find an alternative to LogMeIn Hamachi, as this software will simply not work on your computer. Follow steps 1 through 4 from the previous step to see how you can remove it in order to stop getting these error messages.

If all else fails, you might want to check if there’s a BIOS update available. If critical errors such as this one appear due to the BIOS’ fault, manufacturers usually release an update for the BIOS. Checking if one is available, and installing it, is fairly easy.

How to Fix MULTIPLE_IRP_COMPLETE_REQUESTS BSOD on Windows 10