Several users have been reporting that they are suddenly unable to use the left CTRL-key on their laptop or computer. Some users are saying that even if they connect an external keyboard, the CTRL key still doesn’t work. The issue is not exclusive to a certain Windows version as it’s confirmed to occur on Windows 7, Windows 8.1 and Windows 10. 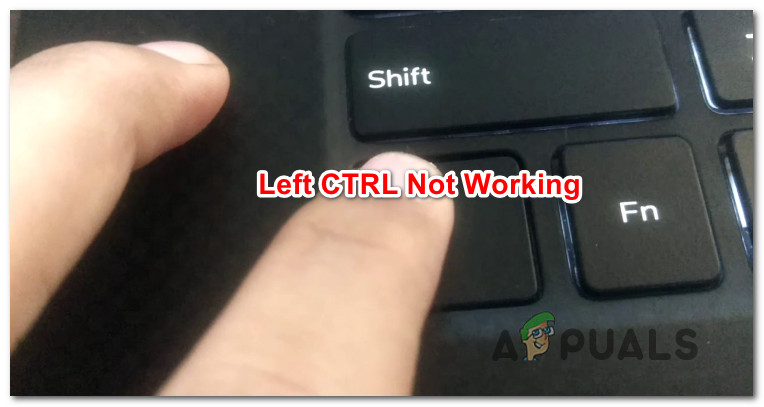 What is causing the ‘Left CTRL Key Not Working’ issue on Windows?

We looked into various user reports and analyzed various repair strategies that are commonly recommended by affected users. As it turns out, several different situations can lead to the apparition of this issue. Here’s a shortlist of potential culprits that might be responsible for this problem:

If you’re looking for a fix that will take care of this problem, this article will provide you with several different repair strategies that will help you to troubleshoot the issue away. Down below, you’ll find several different repair strategies that other users in a similar situation have successfully used restore the normal functionality of the Left Ctrl key.

For the best results, we advise you to follow the potential fixes below in order, since we arranged them by efficiency. Eventually, you should stumble upon a method that will resolve the issue regardless of the culprit that’s causing the problem.

Method 1: Testing for a physical problem

To ensure that you don’t follow a lot of troubleshooting steps to no avail, you should start by making sure that you’re not dealing with a physical keyboard problem – a faulty button.

If the issue persists even with a different keyboard, it’s clear that the issue is not being caused by a physical issue. In this case, move down to the next method below.

The next step would be to ensure that you’re running the latest Windows version. Several affected users have reported that the issue stopped occurring and the CTRL key started working again once they installed every pending WIndows update to ensure that they were running to the latest build possible.

The fact that this method was successful for some users suggests that Microsoft has possibly released a hotfix for this particular issue.

Here’s a quick guide on ensuring that you install every pending update:

If the left CTRL-key is still not working, move down to the next method below.

It’s also possible that you’re seeing this error due to a keyboard driver issue. Several users that were also encountering this problem have reported that they managed to get this fixed after uninstalling and reinstalling the HID drivers using Device Manager.

Here’s a quick guide on using Device Manager to reinstall the Keyboards drivers:

How to Fix Left CTRL Key not Working on Windows?