Cortana was one of the main features that were marketed around Windows 10 launch. It was meant to be Microsoft’s direct competitor against the likes of Google Assistant, Siri and Alexa. But Microsoft disappointed a lot of loyal users with a severely limited Cortana launch.

At the initial launch, Cortana was only available in seven countries around the world. From the 190 countries that Windows 10 launched in, the initial line-up of Cortana-enabled countries only included USA, UK, France, Spain, Germany, Italy, and China. Over two years from launch, that list has only reached 13 countries. Microsoft has since added Australia, Japan, Canada, India, Brasil, and Mexico. But keep in mind that some of these countries are only supported with the English language. 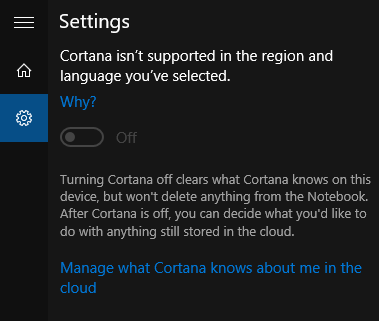 So why isn’t Cortana available in your countries? Well, the official explanation is that Microsoft is careful about tailoring Cortana for specific regions. Supposedly, it takes this long because Microsoft engineers are integrating the language and the region’s culture in the AI assistant. While this all sounds good in theory, I get a feeling that Microsoft seems to be taking steps back in making Cortana a worldwide product.

If you’re a Windows 10 user that attempts to run Cortana outside the supported borders, you’ll see a message similar to this:

Cortana isn’t supported in the region and language you’ve selected.

So what do you do if you’re a big fan of Cortana but you live in a country that isn’t supported by Microsoft? Let’s face it. It’s been over two years since the initial launch. If Microsoft didn’t announce any intentions of supporting your country, it won’t probably happen within the next couple of years. However, Microsoft has recently released an official way of changing Cortana’s language to make it run in unsupported regions. But you won’t be able to do it unless you have Windows 10 Version 1607 (Anniversary Update). If that doesn’t work, you can configure your Windows 10 to match the Cortana-supported region and language. This will automatically enable the AI assistant.

But regardless of the method you end up using, use the step-by-step guides below to make things easier. Let’s begin.

This is a fix only recently released by Microsoft, so it might not work for you if you aren’t updated. You need to have Windows 10 Version 1607 (Anniversary Update), so make sure your OS is running with the latest update.

With this update, you can change the Cortana language without having to change your region language. If you can, it’s recommended that you use this method instead of the second one because it will not affect Windows Store and other parts of Windows. This will strictly change the language of Cortana. Here’s what you need to do:

If the first method wasn’t possible on your system, rest assured. You can still enable Cortana by changing your region language. The technique is guaranteed to work, but changing the region language will affect more than Cortana. Keep in mind that it might have the potential to interfere with Windows Store and other Windows features that rely on the region.

Note: Some users have reported that some of the stuff they bought from Microsoft Store has become unusable one the region has been altered. This happens because some licenses are geo-locked and price tags tend to vary according to the region you live in. Also, you’ll notice that the Store’s storefront will be tailored based on the country you have active in regions.

The good news is you can always go back to and revert to your original region. This will disable Cortana but will revert everything to the default behavior. When you’re ready to start, follow the steps below: 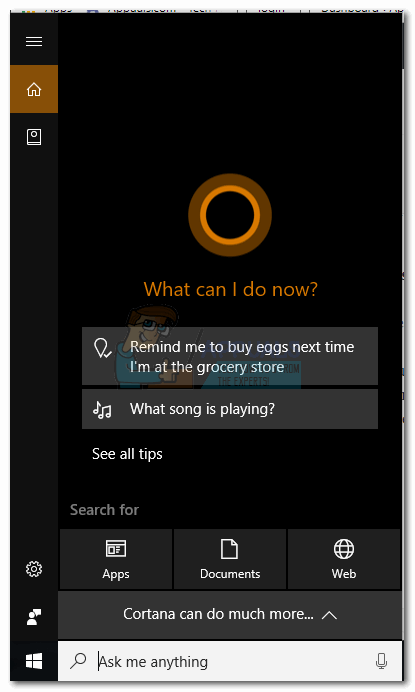 How to Enable Cortana For Your Region