Many people define compose keys so that they can type international characters as well as the symbol for the Euro and Pound Stirling on a local keyboard. It’s very useful for those who need to write these characters without having to look them up in a character map but don’t have them on their default layout.  You may have seen directions before that set it up in the ~/.xinit or ~/.xsession files, but these instructions, also often repeated, can configure it system wide. You’ll need a terminal window to define compose key specifications, so hold down Ctrl+Alt+T or click on the Applications menu and start Terminal in System Tools. Possibly, you might also want to search for the word Terminal on the Ubuntu Dash.

and push enter to get started. If you haven’t used sudo yet in your session before, then you’ll be asked to enter your password to continue. You’ll be presented with a text file offering different lines for setting keyboard options. 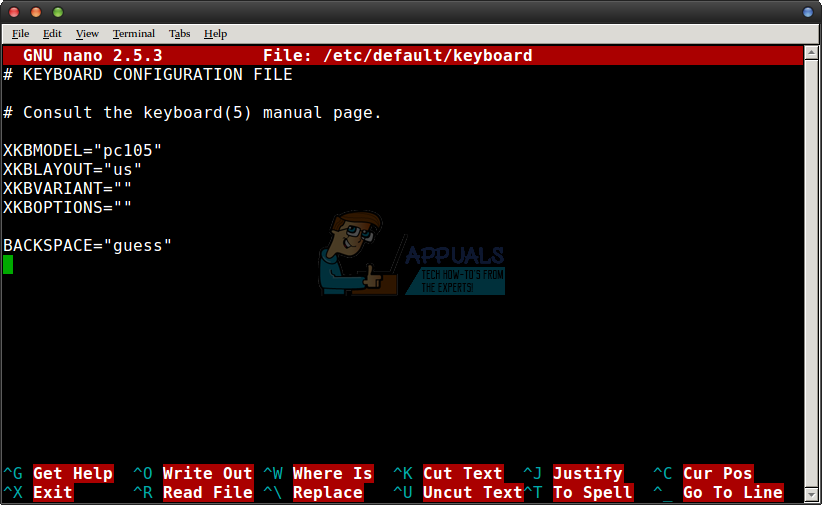 In between the quotes on the line that starts with XKBOPTIONS=”” type compose:sclk and then push Ctrl+O to save the file followed by Ctrl+X to quit. When you next restart the system, you’ll be able to use the comparatively underutilized Scroll Lock key as a compose key for typing extra characters. 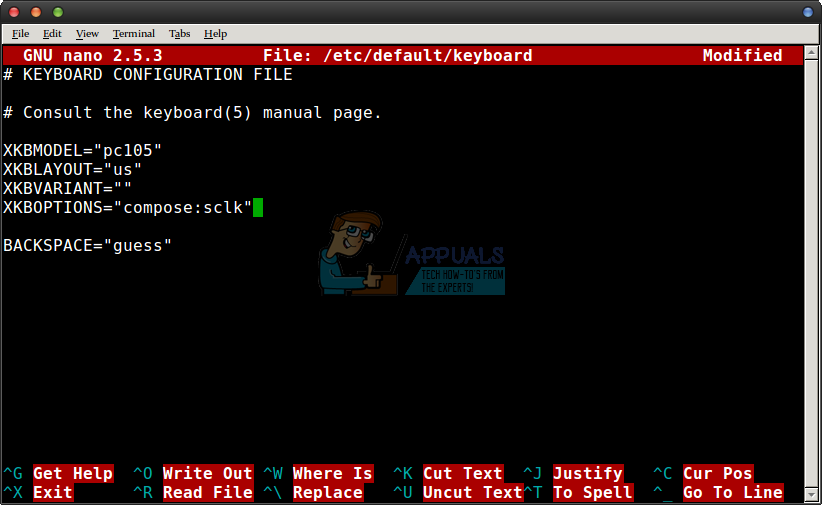 After you reboot, open up whichever graphical text editor you prefer. You may want to start Leafpad from the Accessories menu in LXDE, gedit if you’re using Ubuntu or perhaps Kedit if you’re a KDE user. Once you have it open, push the Scroll Lock key followed by E and = to see if you get the Euro currency symbol. If this works, then you’ve configured the compose key correctly. It should work with pretty much every modern desktop and takes a single command to define.

Method 2: Using the Caps Lock Key as a Compose Key

in the terminal again and change the line to instead read XKBOPTIONS=”compose:caps” to use the Caps Lock key. You’ll have to restart again to change this and make sure it works system-wide.  Typists working with many international languages might find that neither Caps Lock nor Scroll Lock is a comfortable key for them. To see a list of other keys your layout supports, type cat /usr/share/X11/xkb/rules/xorg.lst | grep compose and push enter at the terminal. You can run this as a regular user just fine. When you find an option you like, type it in the XKBOPTIONS=”” line in the

file. For instance, you could use XKBOPTIONS=”compose:rwin” if you find yourself never using the right Windows super key and would rather have it be a compose key. 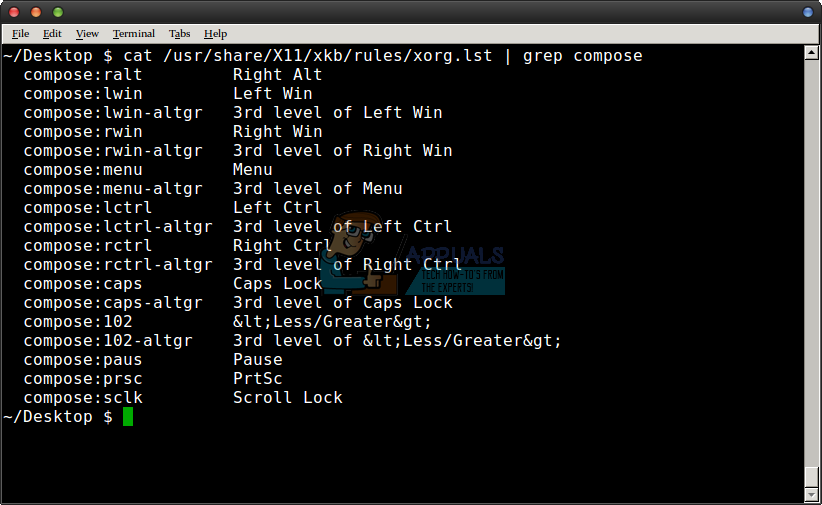 Depending on which key you define, you might find that you either have to hold it down while typing in the compose combination to type international characters or instead push and release it before typing the combination. Experiment a bit to get the hang of it and remember that you can use this technique anywhere you can insert text in your graphical desktop interface. That even goes for typing in Gmail or Google Docs in most cases.

There are many different combinations you can use with the compose key to insert international characters into documents. Linux users interested in viewing a pretty complete list of combinations for use with X Windows should visit https://tstarling.com/stuff/ComposeKeys.html to have a look at the overwhelming majority of modern ones that will work on their installation.

Keep in mind that you’ll see many that feature upper case letters. For instance, typing the compose key followed by F r should produce the character₣, but what’s not as obvious is the fact that you still have to push Shift+F to make an upper case F while performing this chain. Also, keep in mind that these combinations are to be typed one after another. For instance, hold down Caps Lock if you have it set as the compose key and then push Shift+F, release it and then push r to type the ₣ character. While it’s a bit confusing at first, you’ll get the hang of it in no time. It’s certainly far faster than having to look up international characters in the character map.

How to Define a System-wide Compose Key in Linux