Seeing as though Pokémon GO, at least for now, features the first generation of Pokémon, the three starters from Generation I – Charmander, Bulbasaur, and Squirtle – are offered to Pokémon trainers when they begin their Pokémon journey. Trainers are required to catch one of the three starters in order to mark the beginning of their Pokémon journey. However, what most Pokémon trainers don’t know and wish they knew before they started playing the game and already chose one of the three starters is that you can also have Pikachu spawn with the three standard starters, allowing you to choose and capture it instead of Charmander, Bulbasaur or Squirtle.

This is probably a wink towards the original Pokémon anime series, in which series protagonist Ash chose Pikachu as his starter Pokémon at the beginning of his journey because Charmander, Bulbasaur, and Squirtle had already been chosen by other trainers. If you’re not content with the three starters you are offered and would rather choose Pikachu, arguably the most popular Pokémon of all time, here’s what you need to do: 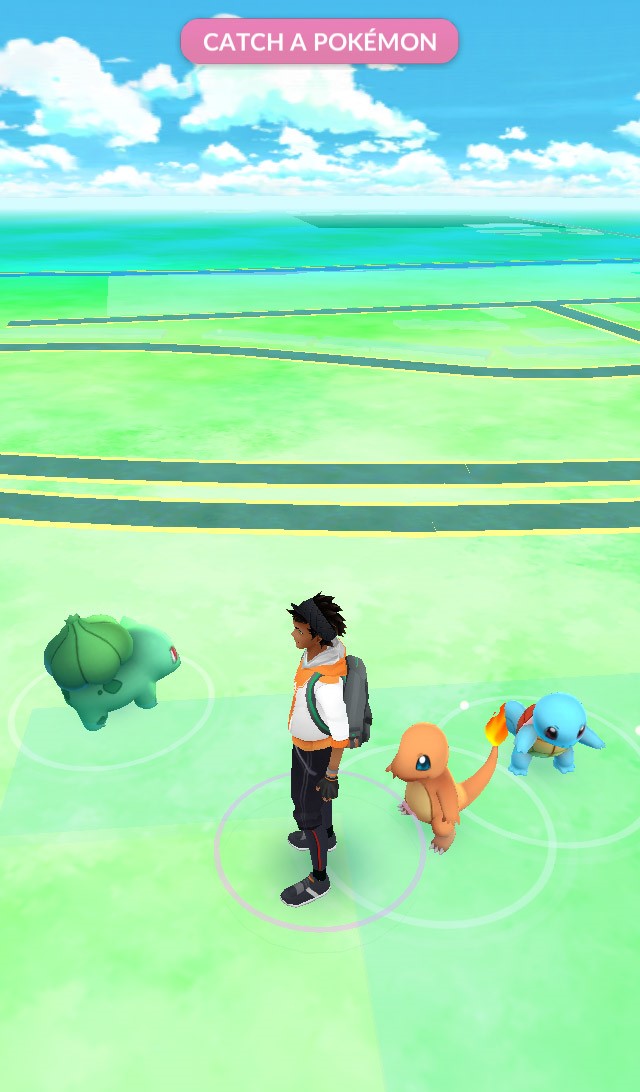 This process needs to be repeated three-four times – you need to walk away and let them disappear and then respawn in your immediate vicinity, and the fourth or fifth time the starter Pokémon respawn, they will have Pikachu in their midst. When this happens, tap on Pikachu, triggering a capture sequence in which you are going to have to fling a Pokéball or two at the magnificent beast to capture it and have it added to your Pokémon collection as the first Pokémon you caught on your journey.

However, the sad part is that, in the long run, the starter you choose doesn’t really matter because it will only be a CP 10 Pokémon and you’ll be able to find the starter you choose in the wild with a much higher CP only days, if not hours, into the game. Apart from encountering the starter you choose – and the three others – in the wild with relatively higher CPs, you’ll also be able to hatch them out of 2 KM eggs, and they’ll still have higher CPs than the CP 10 starter Pokémon you captured at the beginning of the game. Bypassing the three starters offered to you and going out of your way to choose Pikachu (like Ash did in the anime series), though, is still a neat trick.

How to Get Pikachu as Your Starter Pokémon in Pokémon GO