The error “Windows requires a digitally signed driver” occurs when Windows blocks the installation of a driver when it is without a digital signature. 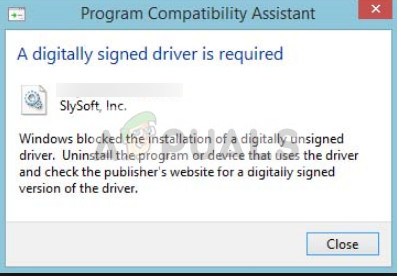 How to fix Windows requires a Digitally Signed Driver

Windows allows you to proceed with the installation by turning off the digital signature check – which isn’t recommended but needed sometimes when the Driver isn’t signed but it is an original driver. There are several fixes that we have gathered and tested that would fix this issue. This guide applies to fixing Digitally Signed Driver is Required Error on Windows 10, Windows 8 or Windows 7

Driver signing, like mentioned before, is enabled by default in Windows operating system as a way to make sure that malicious software disguised as drivers are not installed on your computer. It adds an extra layer of security for your computer. However, if this is causing errors and not letting you install third-party drivers, you can disable the driver signing using the steps below: 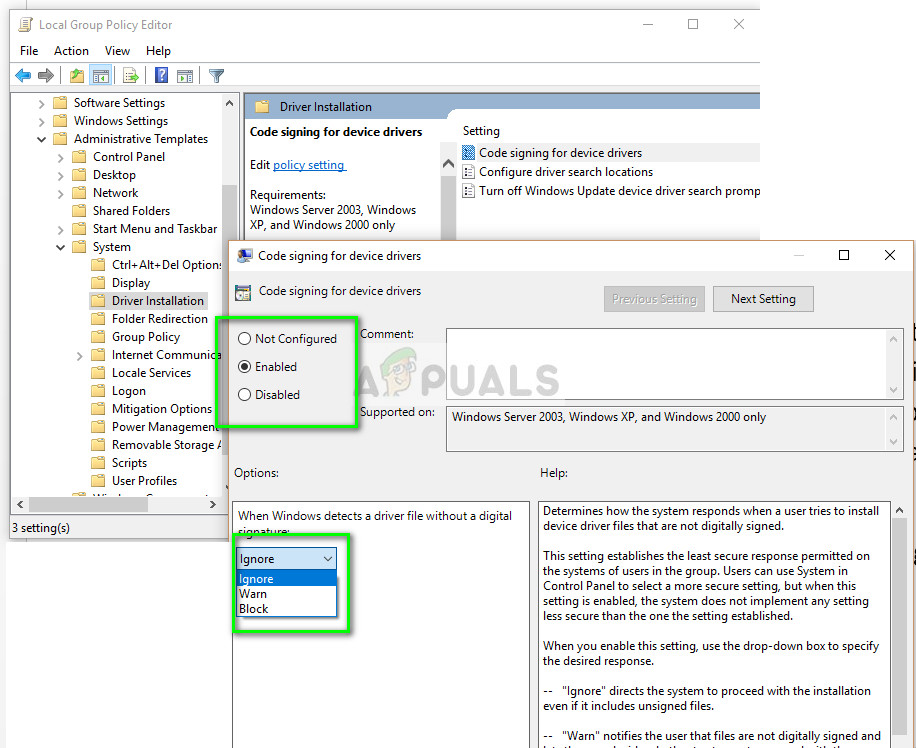 The TESTSIGNING determines whether Windows will install any test-signed kernel-mode code which is not digitally signed by relevant software companies. This is another safe guard which acts like a firewall to prevent any kernel-level drivers from being installed unless they are in the whitelist. If you really want to install the driver despite the safe measures by Windows, you can turn TESTSIGNING on.

Another you can try if all the above methods fail is disabling the driver signature enforcement on your computer off permanently. You will have to manually turn the mechanism on again and there will be no safe guards for any drivers installed on your computer. Make sure you keep this method as a last resort.

Restart your computer completely and try installing the driver.

Note: Usually all verified and genuine drivers are digitally signed. Make sure that you are completely positive of the driver before installing.