As a lot of users have reported, there seems to be a long-lasting error going around with the Windows 7 version of OneNote. As it turns out, a lot of users are getting stuck in a sign-in loop right after the installation is complete. 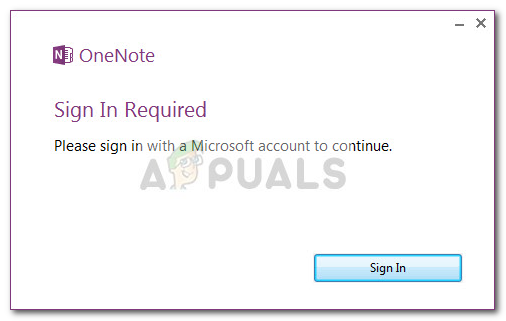 Note: Whenever this error occurs, clicking the Sign In button will just freeze the window altogether.

If you’re currently struggling with this issue, the fixes below will most likely be of help. We have managed to identify a few methods capable of fixing this particular issue. All the methods featured below have been confirmed by at least one user that encountered the same exact issue. Please follow the methods below in order until you encounter a fix that resolves your problem.

Some users encountering the same issue have managed to solve the problem by installing Internet Explorer 11 manually. To do this, visit this link (here), select a version appropriate to your operating system architecture and hit the Next button. 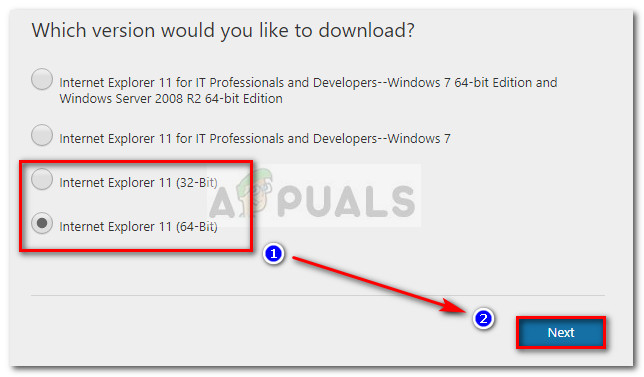 Download the installer, open it, then follow the on-screen prompts to install Internet Explorer 11 on your Windows 7 system. Reboot your computer and see if the issue has been resolved and you’re able to sign into the desktop version of OneNote.

Method 2: Opening a note from onenote.com

Most users have finally managed to overcome the issue by using the web version of Onenote. It involves signing in with your account on the web version, opening a notebook and then hitting the Open in OneNote button. This reportedly enables the user to launch the desktop application and add a new device to Account settings, which is allows OneNote to launch directly from a PC.

Here’s a step-by-step guide to this workaround:

If the first two methods have proved to be ineffective, let’s figure out if the issue is indeed caused by certain security rules that are currently in place. Those rules can usually be bypassed by opening OneNote via a run window.

Some users have found that opening the desktop version of OneNote from a run window on Windows 7 somehow bypasses the sign-in issue and the log-in is successful. Here’s a quick guide on how to do this: