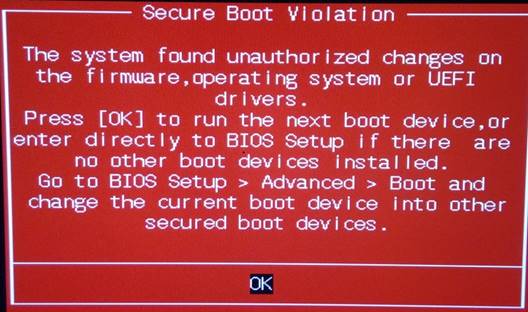 Microsoft is aware of this issue at the moment, and had the following to say about it:

“After you install update 3133977 on a Windows 7 x64-based system that includes an ASUS-based main board, the system does not start, and it generates a Secure Boot error on the ASUS BIOS screen. This problem occurs because ASUS allowed the main board to enable the Secure Boot process even though Windows 7 does not support this feature.”

Windows 10 is compatible with Microsoft’s Secure Boot technology, so upgrading from Windows 7 to Windows 10 is a viable solution to this problem. If you want to get rid of this issue without having to upgrade to Windows 10, however, the only way you can do so is to: