Microsoft has developed a few security tools aimed to help users deal with malware on their Windows computers. One such tool is Safety Scanner (msert.exe) – the executable name stands for Microsoft Support Emergency Response Tool. 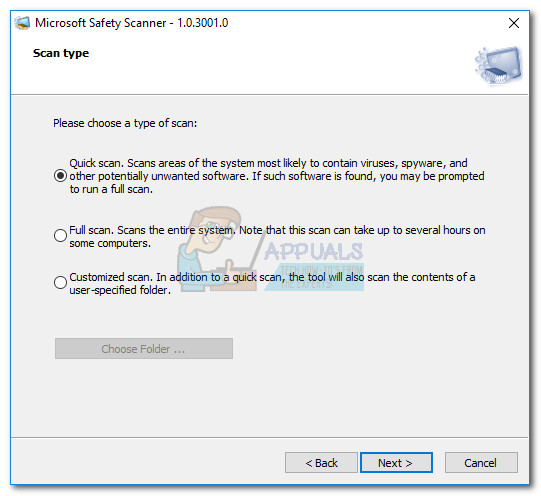 Some users have reported receiving the “side-by-side configuration is incorrect”  error when trying to run the security utility on their PCs. The problem can arise for a few reasons. Here are some of the most common culprits:

What is Safety Scanner

The simple explanation of Safety Scanner (msert.exe) is quite straightforward – it’s a scan tool that users can download to identify and remove any malware residing on their computers. Safety Scanner will work on every Windows version from Windows XP to Windows 10, with every architecture (32 bit or 64 bit).

As opposed to most of the others security tools that Microsoft provides, Safety Scanner will not start automatically – it needs to be manually downloaded and triggered. Even more, msert.exe is set to expire exactly 10 days after you download it. This is a security step to ensure that users are scanning with the latest version.

But keep in mind that this tool is not meant to replace your antimalware product. Think of it as a specialized tool that is only used in emergency situations. Safety Scanner will look for very specific threats, often times related to compromised OS files or Windows updates that are prevented from installing.

Even though msert.exe is a Microsoft-developed security tool, it’s not an integrated part of the Windows OS. The file is digitally signed by Microsoft, but it’s not classified as a core process. However, the executable has the ability to monitor applications and affect the performance of other applications.

For these reasons, some security researchers have even classified the executable as dangerous because of it’s potential get hijacked by malware. There are confirmed cases of Trojans camouflaging as the Msert executable and using it’s enhanced privileges for their ill-intended practices. Luckily, this is only known to happen after the program expires (10 days after being downloaded). Users are encouraged to delete the msert.exe when Safety Scanner is no longer used.

If you’re seeing the “side-by-side configuration is incorrect” error when opening the Msert executable, there are a few fixes known to remedy the issue. Below you have a collection of methods that were successfully used to bypass the error and perform a scan with Safety Scanner.

Note: Please follow the solutions in order until you find a fix that is effective.

As we’ve already mentioned above, the Safety  Scanner will not start if the executable has expired. If 10 days have passed from when you first downloaded the msert.exe file on your computer, you won’t be able to open it and perform the scan.

In this case, the solution is to re-download Safety Scanner from Microsoft’s official website. But before you download the scanner all over again, make sure the old executable is removed. After you delete it, download the latest version of Safety Scanner from this link (here). Make sure you select the appropriate bit version according to your system architecture and hit the Download button. 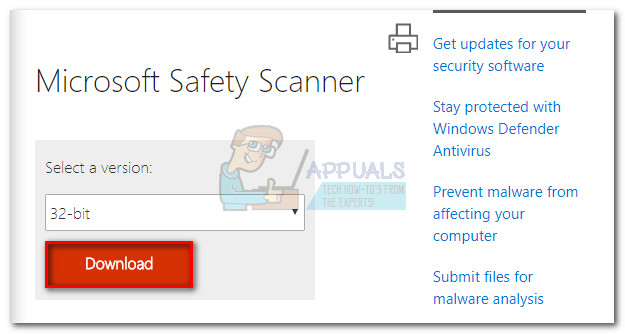 Once the download is complete, double-click on msert.exe again and see if it opens without the “side-by-side configuration is incorrect” error. If you’re still encountering the issue, move to Method 2.

Note: If you plan on scanning your system with Safety Scanner, we recommend going for a Full Scan. This type of scan will uncover most underlying spyware and malware that might have found their way on your system. But keep in mind that it will take over two hours, so make sure you have the time for it. 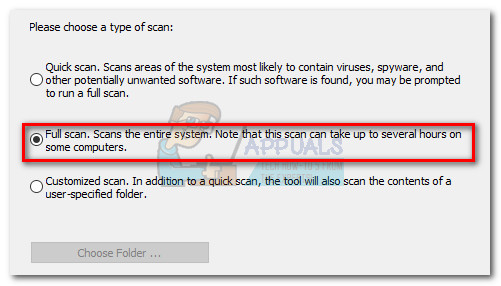 When the download is complete, open the vcredist executable and install the missing libraries. If you already have Microsoft Visual C++ 2013 installed, hit the Repair button and wait for the package to be reinstalled. 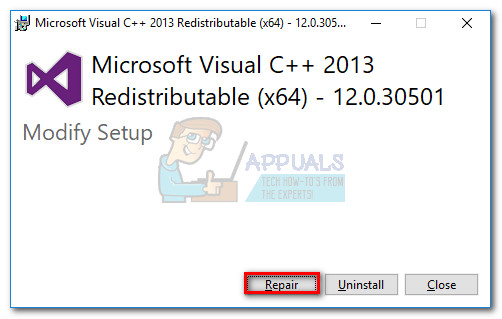 Once you install/reinstall the required Microsoft Visual C++ 2013 redistributable, open msert.exe and see if you’re welcomed by the same error message. If the “side-by-side configuration is incorrect” error message is still there, follow Method 3.

Method 3: Temporarily disabling SmartScreen (only for Windows 10 and Windows 8)

If you’re on Windows 10 or Windows 8, chances are msert.exe will be prevented from running by Windows SmartScreen. SmartScreen is a tool meant to identify phishing and malware websites and help users make informed decisions about the software they install.

You might be wondering why SmartScreen doesn’t recognize Microsoft’s own software. While no official explanation was provided by Microsoft, it’s possible that it has something to do with the security concerns posed by a hijacked Msert executable.

If you’re certain that the Safety Scanner’s executable isn’t tainted by a malware infection, you can turn off Windows SmartScreen and see if the scanner is able to start. Please follow the guide appropriate to your Windows version.

If you applied the Creators Update to your Windows 10, the SmartScreen settings are located inside the Windows Defender Security Center interface.

Note: If the steps below don’t lead you to the SmartScreen settings, follow the guide for Windows 8.1.

On Windows 8.1 and some Windows 10 versions (without the Creator’s U+-update), you can find the Smart Screen options in the Control Panel. Follow the guide below to disable Smart Screen: