Fortnite is a co-op survival game which is developed by Epic Games and was released in mid-2017. Since then it has made headlines and has attracted loads of gamers around the world. It is one of the trending games of 2018. 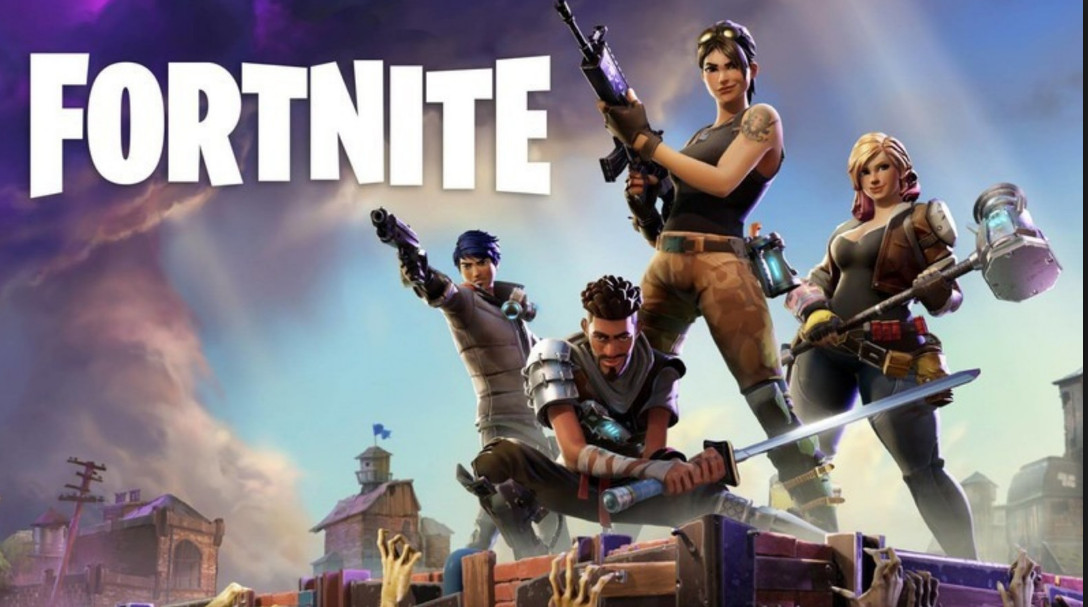 Like all new games, Fortnite isn’t without its problems. One of the problems which users experience is the game crashing randomly when playing the game. Either game crashes each them when it is loaded or intermittently after 3 to 4 games. This behavior is quite common and is easily solvable by the workarounds listed below.

One of the simplest fixes which were seen was lowering the graphics settings on the computer. Higher graphics settings demand more from the game’s core engine and the computer itself. These high settings are known to cause problems since the game is very young and there isn’t much development don’t by the company as well. 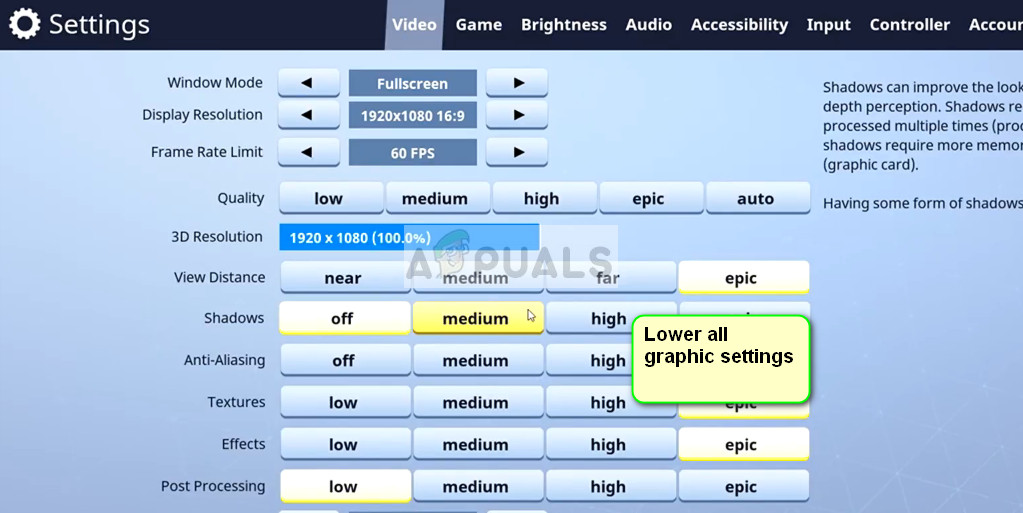 Lower your Graphics settings in-game and also disable all sorts of Overclocking on your CPU and GPU. Overclocking is also known to cause discrepancies in the game and result in the game crashing. After making the necessary changes, restart your computer completely and check if the problem got solved.

If the game has some bad files or bad configurations, they can be solved by reinstalling the game completely. This solution works not only for PC users but also for Xbox players. Like we stated earlier, Fortnite is rather a new game and if there are any bad files (which there may be), it is best to download the entire package again and reinstall the game.

Downloading the entire package again might take some time. Be patient and let it download. Once it is downloaded, uninstall the game using the steps below and install the package after.

Tip: You may also need to uninstall Epic Games client before you proceed with the uninstallation.

Each game usually has a doc file which contains all the settings. Once the game is booting up, it uses this resource to load the required settings and then launches the game client according to it. We can change these settings (changing resolution etc.) and see if these do the trick. You can always make a spare copy of settings file so you can replace if something goes wrong. Remember to tweak around and change some settings on your own as each computer is different.

Here the file “GameUserSettings” will be present. Copy the file and paste it somewhere accessible. Once you have a spare copy, open the file for editing in Notepad.

Navigate to ‘ScalabilityGroups’ and set all the keys to ‘0’ except “ResolutionQuality”. 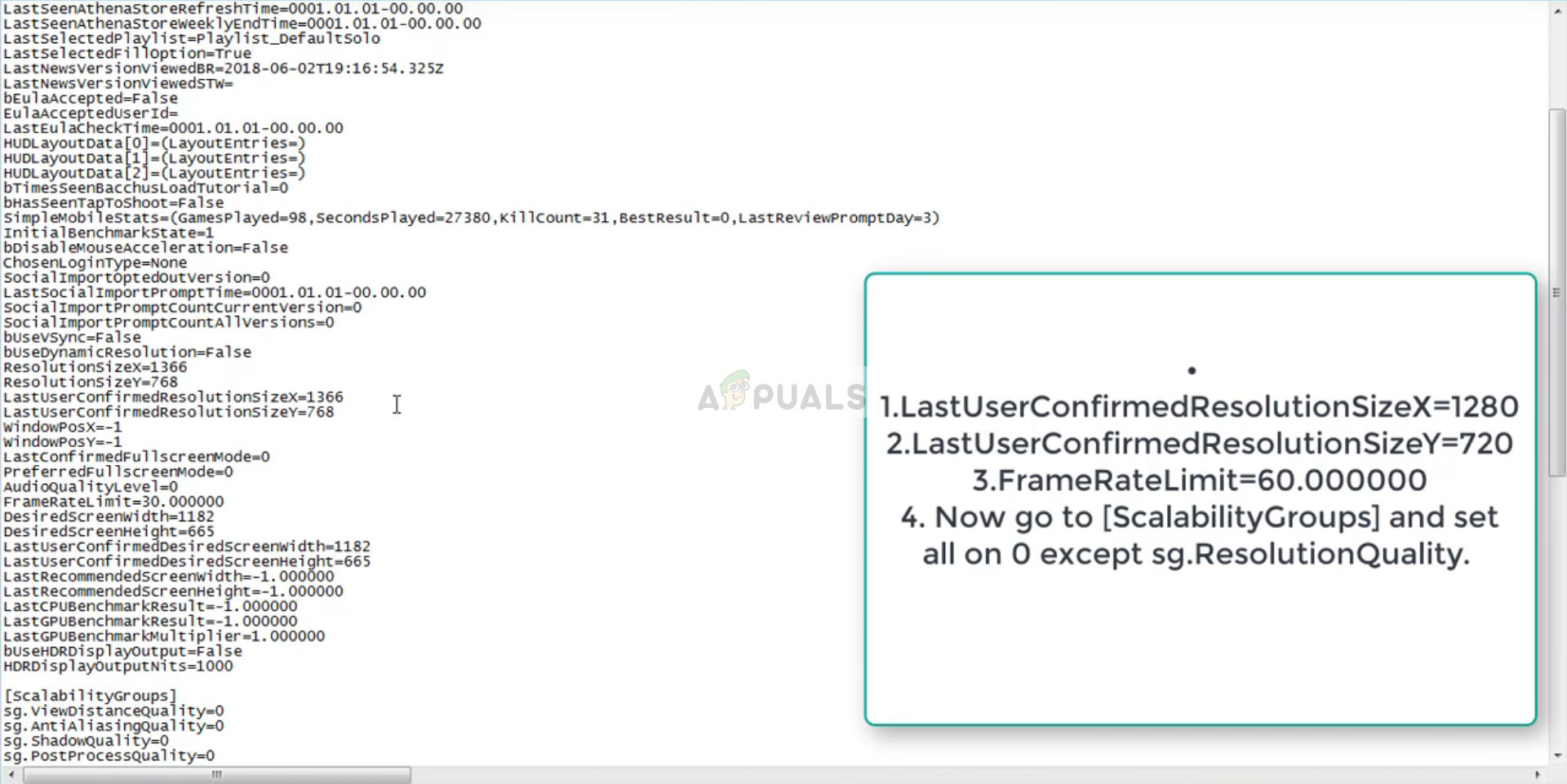 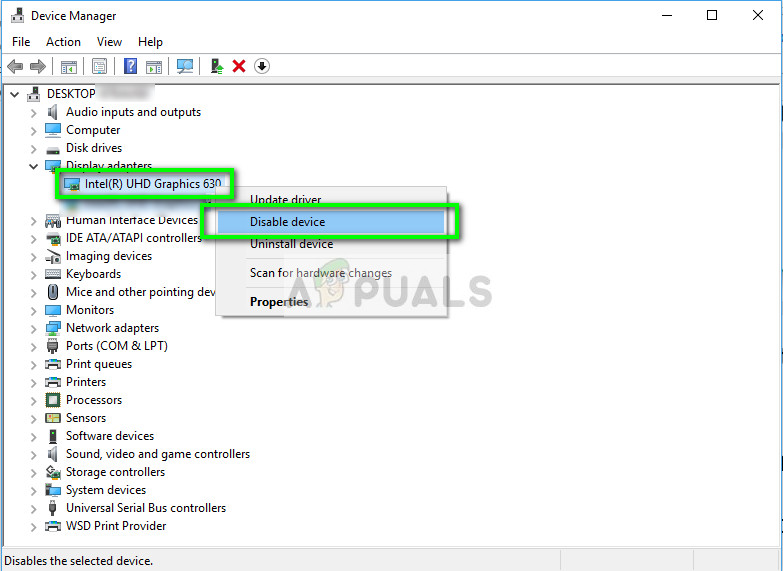 TDR checks periodically if your graphics hardware is responding as expected. If the graphics hardware doesn’t respond to TDR within two seconds, Windows automatically assumes that the hardware is hung and forces it to “re-initialize itself”. This is done to prevent the whole computer from freezing itself like it used to do in the past.

We can try adding a new value in your registry related to TDR and check if this solves the problem at hand. If it doesn’t, feel free to revert the changes by deleting the key.

Note: Registry editor is a powerful tool. Changing keys which you have no knowledge of can hamper the performance of your computer or even render it unusable. Backup your registry before moving on with the solution just in case. 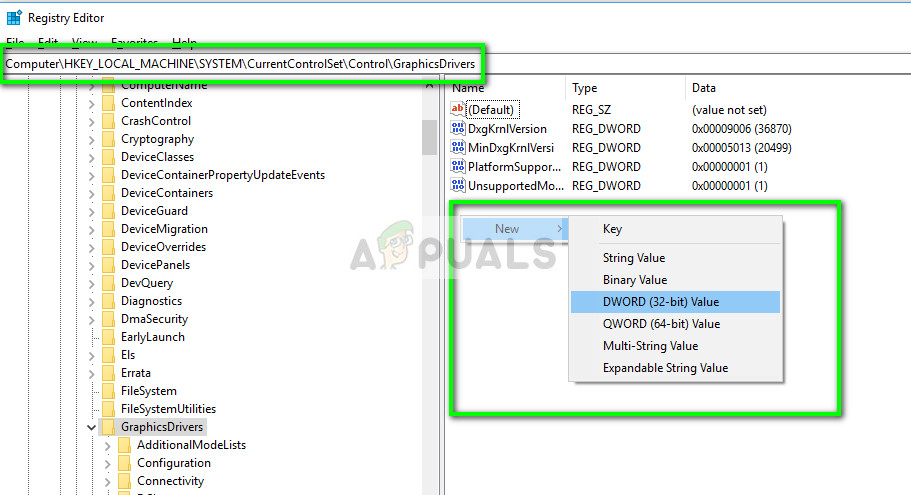 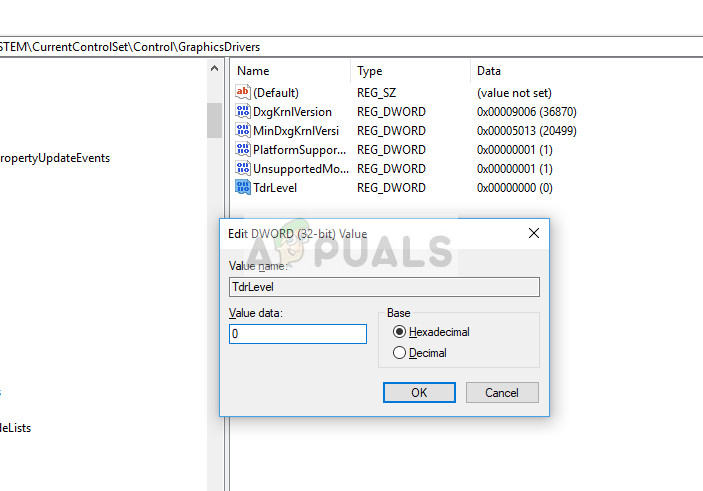 If all the above methods don’t work, it is likely that there are several crashes on the game’s end and there is pretty much nothing you can do except keep checking when the problem is resolved. Servers may crash due to numerous reasons such as untimely maintenance, server overloads etc.

Look for any official correspondence on twitter or you can use third-party channels and see if there are any reports of Fortnite down. From there you can get an idea whether the servers are down or functioning normally.

In addition to these fixes, you can also try the following: