Fallout New Vegas is one of the most revolutionary first-person shooting role-playing games and it is thought to be the best Fallout game by the majority of players. However, the game appears to be somewhat buggy on the PC and the port appears to be faulty for some people.

The “Out of Memory” message appears while playing and the game crashes immediately afterwards. Even though the name suggests that the PC playing may simply not have enough dedicated graphics card memory, the error also appeared for users on gaming PC which definitely don’t suffer from such issues.

What Causes the ‘Out of Memory’ Error on Fallout

The cause of the error is usually the fact that the game is somehow unable to use more than 2GB of RAM by default and it needs to be changes using mods. Also, there is another helpful mod which can be used to solve the problem.

Solution 1: Use the 4GB Patch

The 4GB patch for Fallout: New Vegas is a tool used to load the game with the Large Address Aware executable flag which is used to allow the game’s executable to use 4GB of Virtual Memory Address Space which can actually stopped the “Out of Memory” error from appearing.

This patch will indeed work with the Steam version of the game and you will be able to install it easily as the developers have made the process easier than it was before. 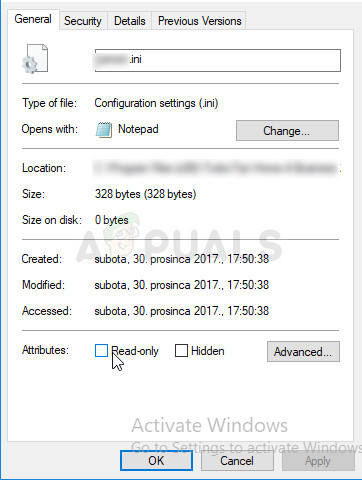 Solution 2: Use the Stutter Removal Mod for Fallout New Vegas

Using this mod from Nexus Mods combined with the 4GB patch should definitely fix the problem for you as it did for some other users online. This patch is also highly useful for lower end computers which had performance issues when running the game so the mod should be helpful either way.