Fallout 4 is an RPG set in the post-apocalyptic wasteland of Boston, known as “The Commonwealth” in the year 2287. The story begins when the “Sole Survivor”, the only survivor of Vault 111, awakens and exits a cryogenic stasis only to find their spouse murdered and infant child kidnapped.

At the beginning of the game, the player gets to build their character’s traits and attributes by assigning a total of 21 stat points to their S.P.E.C.I.A.L statistics. These are strength, perception, endurance, charisma, intelligence, agility, and luck. 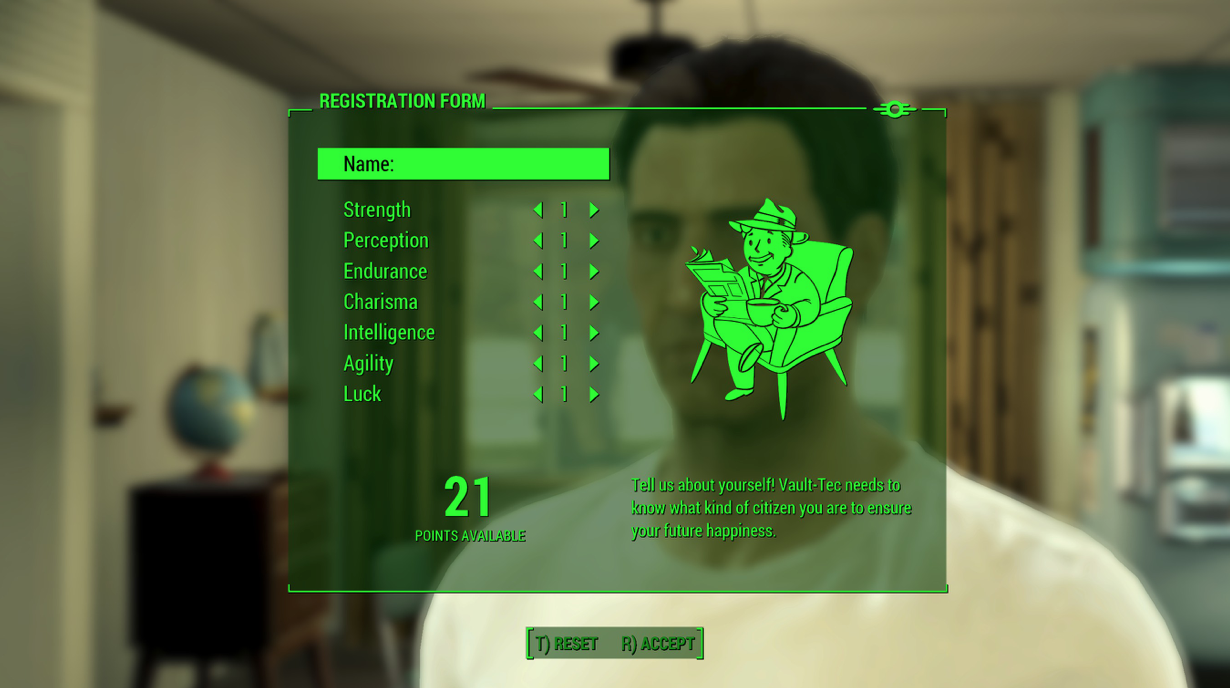 The way you assign these points will affect how your character’s behavior in numerous ways. Your S.P.E.C.I.A.L points also determine what perks you can select from the perk chart. Unlike the previous installments of the franchise, there are 2 ways to increase your base S.P.E.C.I.A.L points in Fallout 4. First, every time you level up, you will get a skill point which you can either spend on one of the many perks from the perk chart, or use to upgrade any one of your character’s S.P.E.C.I.A.L attributes.

Some prerequisites are needed to unlock the ability to acquire a perk from the perk chart. The most common one is that you need to have enough points into your S.P.E.C.I.A.L to unlock the desired perk, for example, 6 points in charisma are required to be able to unlock the perk ‘local leader’. Each base skill can be upgraded up to a maximum of 10.

The other way to increase S.P.E.C.I.A.L stats is to acquire the corresponding bobblehead. 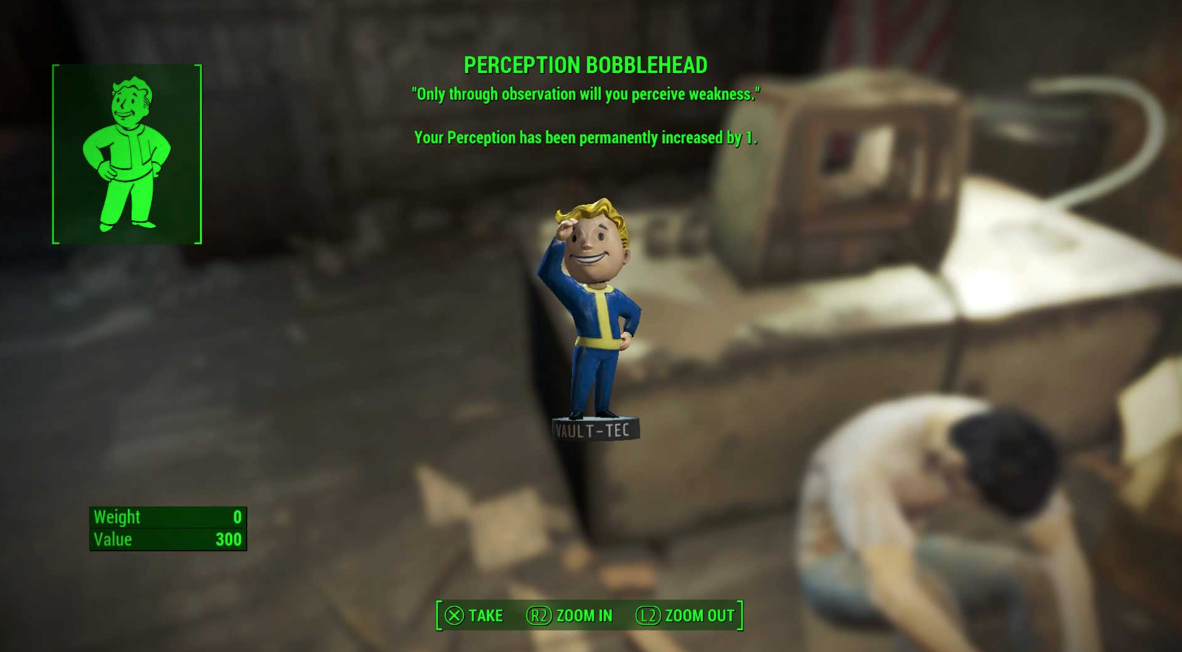 By adding skill points into the following:-

Prices of items are reduced when trading and the success rate of persuasion in the dialogue are also increased.

The Max action points ( AP ) are increased and reduced chance to be detected while sneaking.

The recharge rate of the critical hit meter is increased. The chance to find caps and ammo is also increased. 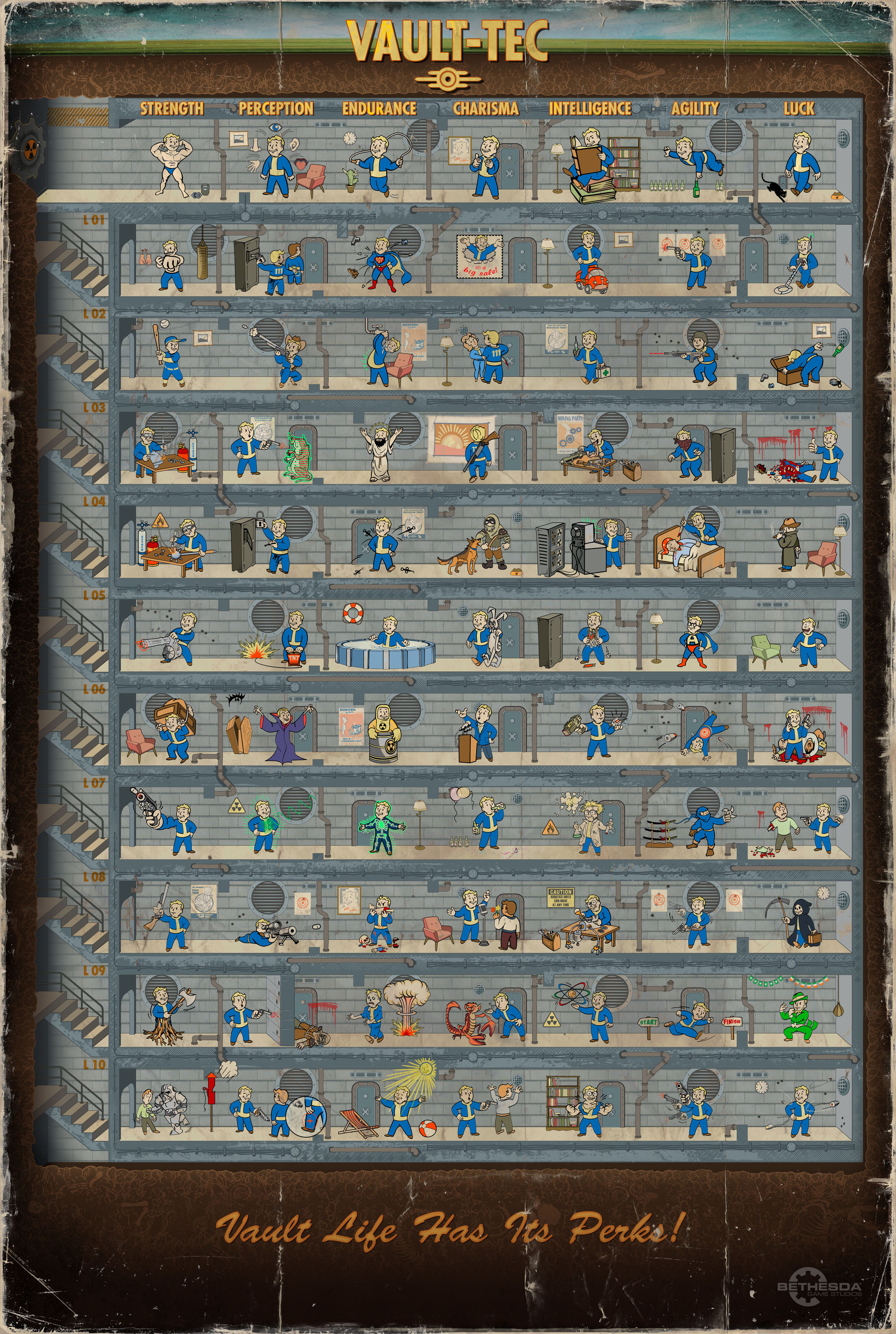 The perk chart is divided into 10 horizontal layers with 1 perk for every S.P.E.C.I.A.L attribute per layer. Perks also have multiple ranks that can be unlocked once the player reaches the required level. Perks or perk ranks that the player cannot unlock are grayed out and have to be unlocked. 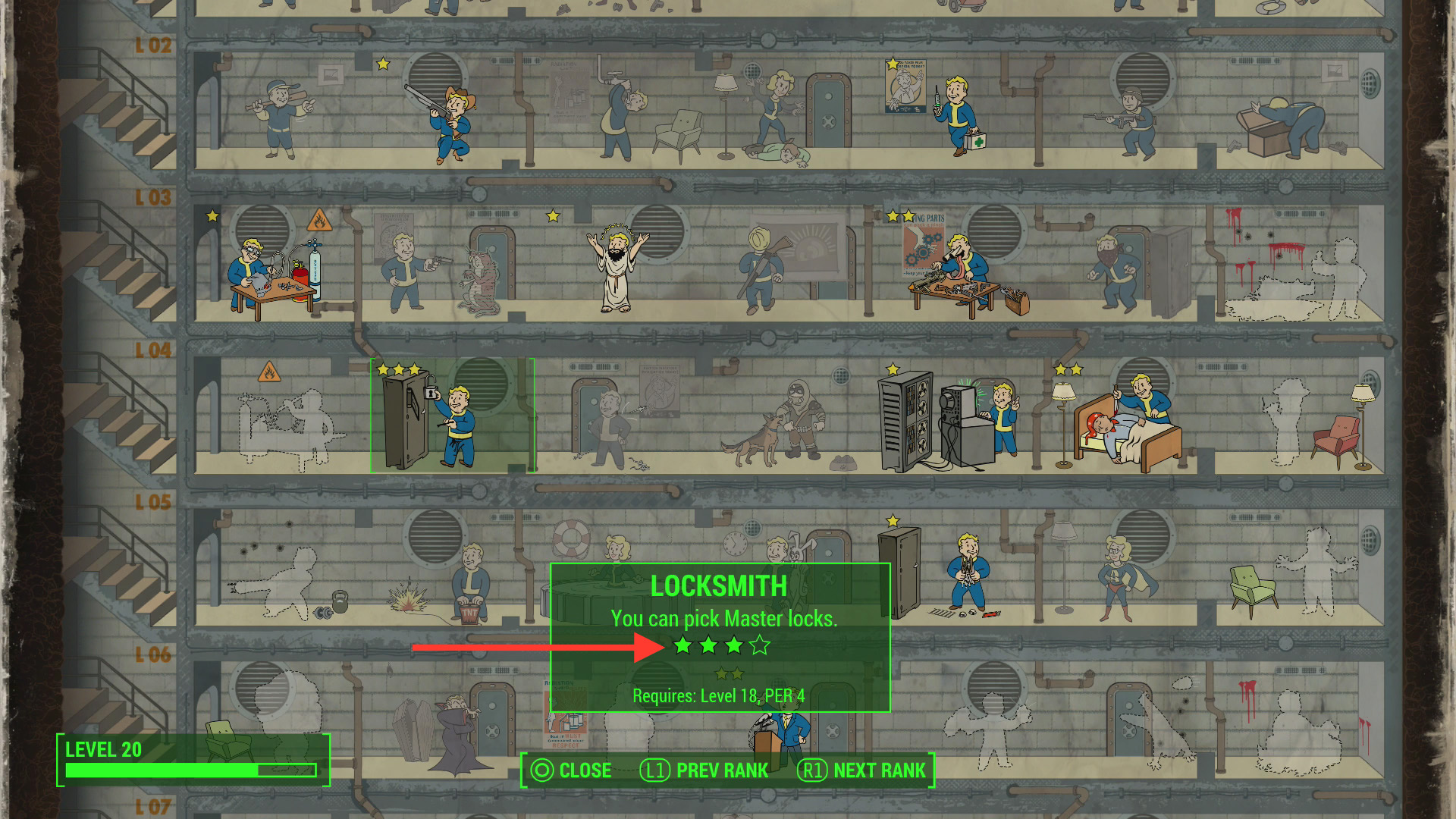 The filled-in stars indicate unlocked ranks. On the bottom of the window, the requirements for the selected rank are displayed.

To unlock a perk, you need to be a certain level and have enough points in the corresponding S.P.E.C.I.A.L base skill, for example, to be able to unlock the first rank of ‘Science!’, The intelligence of 4 is required. Once you meet the requirements, you can unlock the first rank of the desired perk by spending a skill point. To upgrade the perk and receive additional bonuses, you can keep adding skill points to the same perk until the limit is reached. For example, the ‘Commando’ perk can be upgraded 4 times and each tier increases automatic weapon damage by 20%, with a different additional bonus trait per tier.