Many zombie games come and go and are at one point forgotten about. However, Dying Light is an exception. This zombie game has a vast variety of points of interest to explore.

The players get to control the agent known as Kyle Crane who is an agent for the GRE, an agency that wants to find a cure for the Haran virus for themselves.

While on the career mode players can freely discover the hidden mysteries of the game. Most of them are so secret that once found are bound to be interesting. As a fun part for players to explore, the developers added a couple of easter eggs that are scattered throughout the game. The easter eggs can be interacted with and some even grant you rewards for discovery.

When the old town is unlocked the players can go to the bottom left side of the map near the border of the game. There will be a few congested buildings. On the building which is ‘L’ shaped players can proceed to the roof of the building where they can find a chimney and inside the chimney will be a green pipe.

Once the player holds the interaction button, Crane will pull the pipe and then a level will be unlocked saying World 1-1. The players can choose to play it. During the level, there is a hidden ‘Pyza Suit’ which allows the players to glide across rooftops! It can be obtained by bumping a secret pink cube and climbing on it, a blueprint will be laying on top of it.

This is a fun one. If you go into the tower and then inside the Cranes room you will find a guitar resting on the wall. The guitar is interactable and Crane will play a tune when interacted with.

He will keep playing normal tunes. However, during the school mission in which you enter a school and have to steal bombs from Rais’s men. There will be a cupboard, open the cupboard and there will be another guitar resting with a lesson book.

Pick up the book and head back to the tower and interact with Cranes guitar again. He will now play a longer tune.

During the career mode if you go inside the Cranes room there will be a soft board. Crane will keep updating that soft board with pictures of zombies and their names.

This is another fun interactable easter egg in which players get to play checkers with a secret person. Go to the rooftop of the tower and then go around the tower. You will find a checkerboard that can be interacted with.

The board can be interacted with once in a day and when a day has passed you can come back to see that someone made their move. The process can be repeated several times until the game will be over and there will be a blueprint left on top of the board which is for a SICK bomb.

The legendary sword of Sir Arthur named Excalibur is in the game named as ExP Calibur. It has been added in the game as a reference to the real weapon and is obtainable.

The sword is stuck on a rock and impaled in a corpse. The rock is separated from the town and a bit further above the ocean.

The Players can swim towards the rock and they can obtain the sword from the corpse when pulled. It can take some time in pulling the sword so be patient. When the sword is pulled the corpse will catch fire and will be burned. There will be a blueprint left for the sword when the corpse is finished burning.

The ExP Calibur is powerful and weak aswell. It only stands up to a durability rating of 7 and cannot be repaired. Fortunately for players they can always use the blueprint to craft a new one again!

Who wouldn’t love an over powered machete at. the beginning of the game? That’s right this a machete that can be obtained in the very start at the game and it packs quite a punch!

The location of the machete is on top of a abandoned building which looks like a C. You can use the exterior air conditioning unit and then parkour all the way on top of the building

Once on the top you will find a stack of boxes. Climb on the boxes and there will be a blue tool box hidden. In order to open the box, you’ll need to kick the box 40 times. It is a very powerful machete with a damage rating of 485 and durability rating of 35. It is named after one of the developers.

Only Destiny players would know the sheer excitement that was the loot cave. The loot cave was a spawn zone which players used to farm enemy loot by killing them as soon as they spawned.

Players can reach the location by visiting a small cave on the top right of the map.

You can enter the cave by going in a well-shaped hole and swim underwater from where you will arrive in the cave. There will be a few dead bodies there and some plants. After a few moments, a message will pop up saying “Your destiny is to build your legend (and get loot).” 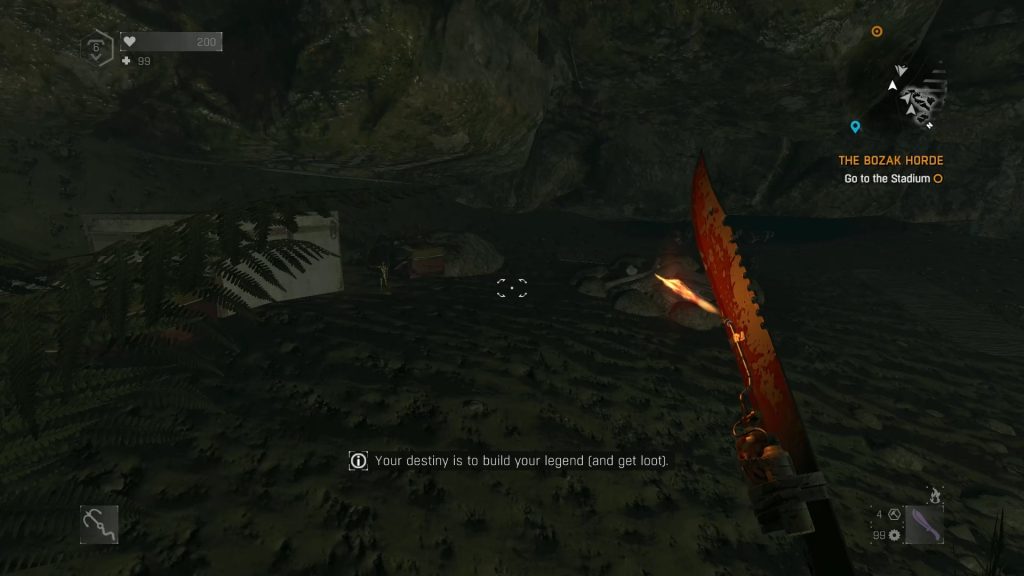 Soon zombies will start crawling out of small holes which you will need to kill. Once all the zombies have been eliminated another message box will pop up saying “Enough! Patch 1.0.2 activated. Better do some quests.” 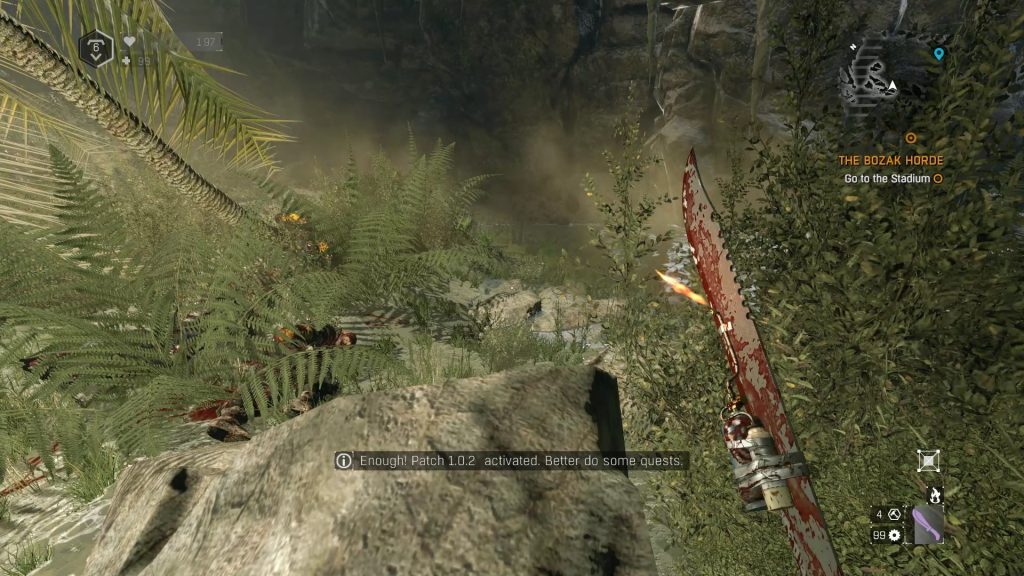 Make sure to grab all the loot after killing the zombies as some of them contain good valuables that you can later sell in the game for money. There is also a hard difficulty chest and a statue near the chest which you can pick up.

When you go towards the upper floor using the lift turn right as soon as you get out and look on the poster on the wall. You will find a Jade Aldemir fight poster with a QR code on the bottom right of it which you can scan and it will take you to a website of haran city. 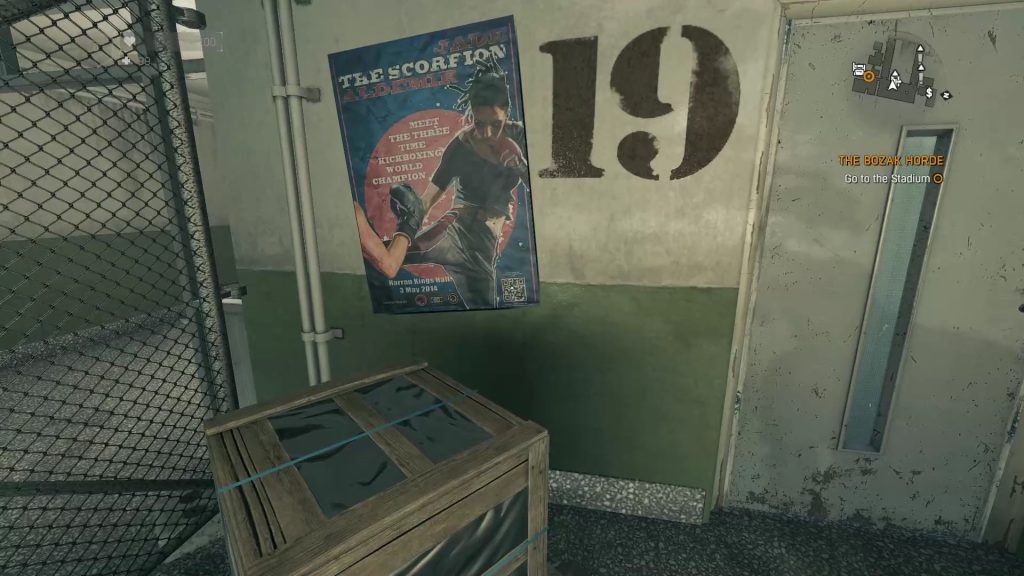 When the prologue is completed and you receive a safe house which is a compound area. Near that safe house is a shop with a name that says “Left 4 Bread”. A clear reference to the game Left 4 Dead. 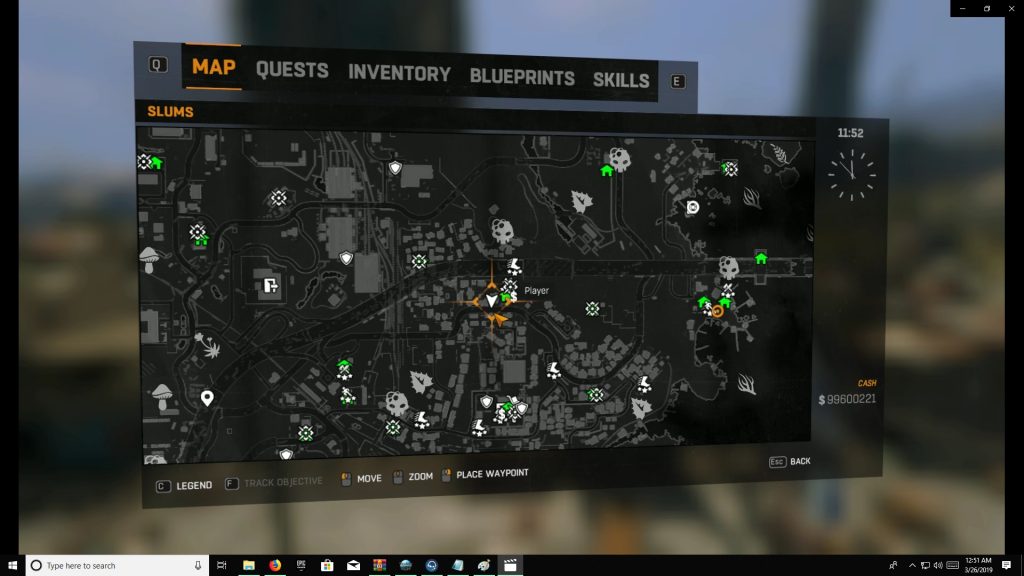 During the mission broadcast when you have stopped the bombing from happening you can choose a zip line to go from the tower and towards a rocky terrain. On that terrain go forward and then climb a small wall then move to the right until you see a toxic lichen underneath you. 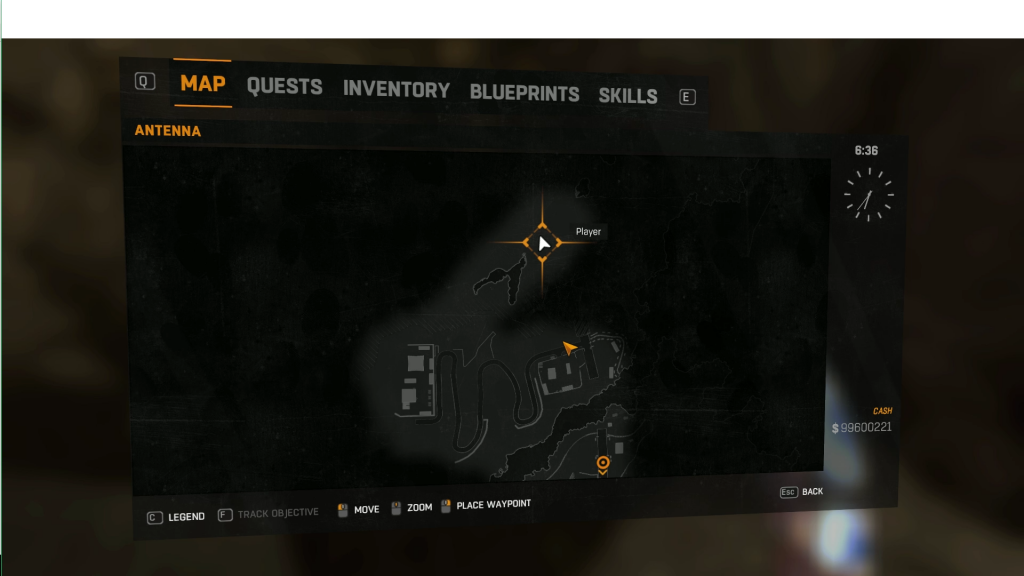 Interact the plant to go into the zombie world of the famous game “Plants Vs Zombies” there you can find the iconic garden with plants battling against zombies. 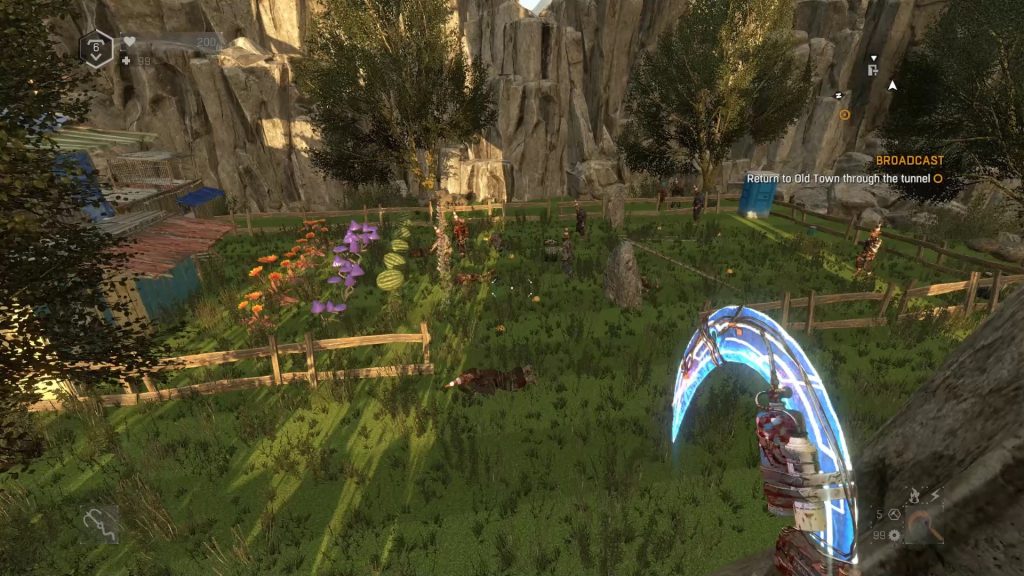 This concludes our list of Dying Light Easter Eggs. We hope this guide was useful to you.