The continuous Apple logo loop is a problem faced by many iOS users across the globe – a problem in which an Apple device refuses to boot up when connected to its charger and keeps on displaying a loop of the Apple logo. In addition, once the charger is disconnected, the device powers down regardless of the amount of time for which it was connected to the charger.

Apparently, there is no universal cause for the continuous Apple logo loop problem as users who have managed to remedy the issue have declared a variety of factors from a faulty battery to a simple buildup of electric charge in the circuitry to be the problem. On top of that, it would seem that different fixes worked for different people suffering from this problem. The following are the three fixes that have proven to be able to solve this issue for the majority of the iOS users suffering from it: 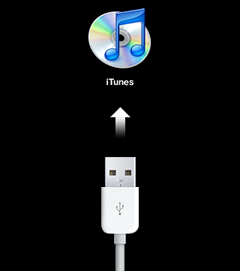 As simple as this fix may seem to be, it has worked for the majority of the people suffering from the continuous Apple logo loop.

Last, but certainly not the least, another fix that seems to have worked for a substantial number of people suffering from the continuous Apple logo loop is replacing the charging dock.

All a person needs to do is purchase a new charging dock and use it to charge their device, and the device should boot up normally.