In the event that the CNG Key Isolation service fails to load or initialize, the behavior is recorded in the Event Log. Most of the time, the service fails to start because the Remote Procedure Call (RPC) service is forcibly stopped or disabled. If the CNG Key Isolation service is stopped, the Extensible Authentication Protocol (EAP) will fail to start and initialize at startup.

As you’ll come to see below, the CNG key isolation service shares an executable (lsass.exe) with several other services.

LSASS stands for Local Security Authority Subsystem Service. The genuine lsass.exe is a legitimate software component part of the Windows environment. The executable is regarded as a core system local authority process that is built into Windows. The default location os lsass.exe is in C:\ Windows \ System 32.

Some Windows users find that the Lsass executable consumes a lot of system resources and suspect lsass.exe of being a virus or another type of malware. While this certainly possible, the chances are of this happening are slim.

However, there is a known copy-cat virus that has been known to infect systems by camouflaging into the Lsass executable. The process is similar, but not identical to the genuine Local Security Authority Subsystem Service. The malitious process is named isass.exe, as opposed to the legitimate process that is named lsass.exe. If you find that the process starts with a capital I instead of a lower case L, your system is probably infected.

You can confirm this theory by checking the location of lsass.exe. Generally, if the Lsass executable is located in C:\ Windows \ System 32, you can safely assume that it’s the legitimate Local Security Authority Subsystem Service. To do this open Task Manager (Ctrl + Shift + Esc) and scroll down in the Processes list to Local Security Authority Process. Right-click on it and choose Open file location. If the process is not located in System 32, you can be sure that you’re dealing with a malware infection. 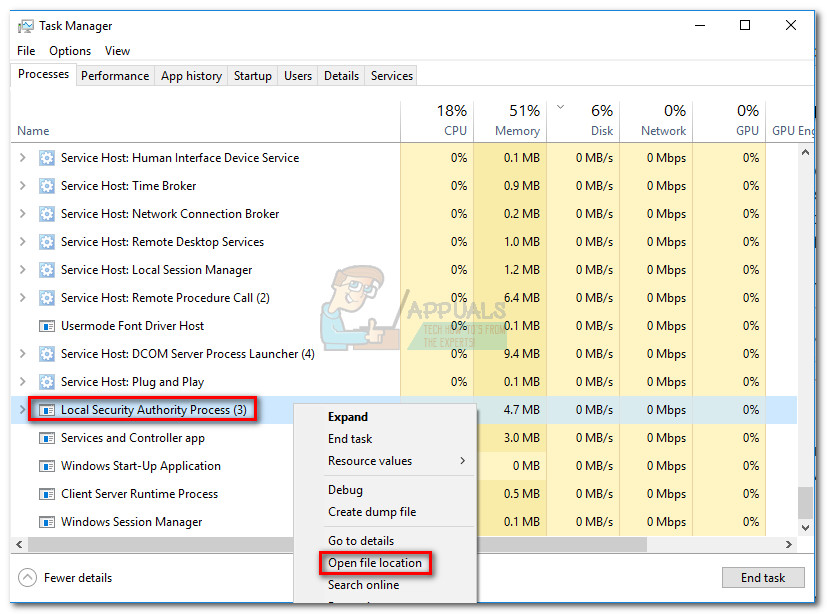 The “Isass.exe” is a trojan virus with keylogging properties known the Sasser worm family. Its main purpose is to quietly harvest data from your system. By registering every keystroke you type, the virus is configured to go after account usernames, passwords, credit card numbers and any other sensitive data that is ultimately used for an illegitimate financial gain.

The virus has been around for several years and Microsoft has already taken measures against it. If you find that you’re infected, you can use the Microsoft Malware Removal tool to remove any traces of the Sasser worm. After months of infecting countless Windows 7  and XP users, Microsoft has patched the vulnerability that allowed the virus to infect Windows machines. As of now, it’s no longer possible to get infected with the Sasser worm if you have the latest Windows security updates.

Should I disable the CNG key isolation service?

No. The CNG key isolation service is a critical system process needed to store cryptographic information securely. Under no circumstances should the legitimate CNG Key Isolation (KeyISO) Service should be permanently disabled.

Ending the lsass.exe process in Task Manager will also stop the CNG key isolation service. But keep in mind that this might cause your system to shut down forcibly. Since it controls the most important part of the log on security, the CNG key isolation is an essential function of Windows.

However, if you suspect that the CNG key isolation service is not functioning properly or is causing problems with your system, you can try to restart the service. To do this, open a Run window (Windows key + R) and type services.msc. Then, hit Enter to open the Services window. 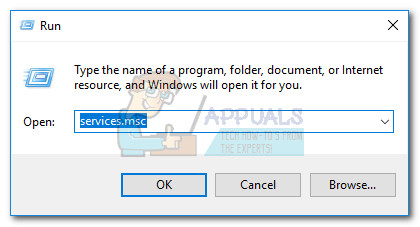 In the Services window, scroll down to the CNG Key Isolation service. Right-click on the service and then choose Restart to force a reinitiation. 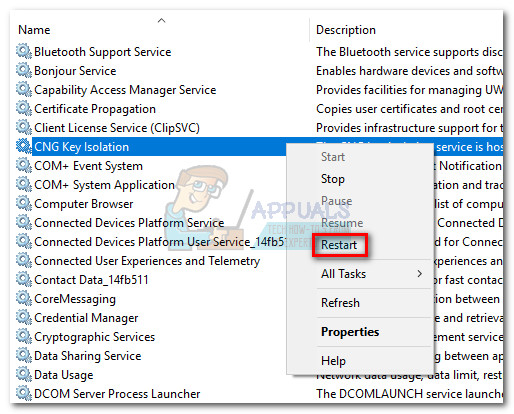 Note: Keep in mind that depending if the CNG Key Isolation service is currently in use, you might encounter an unexpected system reboot. Do not restart this service unless you have legitimate reasons for doing so.

What is: CNG Key Isolation (lsass.exe)