The disk drive that stores within it both your computer’s Operating System and all of your files, folders and data is most definitely an integral part of your computer. Be it a Hard Disk Drive (HDD) or a Solid State Drive (SSD), it would be less than ideal (to say the least) for your computer’s disk drive to underperform as a slow, underperforming HDD or SSD can prove to be the death of computers with even the fastest of processors and the largest of RAMs.

Go here and download CrystalDiskMark (the Standard edition will do just fine). Install CrystalDiskMark on your computer and then run it. Open the dropdown menu at the right-hand side end of the CrystalDiskMark window and select the partition of the HDD or SSD that you want to benchmark. If you want to benchmark the entire HDD or SSD, run multiple benchmarks, each with a different partition of the drive selected. Unless you know what you are doing, don’t mess around with the size of the text file and number of times that the test will be run to obtain an accurate benchmark and leave them at their default values. If you know what you are doing and want to modify the test to your liking even further than these two settings, go to File > Test Data and you will be allowed to play around with a lot more options. 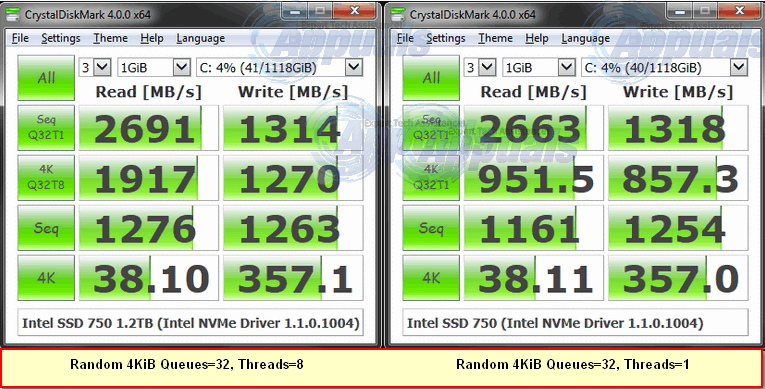 Wait for the tests to complete. Once they have been completed, you will be presented with the benchmarks produced, and you can these evaluate the performance of your HDD/SSD.

Note 1: Running an excessive amount of benchmarks on an SSD may lead to a decline in its performance.

Note 2: If you are testing an HDD or SSD that has your Operating System on it, you may experience poor performance and lag if you use the computer during the benchmarking process.

Apart from checking and analyzing the performance of the HDD or SSD that is your computer’s primary storage device, it would also be in your best interest to monitor its health and other aspects to make sure that you stay informed in the event that its health starts to decline. This is where CrystalDiskInfo (a program which can be downloaded from here) comes in. Designed by the same manufacturer as CrystalDiskMark, CrystalDiskInfo, simply put, allows you to monitor the condition and status of your HDD or SSD in real-time, complete with the drive’s temperature, the health of the drive’s sectors and everything in between. 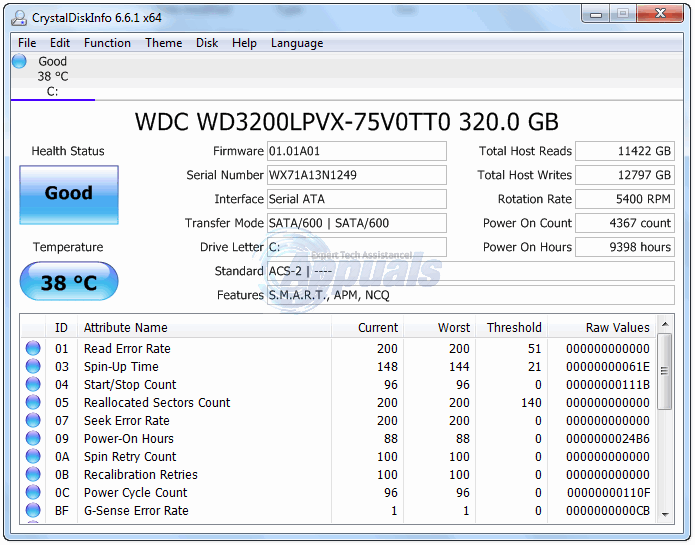