After updating to newer versions of the Windows Operating System, in particular Windows 8, 8.1 and 10, many people who own and use Brother Printers see that their computers no longer recognize their printers as printers but recognize them as USB Composite Devices instead. In all such cases, the printers in question were recognized perfectly fine by the last version of the Windows OS that the affected user’s computer was running on. This is quite a serious problem as this issue leads to affected users not being able to update their printer’s firmware and, well, not be able to use their printer to print anything.

In the Device Manager, such printers show up as USB Composite Devices in all cases and their properties can be anything from “This device cannot start (Code 10)” to “Operation failed” or “The requested operation failed“. Users affected by this issue have reported that disconnecting and reconnecting the printer, uninstalling the printer from the Control Panel and even uninstalling their printer’s drivers using the drive uninstallation utility found at Brother’s official website and then reinstalling them were all to no avail.

This is not an unsolvable problem, though, as the pretty simple fix for this issue is to update the firmware of any Brother printer that has been affected by this issue. However, updating an affected Brother printer’s firmware can be a bit tricky when your computer refuses to recognize it as a USB Composite Device and not a printer. 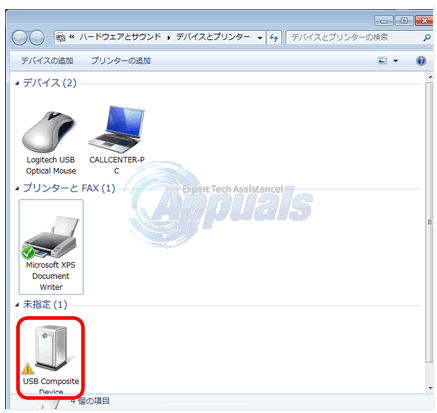 Here’s what you need to do in order to update a Brother printer’s firmware when your computer recognizes it as a USB Composite Device instead of a printer:

Connect the printer in question to a different computer – a computer that recognizes it as a printer and not a USB Composite Device, preferably a computer running on any version of Windows 7.

Wait a couple of minutes for the computer to successfully recognize and install the printer as a device.

Either search for your Brother printer using its model number or:

Select your Brother Product series on the next page.

Select your Brother Printer’s model number in the page that pops up.

In the window that pops up, click on your preferred language.

Click on Agree to the EULA and Download, and the Firmware Update Tool should start downloading automatically once you get to the next page.

Once the Firmware Update Tool has been downloaded successfully, launch it.

The wizard will automatically recognize your printer during the process. Follow the wizard through to the end. Once you have successfully followed the wizard through to completion, exit, disconnect your printer from the computer and connect it to the computer that was previously recognizing it as a USB Composite Device. The computer should now be recognizing it as a printer and not a USB Composite Device and you should be able to print.

Note: If you do not have access to another computer that recognizes your Brother Printer as a printer, you should know that some people have had success at fixing this issue by connecting their Brother Printer to the same computer via its Network port and following the procedure described above.