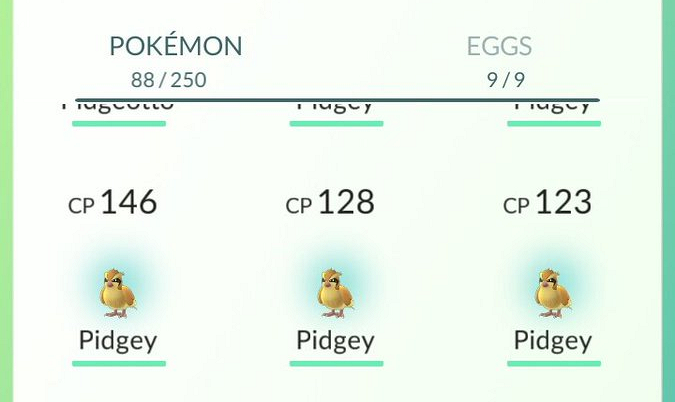 While perusing through this list, many Pokémon trainers notice an aura of a blue shade surrounding the sprites of some of their Pokémon, and most of these trainers wonder exactly what this blue aura is and what it represents. This blue aura is pretty well documented in the icons for Cubone, Horsea, Staryu and another Horsea in the following image: 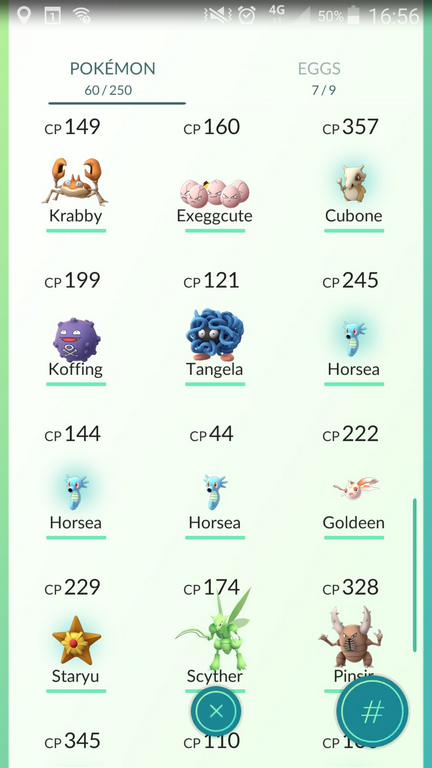 During the game’s first days, many players believed that this blue aura only surrounded Pokémon that were, in some way, special or had special stats/movesets, with some players even going as far as to speculate that the blue aura had something to do with Ditto, a Pokémon that still hasn’t been found and captured within the game. However, since then, it has been discovered that the blue aura represents a freshly caught Pokémon. The blue aura surrounds the icons of Pokémon in your Pokémon list that you have caught quite recently – like, within the last 24 hours. Once a Pokémon has spent 24 hours in your Pokémon list, the blue aura surround its icon in the list disappears, returning its entry in the list to the way it is supposed to be.

Niantic has provided Pokémon trainers with lots of ways to recognize specific Pokémon in their Pokémon lists and be able to set them apart from all of their other Pokémon, ways like deeming their most valuable Pokémon their Favorites and giving nicknames to Pokémon that they want to stand out of the crowd. Seeing as that’s the case, it only makes sense for Niantic to enable players to recognize freshly caught Pokémon in the Pokémon menu right away without having to tap on them to open their information card and see when they caught them.