Fallout 4 is one of the best RPGs I ever played. I agree that the story is not as well-written as the one in Fallout: New Vegas, but the game mechanics, visuals, and the level up system have been vastly improved.

The fun in Fallout 4 is never really over. I invested over 100 hours of gameplay before I started experimenting with community modes. Since the community behind Fallout is extremely active, you’ll find new modes with new things to do regularly. But setting the game mechanics aside, Fallout 4 holds a special place in my heart because of the post-apocalyptic world with beautiful, dark visuals. It uses the same Creation Engine that Bethesda used with Skyrim. I’m aware that some game critics were disappointed by the game’s visuals, but come on. Fallout 4 is set in a post-apocalyptic world, it wouldn’t make sense if everything was bright and shiny.

I’m a die-hard fan of Fallout 4, even if I don’t play it as much as I used to. However, I strategically keep mementos that remind me of how great the game really is. Aside from an official Fallout mug that handles all my coffee intake, I have a selection of Fallout wallpapers that change automatically to remind me of different game moments. In hopes that you share my passion for Fallout 4, I decided to share them with you guys.

Note: All the images below have a hyperlink in the name. Use it to download the wallpapers in high-definition. 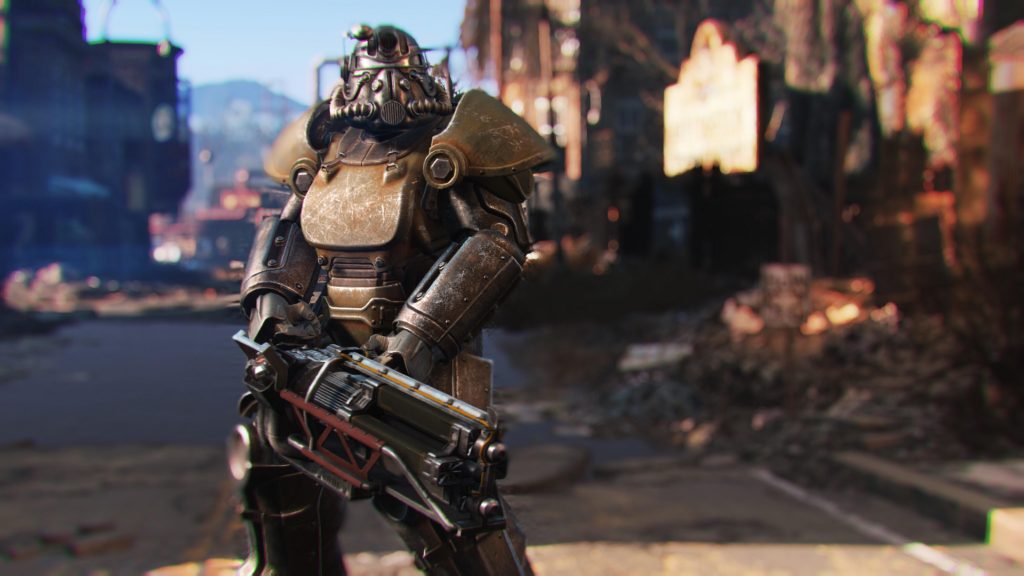 Remember the power armor in Fallout 4? With the right upgrades, you were almost invincible in that thing. This wallpaper was created by a Reddit user from an in-game screenshot. Amazing right? 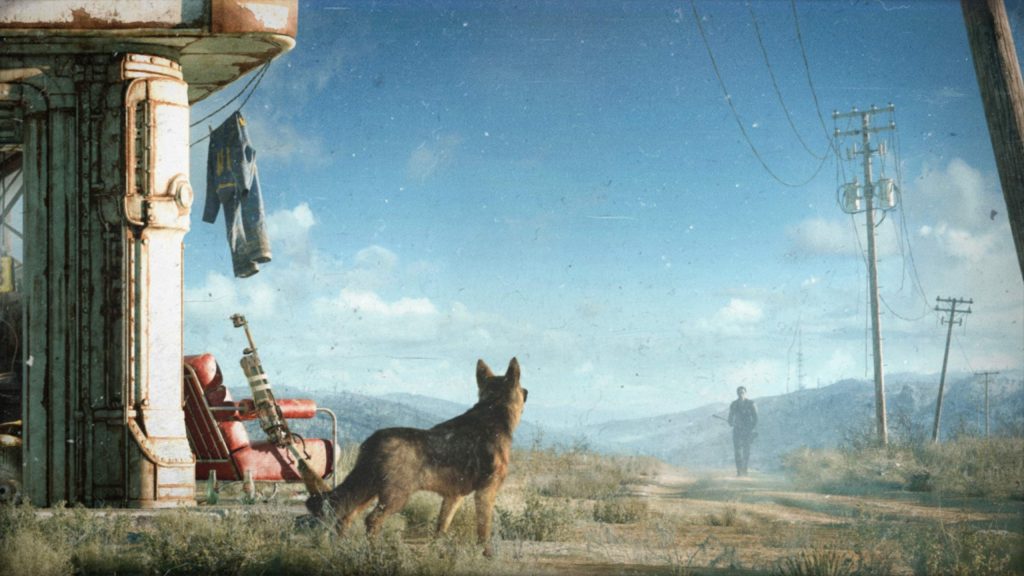 Any Fallout 4 player had a special relationship with Dogmeat. If you decide to use it as a companion, it will help you track human scents and find useful scrap parts. 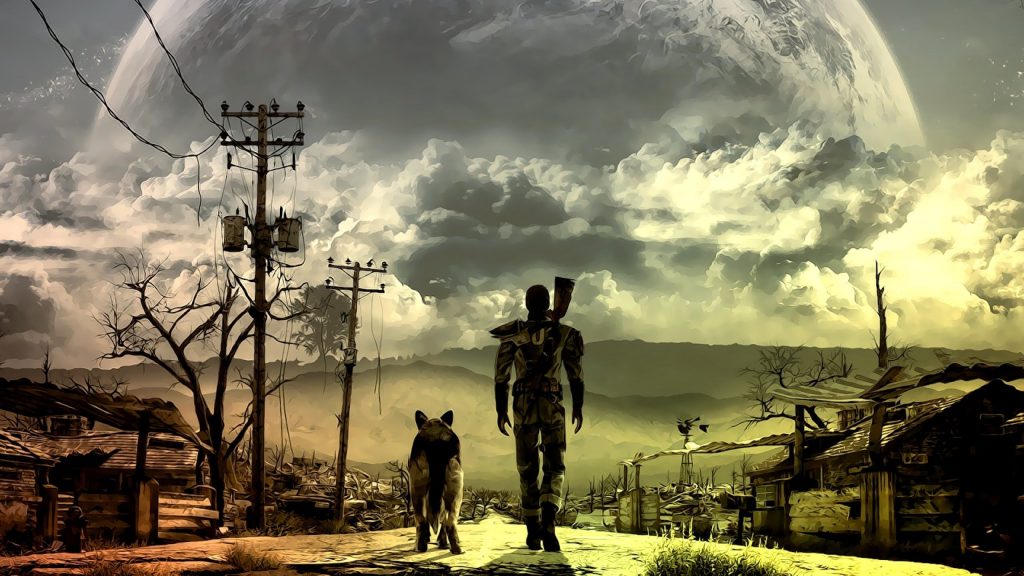 Imagine how you would feel after waking from a 200-year slumber. Fallout 4 is about strong bonds capable of transforming even the bleakest worlds. 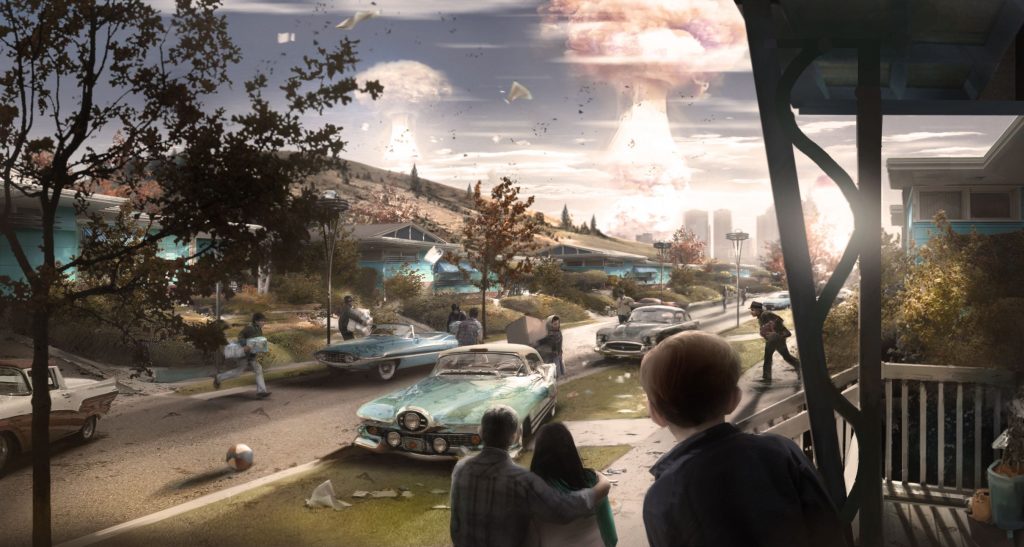 If you take into account the geopolitical world that we are living in, Fallout 4 plot doesn’t seem that far-fetched. Nevertheless, Bethesda did a wonderful job in establishing a rich history for the game. 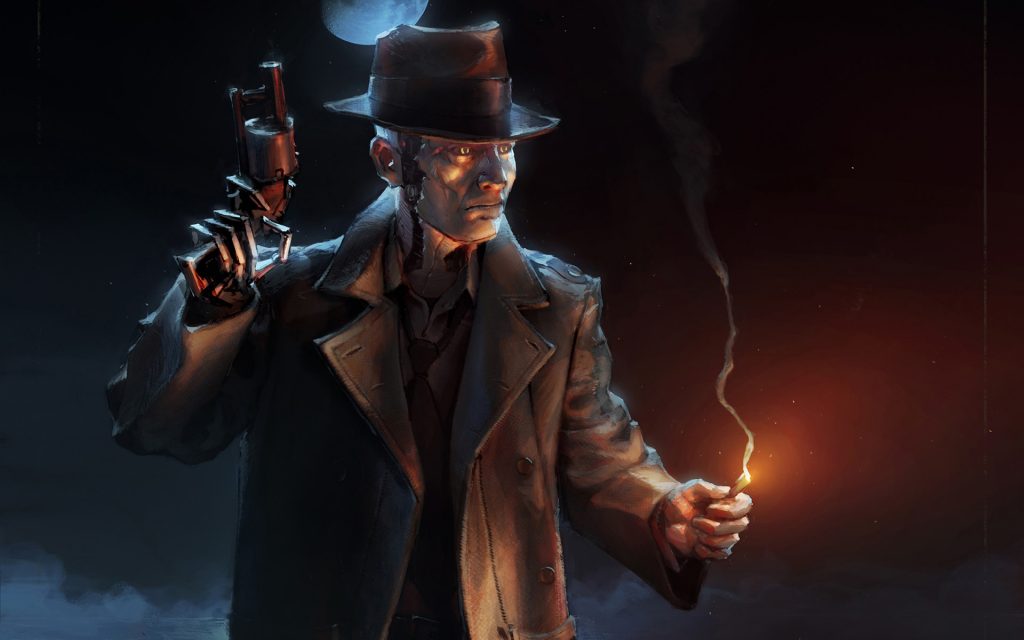 Nick Valentine was one of the characters that I was unsure about the entire game. Despite his mysterious origins, he is a well-respected personality throughout Diamond City. Regardless, he makes up for a great companion. 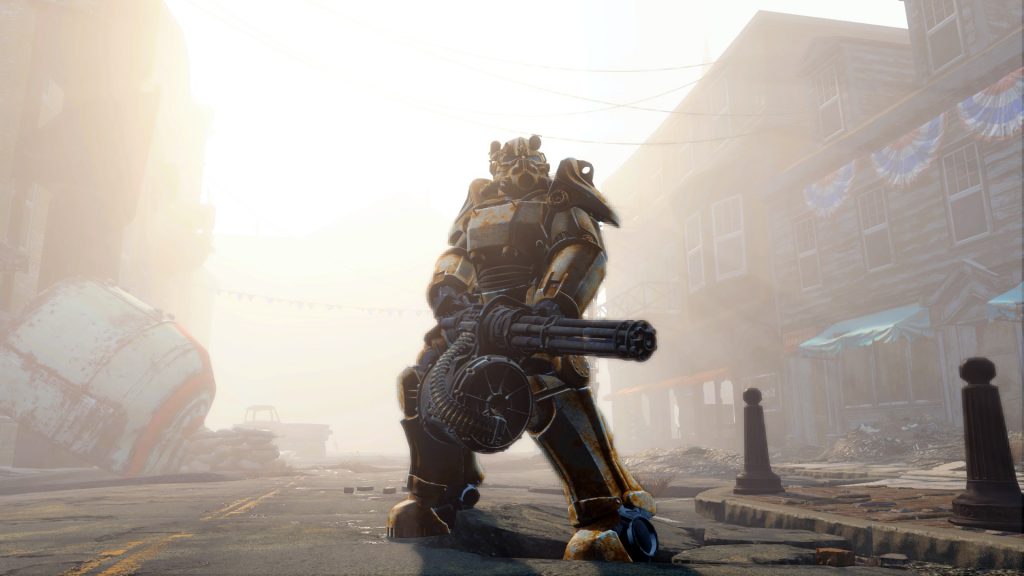 Even if it requires an eternity to start firing, the minigun makes up for it with an incredible fire rate and ammunition capacity. But be mindful on which enemy you use it on, as ammunition for it requires a decent amount of caps. 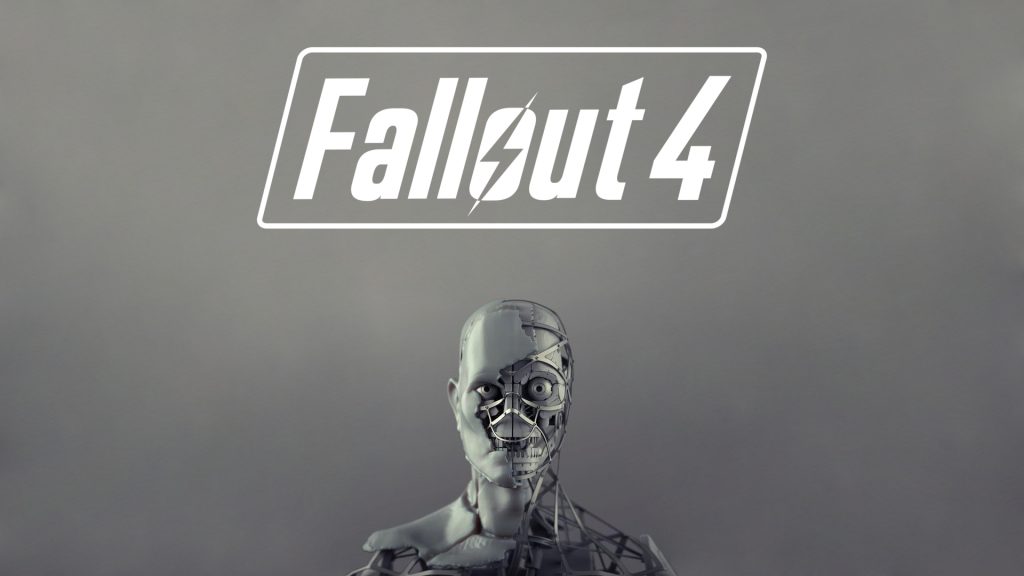 A synth is a Fallout term for an android or an artificial human. Fallout 4 does a good job of telling the background story on how the synths were created and what’s the difference between the three generations that determine their complexity. 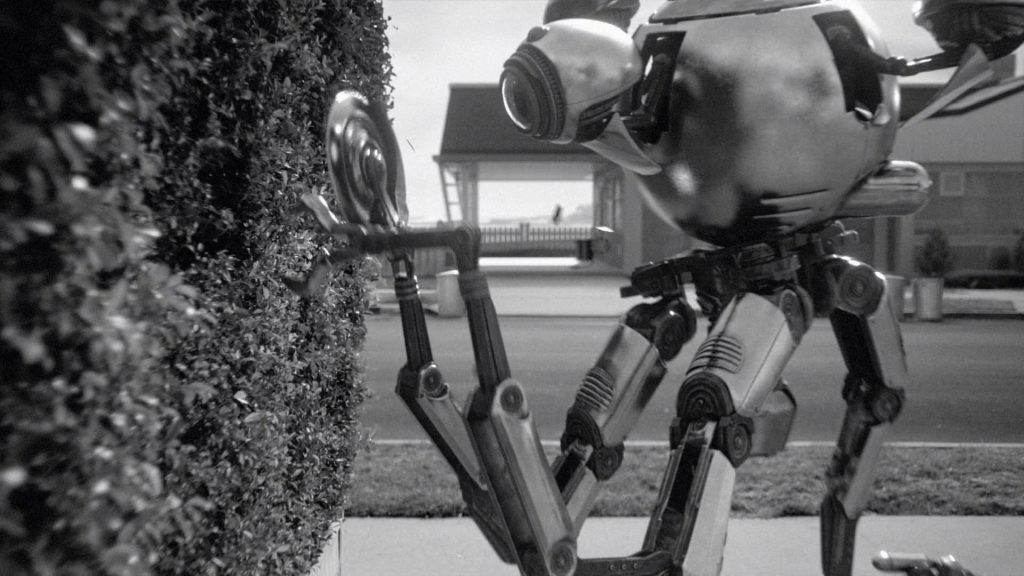 Codsworth is one of the 13 permanent companions that you can take you in battle. Originally your family’s robot butler, it can be rebranded as a faithful companion that will annihilate your foes. 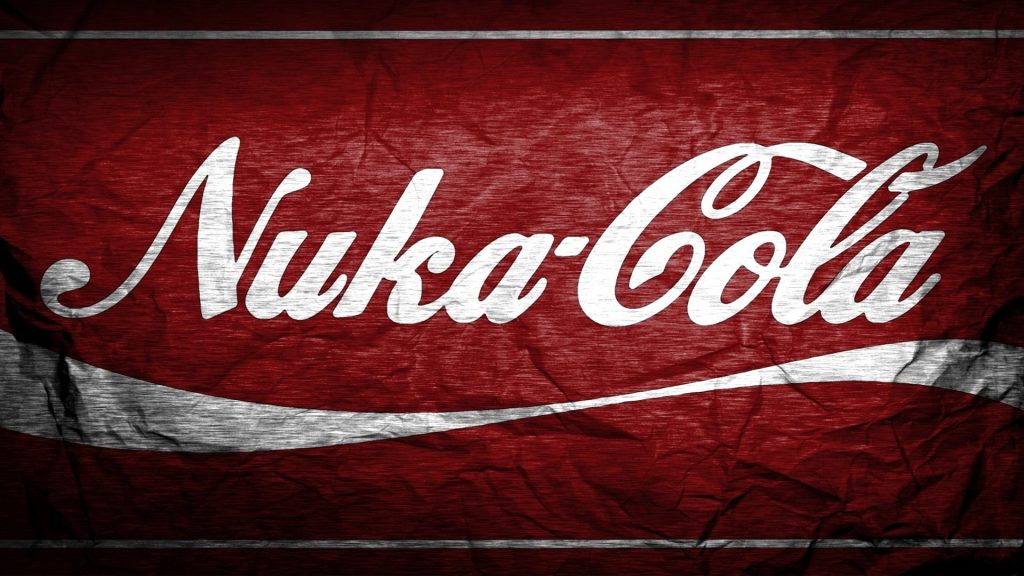 Nuka Cola is one of the long-lasting symbols of the Fallout series. Despite the repercussions of war, the drink remains one of the most popular soft drinks in Fallout’s post-apocalyptic world. Oh, and don’t forget that their bottle caps can be used as currency.

We are The Brotherhood 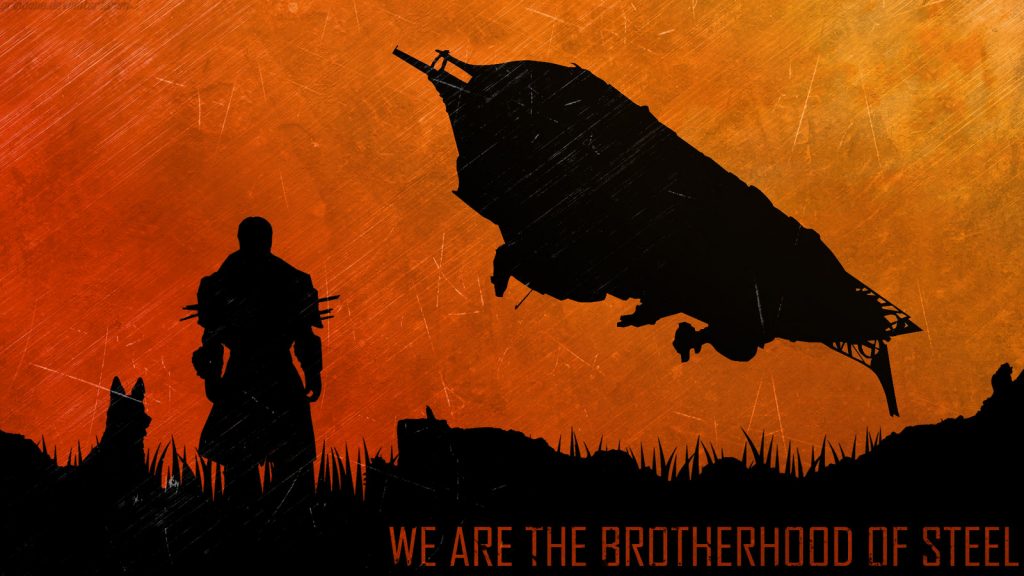 The Brotherhood of Steel is a technological organization with roots in the United States armed forces. The order is dedicated to regulating technology advancements in the wasteland. With the right decisions, your character can play a big part in all of it. 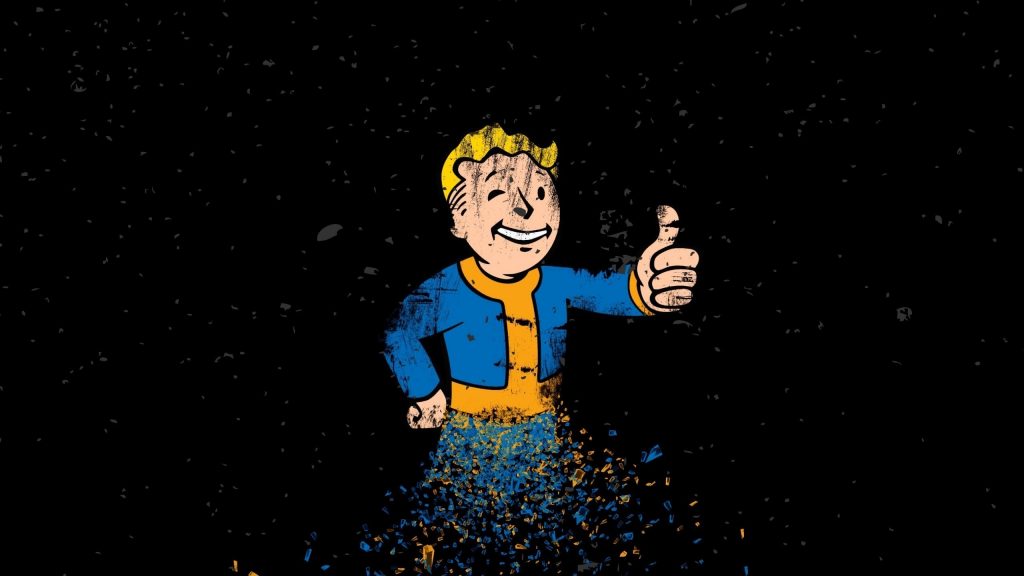 Vault boy is the iconic representation of all stats, perks, traits, skills, and items present in the game. Originally the mascot character of the Vault-tech corporation, he is a male cartoon character appearing in all their adverts and training films before to the Great War.

This concept art piece is taken from The Art of Fallout 4. It’s a 368-page catalog with various designs, concepts, and game environments. This just goes to show the level of detail and carefulness that went into this game. 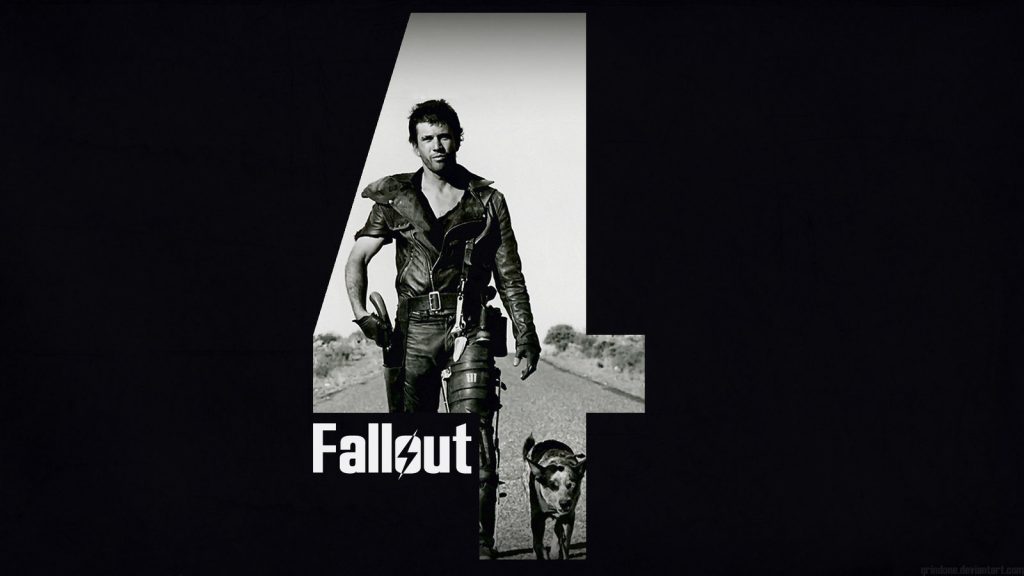 Fallout 4 modders have really gone crazy over the similarities between the game and the Mad Max movie. If the wallpaper isn’t enough, you can go for a mod that will allow you to use Mad Max’s outfit, his bottled water, along with his trusty shotgun and Australian accent. 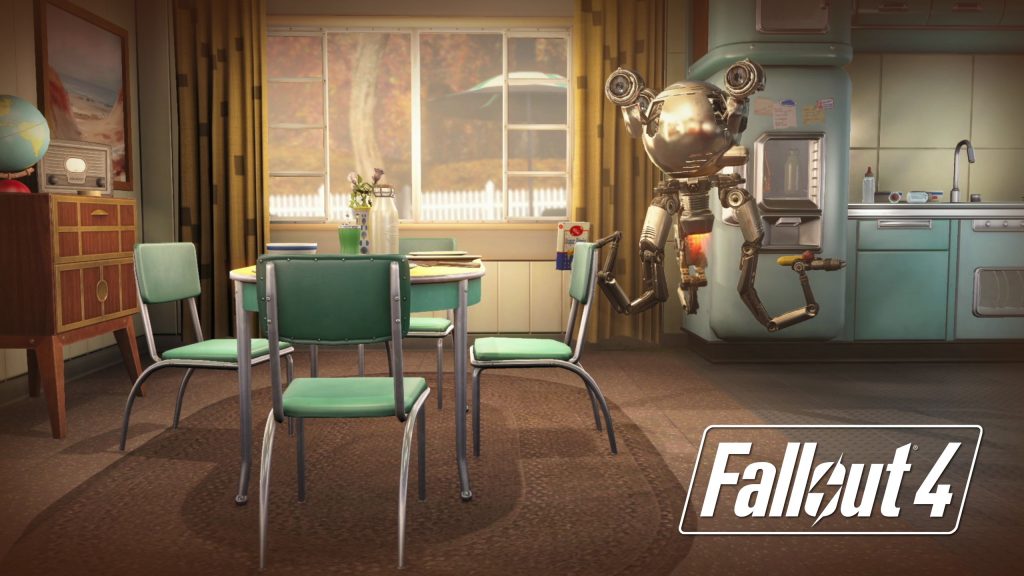 Before it started cutting enemies for the Sole Survivor, Codsworth was a robotic butler brought by the family not long before the big nuclear disaster. Being a robot he was denied entry to the Vault, so he stayed behind in the family home until being reunited with the Survivor.

Death to the Deathclaw 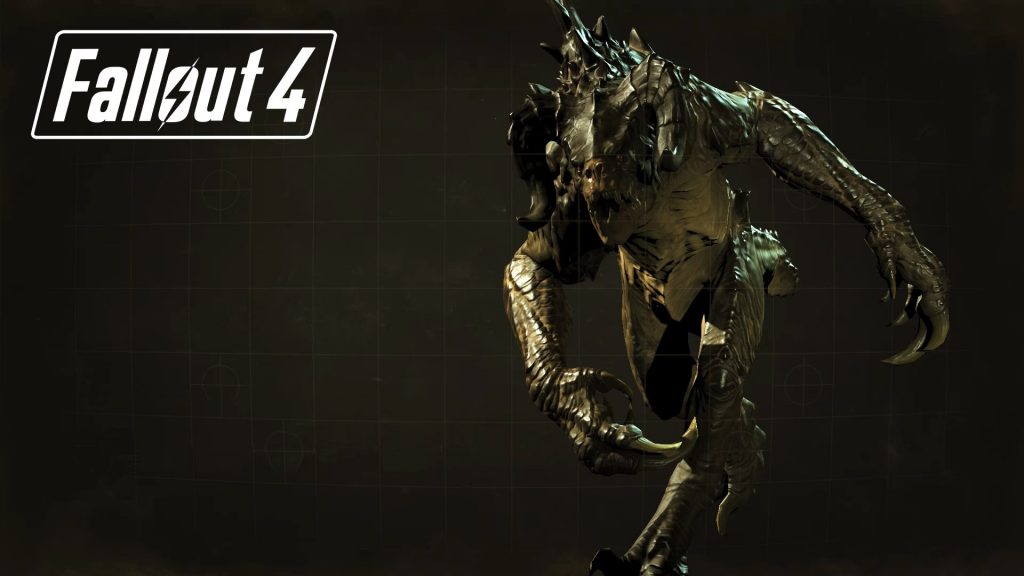 Deathclaw is one of the most formidable enemies in Fallout 4. It’s a mutated creature created through genetic engineering from a chameleon. Although it has lost its color-changing ability due to mutation, it’s large, agile and capable of killing you with just a few blows. 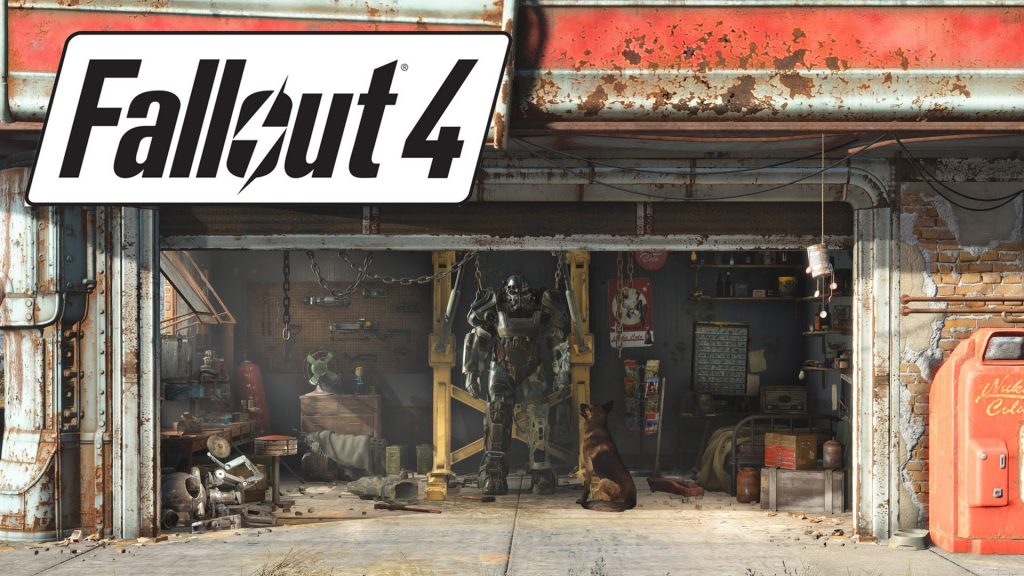 This garage will serve as a safe haven whenever you feel like taking a break from the wasteland. You can use it to work on armor modifications and apply power armor mods. It’s also one of the first places where you can get a power armor without having to fight anyone. 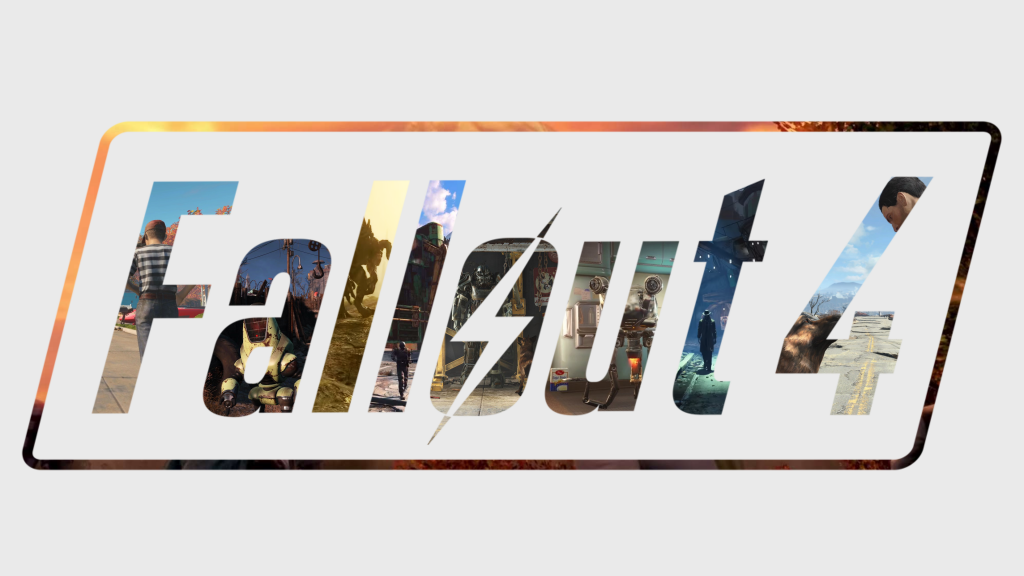 This 4k wallpaper has a little bit of everything. You got your average Deathclaw, Codsworth, Nick Valentine, and a few other small but important details that you’ll only discover if you zoom in. 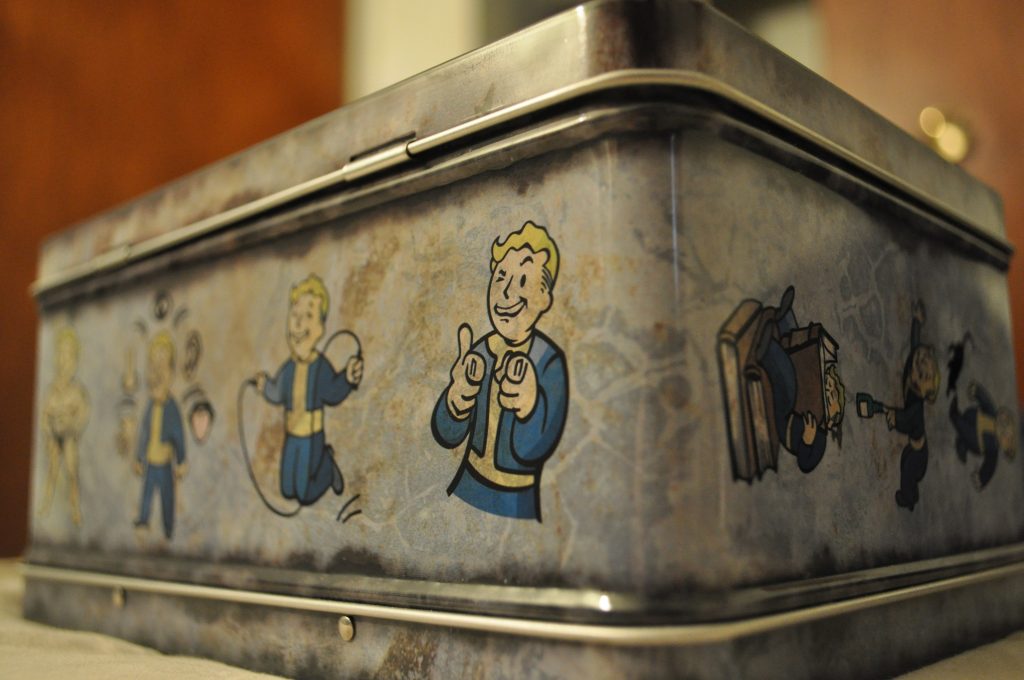 Fallout 4 has a stylized representation of American culture in the 1950s. There is a lot more technological advancement, of course, but they managed to integrate this perfectly in a representation of those days. 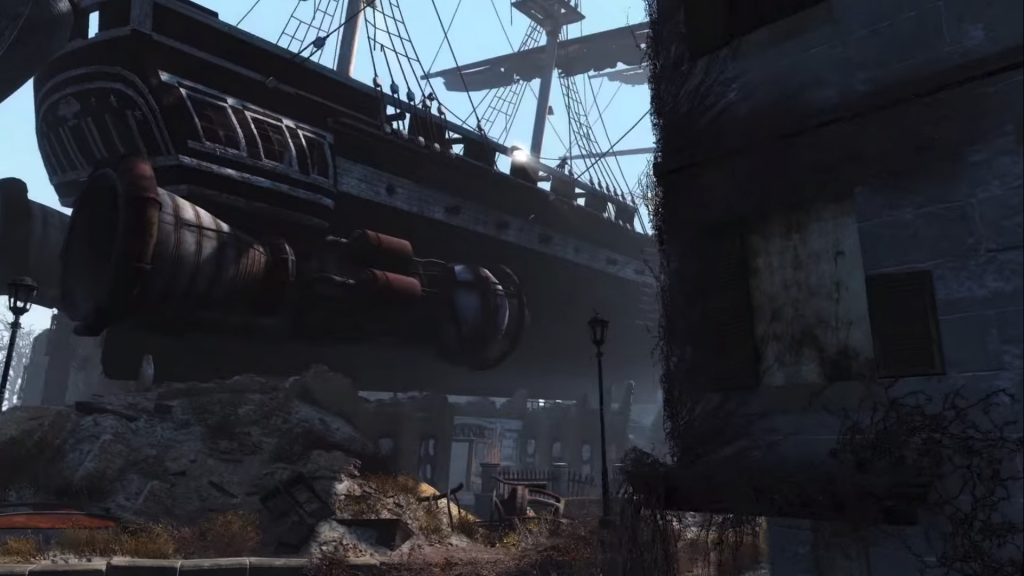 The USS Constitution is a ship administrated by a crew of robots lead by the charismatic Ironsides. If you see what looks like a ship residing on dry land while playing Fallout 4, go for it, as you’ll be greatly rewarded. 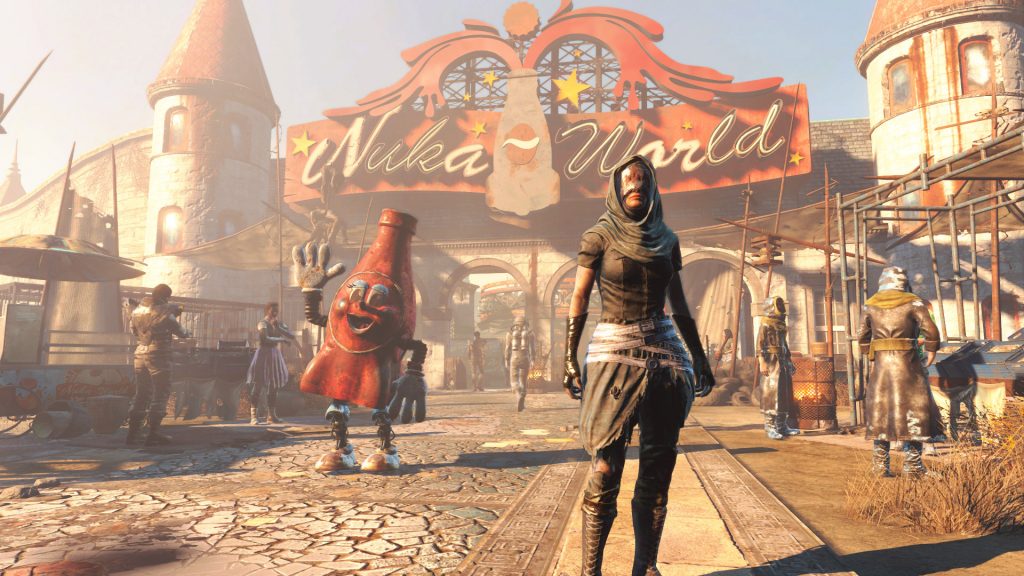 If you want to take a trip to the Nuka World, you need to get the sixth add-on for Fallout 4. If you decide to play it, you’ll become the mob boss of three raider gangs. You’ll have to give orders, forge alliances or destroy them for the greater good. 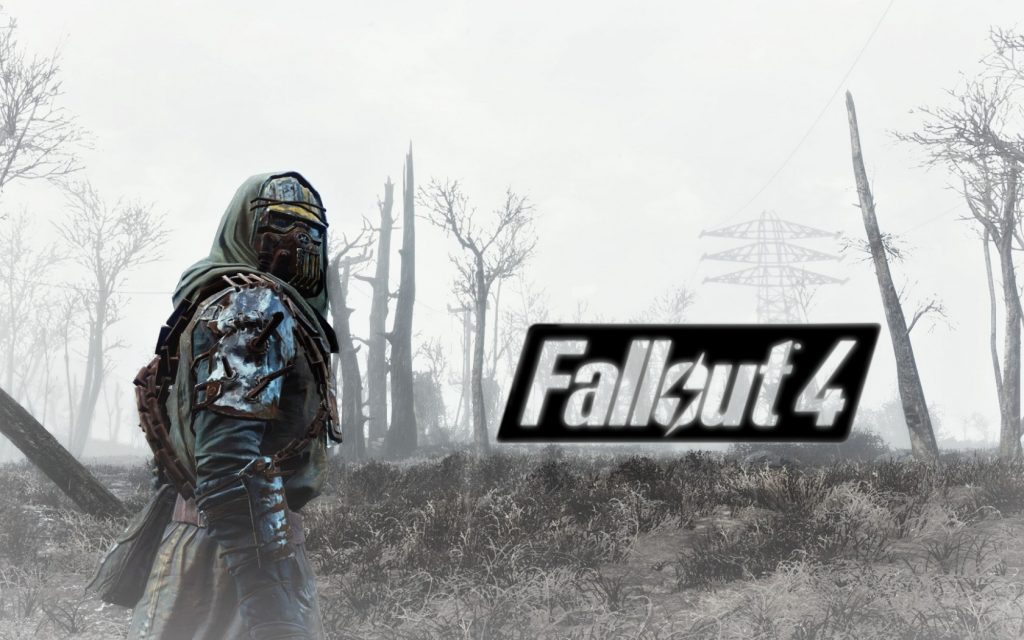 Soldiers found in Fallout 4 where originally members of the US Army sent to Sanctuary Hills to keep the residents safe. If you explore the wasteland carefully, you can find various references to them scattered around. 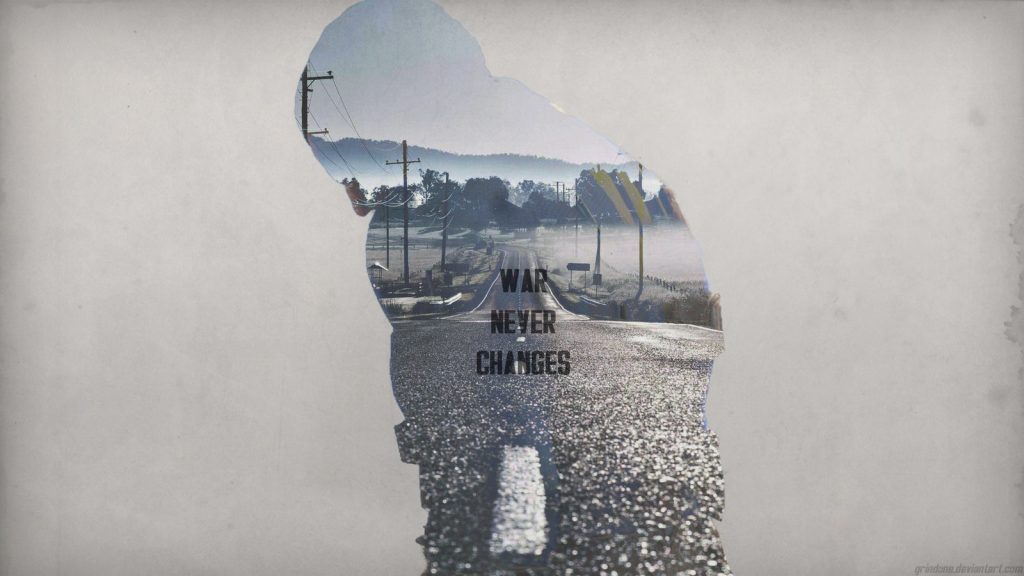 “War never changes” are the words with which the narration in Fallout 4 begins. The events in Fallout 4 go to show the severe repercussions of war. The end result is the same, regardless of the era, the weapons or the involved parties. 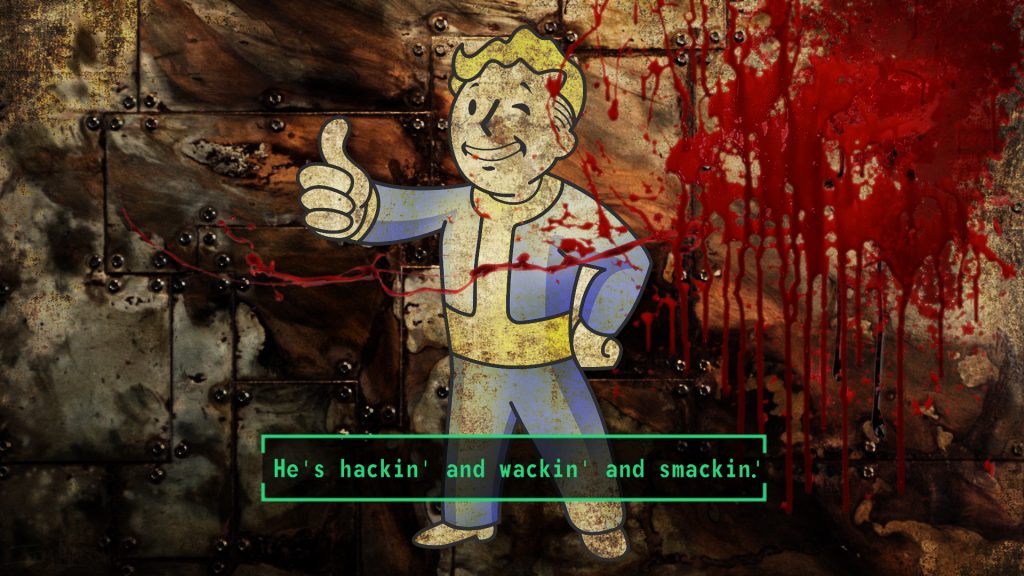 One of the main things that made me a big fan of Fallout was the wonderful soundtrack. Without exceptions, every installment had memorable “soundgasms” that fit the atmosphere of the game like a glove. 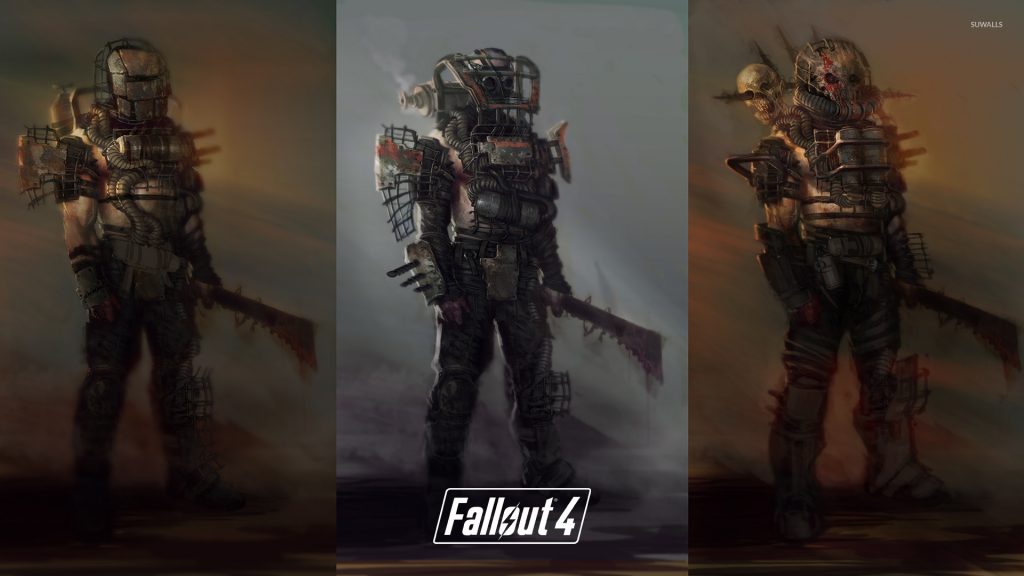 Raiders are a group of hostile gangs found throughout the Commonwealth and Boston.  They are undisputedly the weakest enemies in Fallout 4. But while they drop dead after just a bullet or two, their strength lies in numbers. If you’re not careful, you’ll easily get overwhelmed by them. 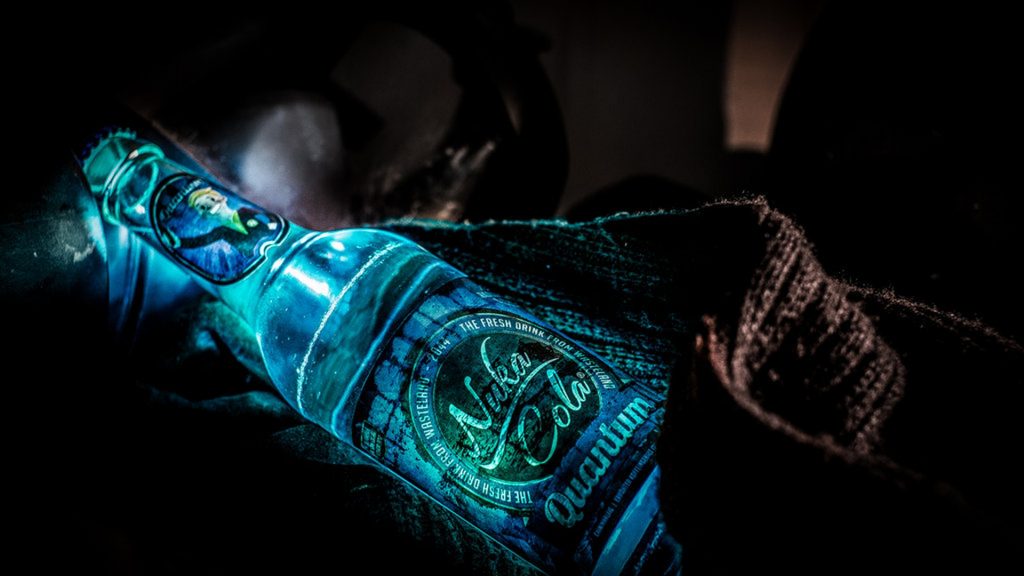 The Nuka Cola Quantum is the ultimate consumable soft drink in Fallout 4. According to the lore, it has twice the properties of a normal Nuka Cola, with a touch of radioactive strontium isotope (whatever that is). 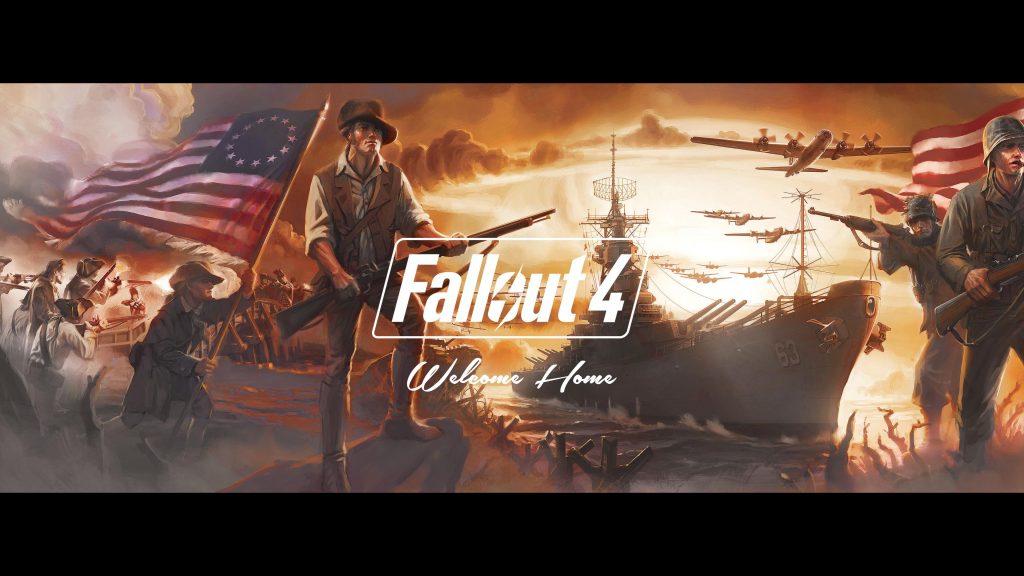 “Welcome Home” was the initial tag-line for Fallout 4. It’s cleverly used to welcome players back to the series but also as a subtle hint, given that your character returns to his home several years after the nuclear bombs hit. 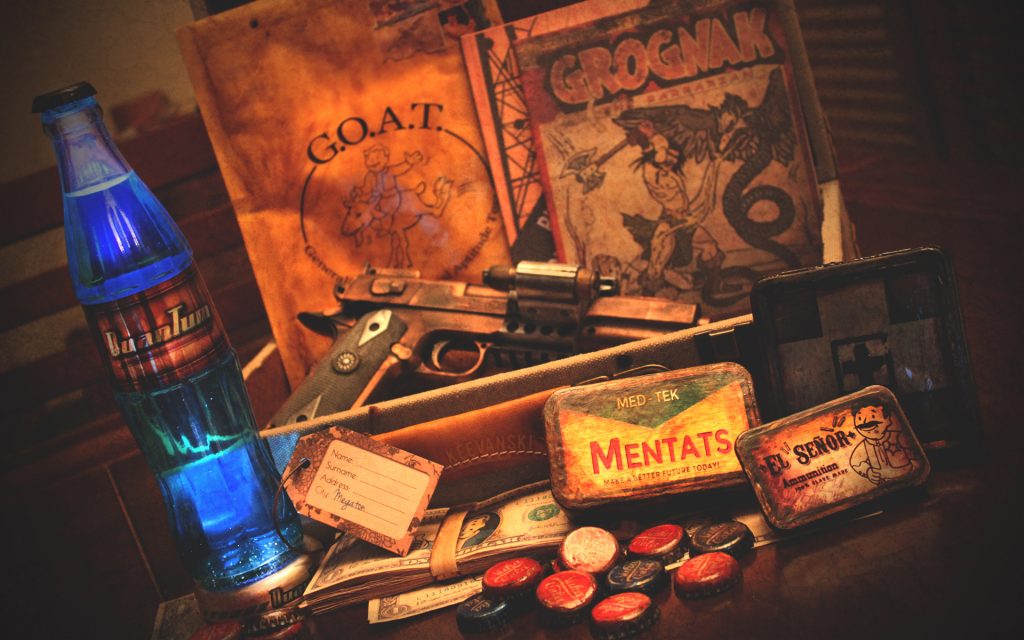 Just some of the necessary equipment needed to survive in Fallout 4, aside from money. Money is completely unnecessary, as folks use bottle caps as currency. Don’t ask me why. 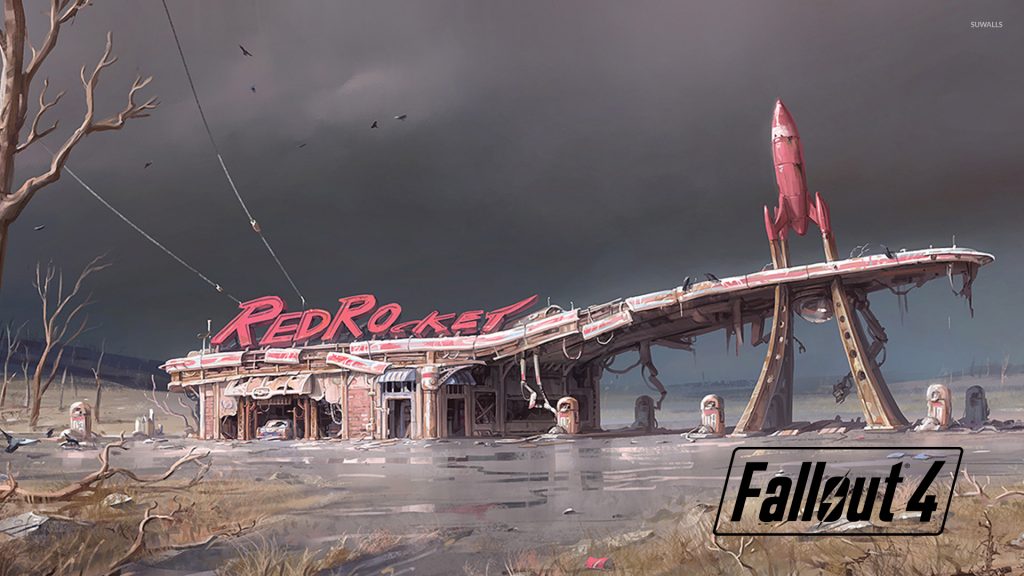 The Red Rocket truck stop is a Fallout 4 location that you can later transform into a flourishing settlement. It’s also the place where you’ll encounter one of your most loyal companions. 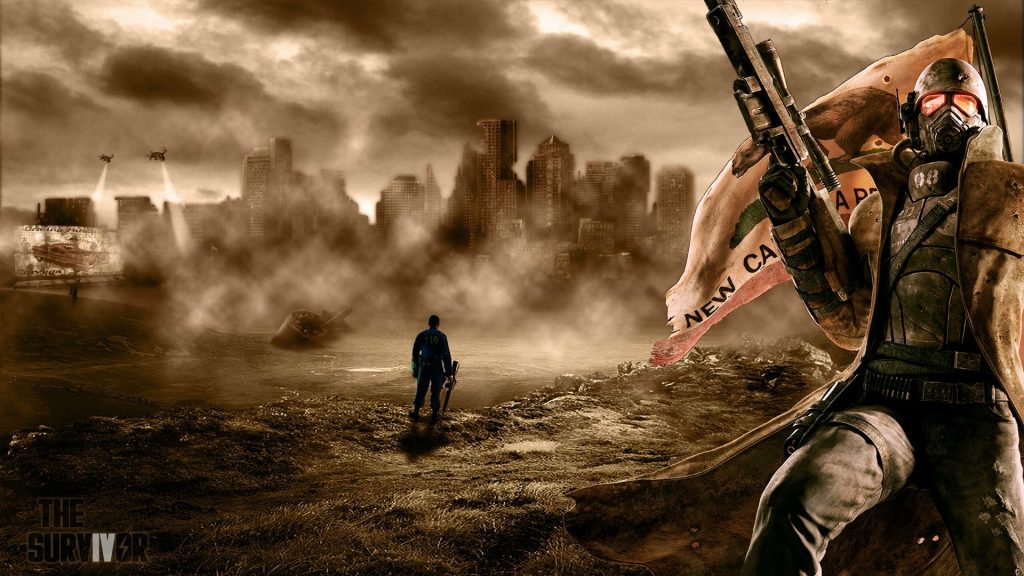 The survivor is the main protagonist in Fallout 4 that you control. Depending on which sex you choose, the story will adapt and provide adequate background. But regardless of your gender, the journey is long, enjoyable and emotional. 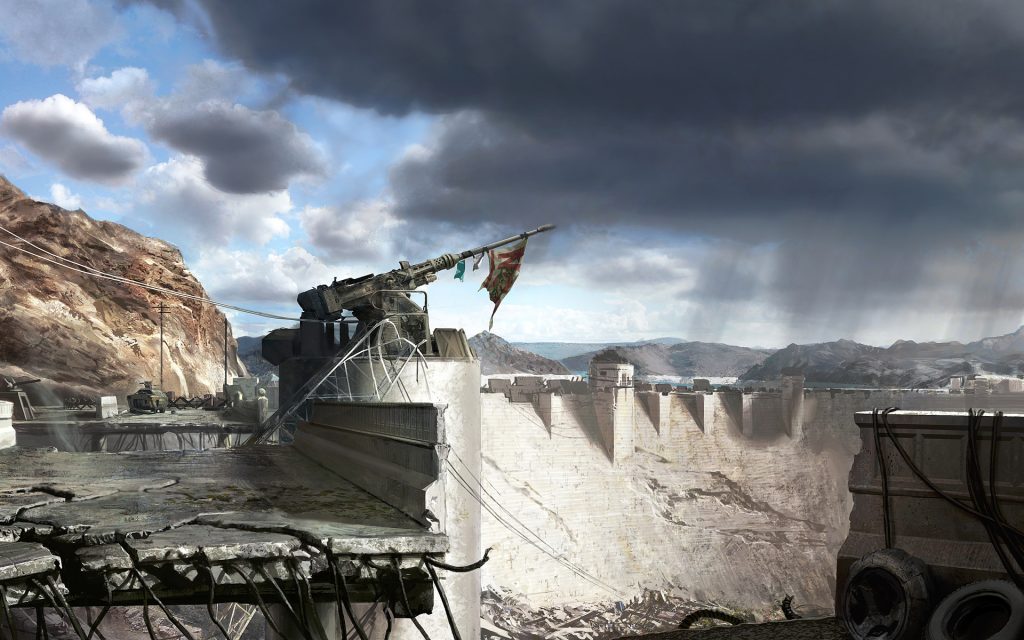 This is my favorite location in Fallout 4. Half of the town is flooded with irradiated water and the rest is inhabited by feral ghouls. One fan theory claims it’s based on Forest Grove Park in Waltham, Massachusetts. However, this information has not been confirmed by the team behind Fallout 4.