If you’re looking for a genuine Unix download, then you’re going to be looking for quite some time. The original Unix operating system doesn’t exist as a standalone entity any longer. While we often talk about Google Android and GNU/Linux as Unix system, they’re technically descended from Unix clones. This includes a few other operating systems as well as all modern Linux distributions.

Generally, for any production usage you wouldn’t need a Unix download. All of the various Unix derivatives and Unix-like operating systems are perfectly fine for most uses. A few free operating systems started with Unix source code, but this code was written out. Nevertheless, these are excellent choices too.

All *BSD operating systems are descended from the original Unix. A large community provides almost constant development for FreeBSD, which has provided support and new packages for over twenty years. If you’d like a FreeBSD Unix download, then head to https://www.freebsd.org/where.html and click on the installer image appropriate for your architecture. This will link to a series of ISO images, many of which can be written to USB memory sticks or SD cards just like a Linux distribution. The code base from FreeBSD has come to power many other devices beyond simply server devices. Nintendo Switch system software is largely based on FreeBSD and Sony’s PlayStation 3 and PlayStation 4 also use a particular edited version of FreeBSD. This is largely due to the fact that the source code for FreeBSD is released under an incredibly libertine license memorably called the BSD license. 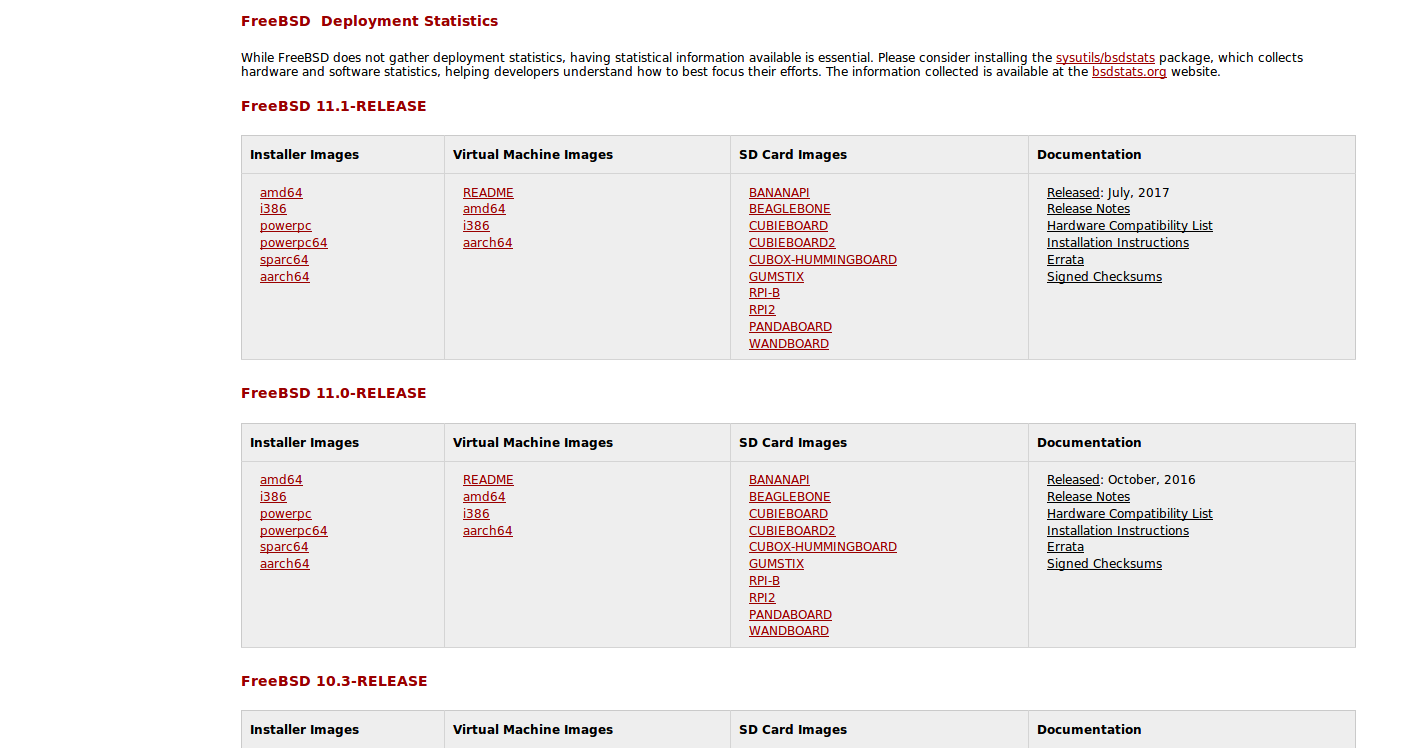 NetBSD, which is an excellent operating system for servers that also now runs on Raspberry Pi and Banana Pi units, also offers similar download images at http://netbsd.org/releases/, which features BitTorrent and FTP links as well. This is great if you need a command line Unix download because you’re running a server system. Like FreeBSD, NetBSD has an extremely libertine license that’s based on the original BSD license. This means that unlike Linux, developers don’t have to share and share-alike necessarily, so those who are making realtively closed-source operating system packages like for the aforementioned game consoles can incorporate lots of their own code without releasing it. 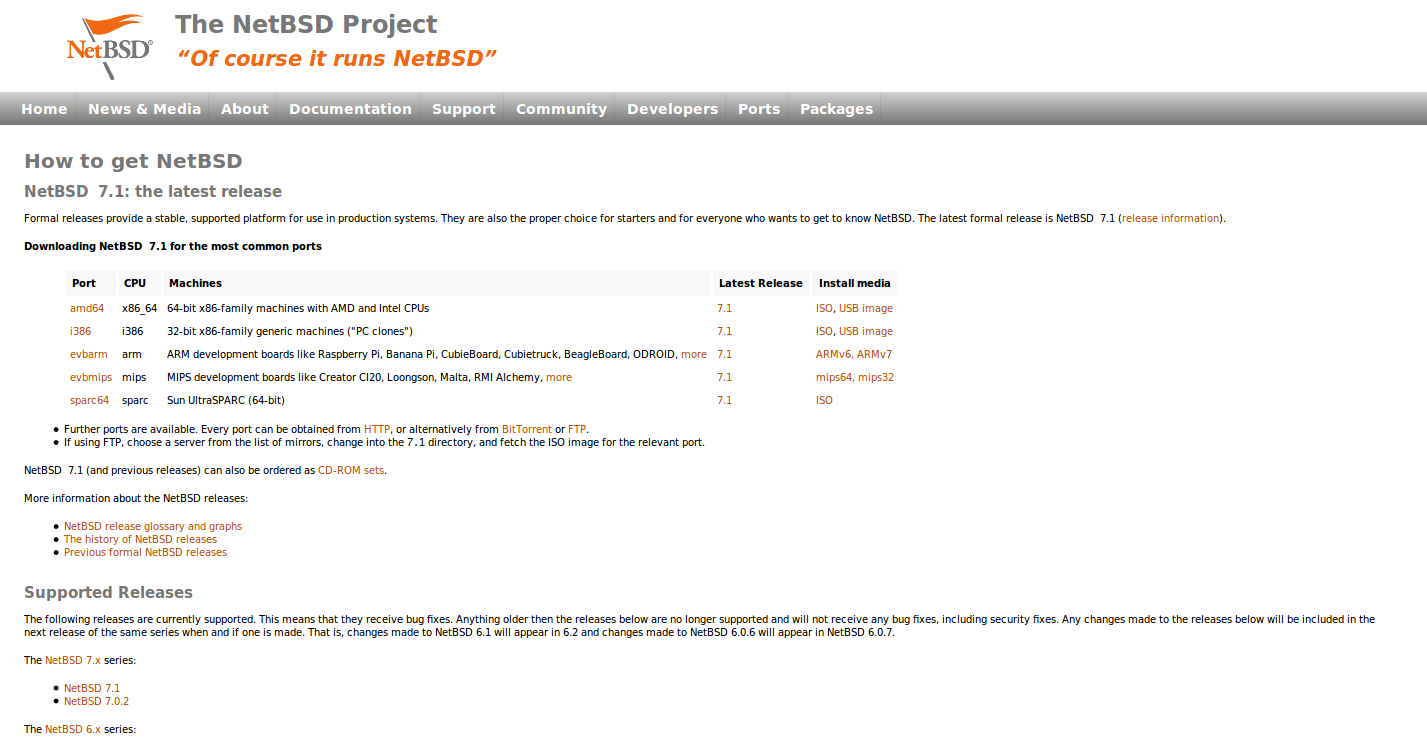 The original BSD also spawned another popular Unix system called OpenBSD, which is well-known for it’s connection to OpenSSH and the OpenNTPD project. Downloading an OpenBSD image is easy. You simply head to http://www.openbsd.org/ftp.html and then select the mirror closest to  These are fairly powerful servers, which means that you shouldn’t have too much difficulty downloading an image within a fair amount of time. 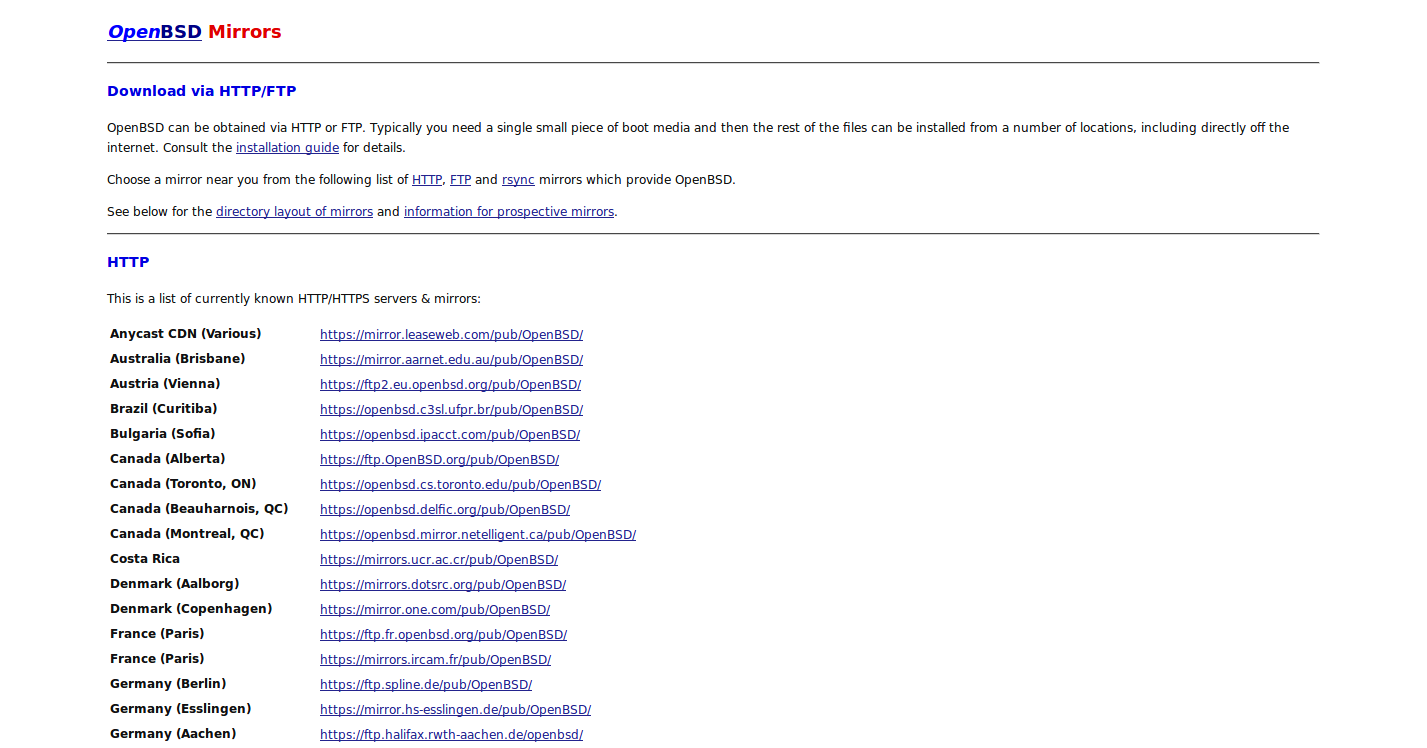 Darwin is also a BSD spin-off, and it’s the code that powers macOS as well as Apple’s other mobile operating systems. While you might have heard that Darwin isn’t workable without closed-source solutions and that most full open-source versions of Darwin have closed down, you can still get Unix downloads from http://www.puredarwin.org/ as both bootable images and virtual images for emulation. Darwin can be a lot of fun if you’re planning to experiment with Unix code. 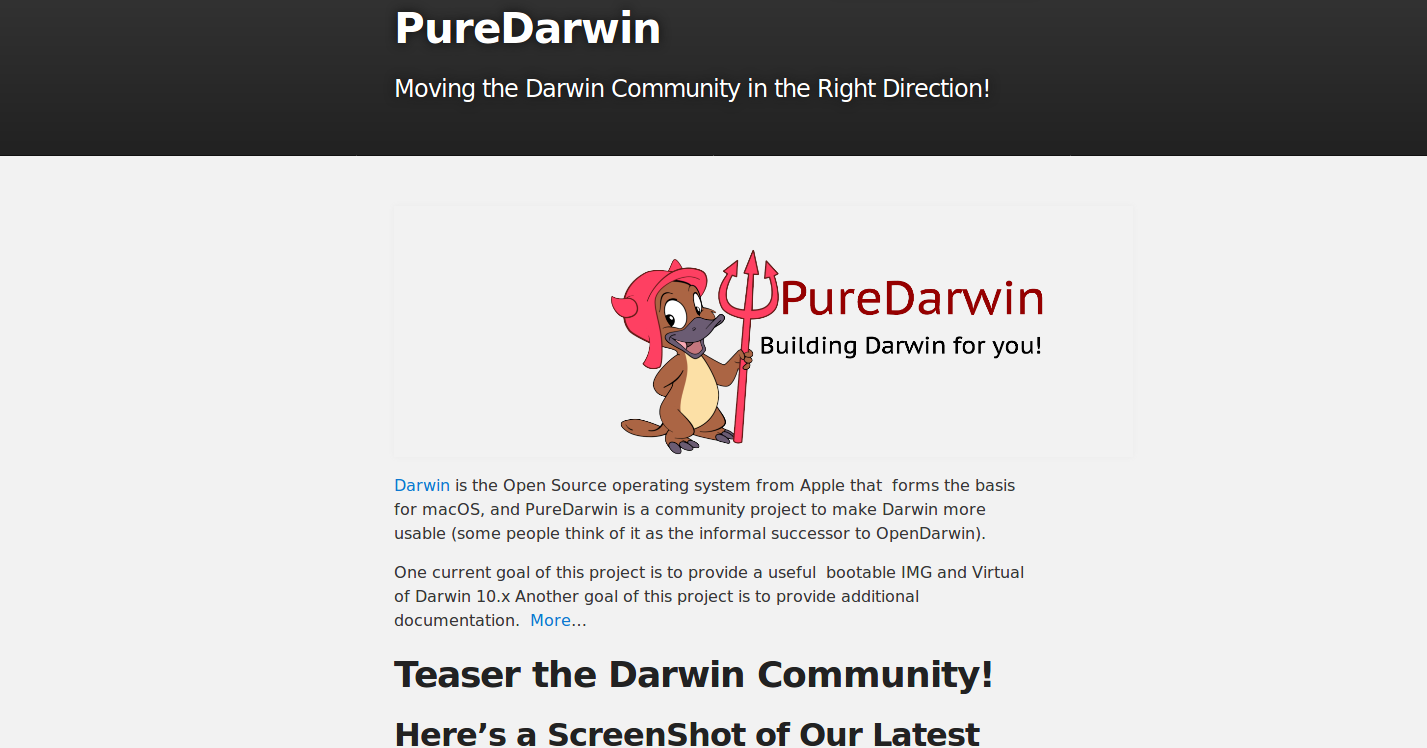 You may know of MINIX because it’s the operating system that spawned Linux or perhaps because of it’s raccoon mascot. It offers a pretty pure Unix experience, even though it’s technically a clone of the classic operating system. It’s an excellent project if you plan to experiment with technology, and it even comes with special instructions for using it with VirtualBox. While it doesn’t support USB ports yet, you can download all of MINIX 3 at http://wiki.minix3.org/doku.php?id=www:download:start in less than half a gig. 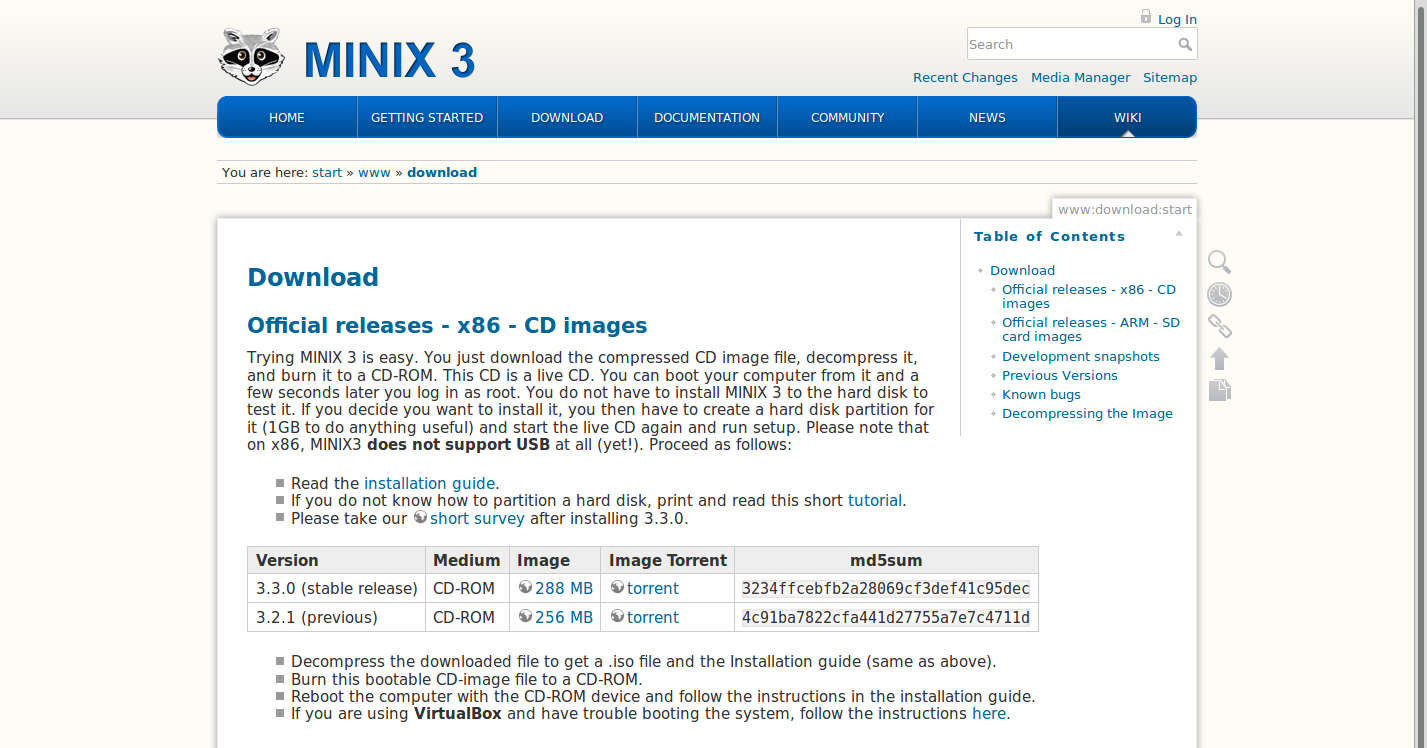 OpenIndiana is sort of the continuation of OpenSolaris, which itself was based on the popular operating system from Sun. It supports both 32-bit and 64-bit x86 processors within the same image, which makes it an ideal option for those who can only download a single image and then need to install it on several different units. It’s also becoming popular for installation inside of virtual machines. You can find a number of builds at https://www.openindiana.org/download/, which each have their own sha256sum. 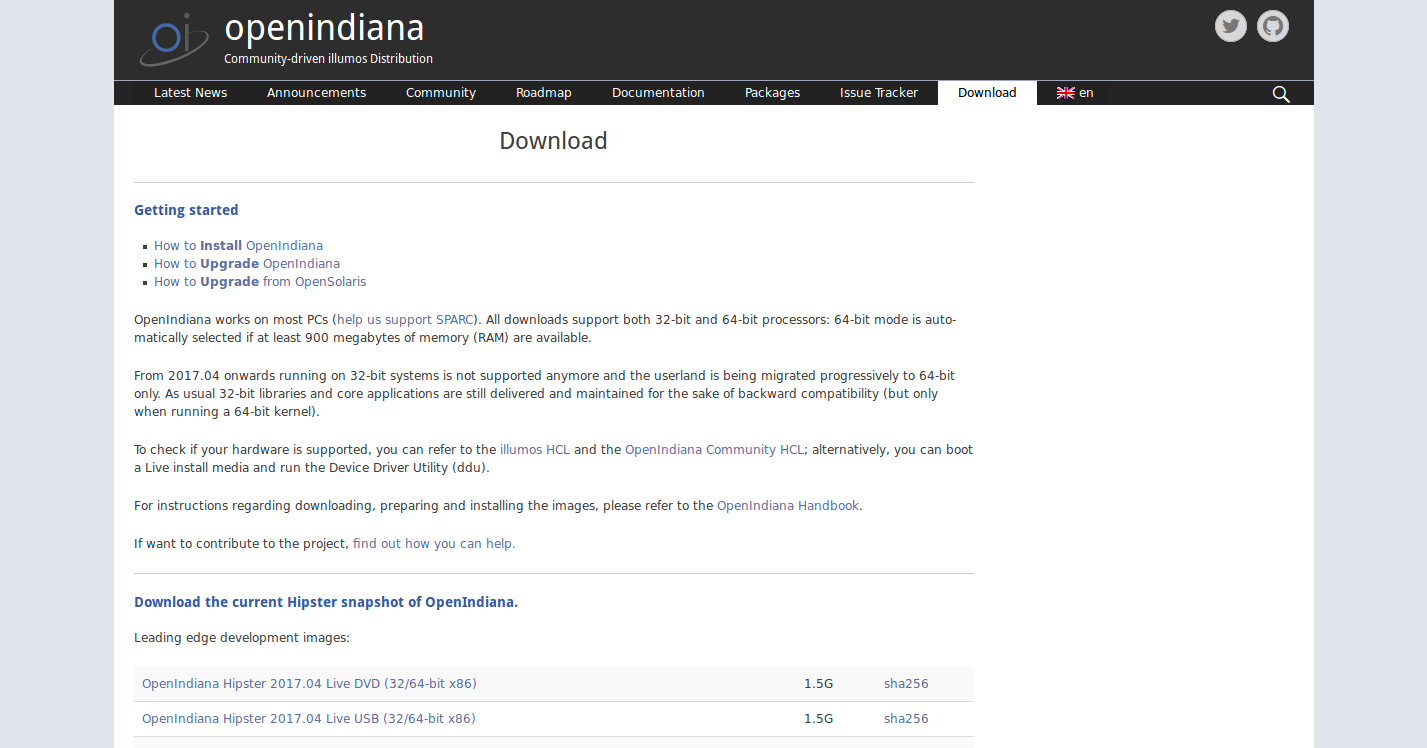 While you can’t much find an original Unix download these days that would run on any hardware that you’re likely to come across, if you’re looking for something to install in a virtual machine or to practice coding with then any of these are excellent choices. Some, like FreeBSD and NetBSD, power a healthy chunk of the world’s Internet servers as well. Considering the use of these operating systems as a code base in many types of consumer electronics, they can also give you an insight into how some products like the Nintendo Switch and the PS4 work.