There are several categories of games available on Steam such as action, adventure, and fantasy etc. One of the categories is called Base Building. Base building games require the player to build their bases by gathering materials or planning strategically. It is not a short game like the other genres, it can go as long as years and still never end. These type of games require critical thinking and time management to ensure that your base is effective as well as economical. If you are looking to put in an hour or two every day, and still have something to look for the next day, this category is for you. We have listed down the most popular base building games available on Steam. Take a look!

Factorio is considered as a 2D game where the players build factories in an alien environment. The gameplay includes mining resources, making infrastructure, fighting aliens, trying to automate the productions and upgrading after researching technologies.

This game focuses on a man who crash lands on a planet. His initial target was to make an alien planet which could be inhabited by humans. He faces a problem in which the inhabitants of the planet doesn’t like his arrival.

The game, on the whole, is very challenging and interesting. It takes the time to get anything done but the sense of accomplishment is very satisfying. This game also demands long term planning and thinking ahead of things. Of course, during the early stages of the game, your techniques may fall short. But as you progress and get to know the mechanics, it is very stimulating.

This game is different from other games as it demands long term thinking from both the players. Although one player can always assist the other one, it is much fun if both of them are on the same page. 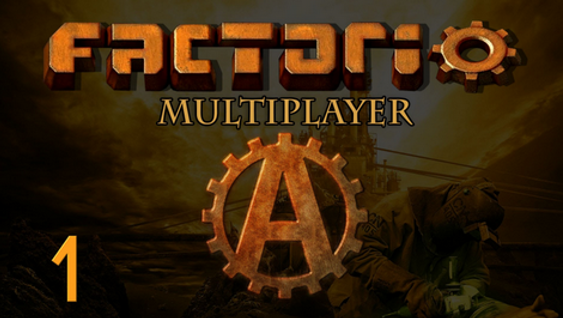 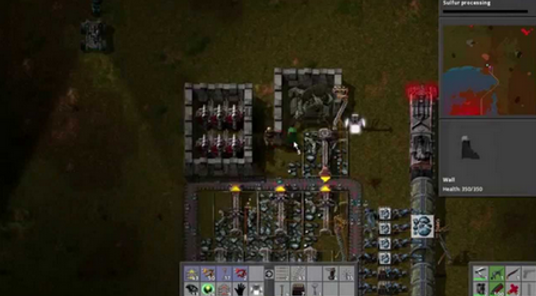 RimWorld is a colony stimulator developed by Ludeon Studios. It has an early access since 2013 and has been booming in the market and the community ever since. It is a unique game which emulates the success of games such as Dwarf Fortress.

When playing RimWorld the first time, the concept is a little difficult to grasp as there are little to no tutorials present. In some ways, this may induce frustration in the players while it may also add anticipation. There is a huge sense of achievement when you figure something out. There are also a lot of tutorials present in YouTube. The initial learning curve is considered to be very challenging, but once you get the hang of the game mechanics, you feel everything fall into place.

After mastering the controls, you will find yourself captivated by the lives of your colonists. Each of them has a unique personality and set of skills at their disposal. This causes the colonists to have grudges, intimate relationships and even cause them to commit crimes!

Once you have controlled enough colonists, you will make a small society. When you get to this stage, you will be greeted by a set of new challenges. Such as you may have to introduce joyful activities to ensure the people remain stress-free.

You will also experience certain unfortunate events such as a volcanic eruption, if your colony runs on solar power, you will experience a shortage of electricity. Overall, the game is very anticipating and forces you to think outside the box and look at the big picture. It allows you take minor details into account to ensure that your colony stays well and happy. 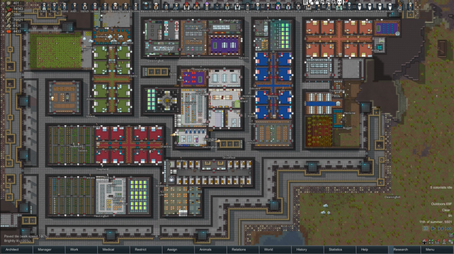 ARK: Survival Evolved is a sandbox survival game. The game is developed by Studio Wildcard. The players are stranded on an island which is lush with vegetation and trees with mammoth dinosaurs. The players have to ensure their survival by picking scavenging resources to craft useful tools. By using the tools you can make a house which can help you withstand the nature elements.

You can also farm by picking different seeds and planting them to grow vegetation. Collecting and applying dinosaur excrement can help fertilize your plants to help them grow faster and healthier.

There is also the concept of weapons which you have to craft yourself to hunt the dinosaurs and take their meat and hide. As you level up, you increase your stats and also unlock new creatable items. You can also tame tamable creatures to help you in traveling (land and water) or assist you in carrying weight as mules. There is beautiful hierarchy present amongst all the creatures in the island such as tamed Dodo birds can do much good against the Velociraptors. The good thing is, unlike many other games, no matter how much you train your animal, it will find it very difficult to advance above in the food chain. The mechanics are set and cannot be changed. This adds to the appeal of the game as it makes all the setting much more realistic.

You can also join other players to contribute to a thriving community and work alongside each other. The possibilities are endless. The game enables you to think on the level of your character, thinking ahead and always on the lookout for any threats. 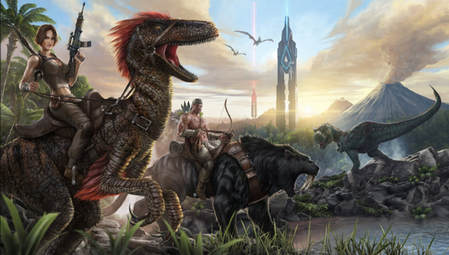 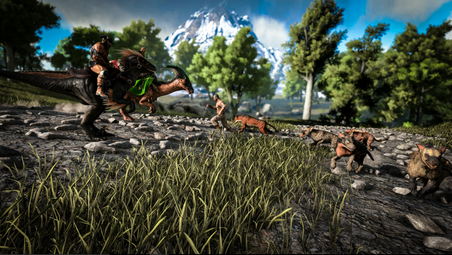 Planet Coaster is a modern resurrection of the theme park sim genre. You are given an absurd terrain and landscape and your job is to build a dream theme park. However, it is still far from a great economical stimulator, the gameplay and the mechanics are great.

The interface is so great you can tweak and adjust every square inch of the park the way you want it to be. There are detailed guides and know-hows available in the Steam workshop and YouTube; you will have no difficulty in understanding the mechanics involved.

Your first designs will have many flaws and the Excitement level will surely decline. As you progress forward in-game, you will get a solid idea on what to avoid and what to do.

There are three modes available in the game and the most Challenge one is the most appealing. It is close to those classic games where you start with nothing and have to build your whole theme park brick-by-brick.

The economical side of the game has a very serious in-depth understanding, but you won’t worry about it when you have profitable rides coming in from all sides. You can control the economics of the game such as you can charge for the bathroom or the ATM; the possibilities are endless and everything depends on your game style.

While Planet Coaster may not be that great of a capitalism stimulator, it is surely a fantastic theme park-building sandbox. It allows creativity on par with other giant games such as Minecraft. The appeal to the game is more than enough to get playing it non-stop for a couple of months. 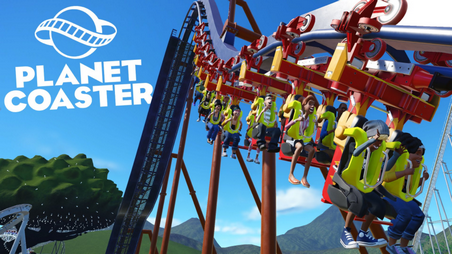 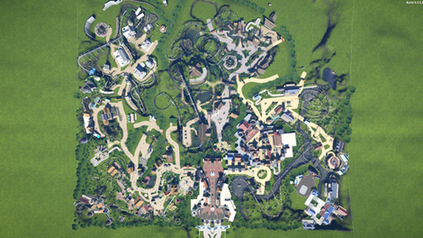 State of Decay isn’t like the normal zombie games you hear about. There are no superheroes involved, no crazy weapons, and also no cheap checkpoints if you stumble to a mistake. The concept that this game gives is that death is permanent, even if you carry on the game with new survivors.

Despite all its mechanics, this game isn’t a nihilistic tale of mass carnage, but a zombie game where almost all the emphasis is given to the community; where all the people have to work together and stick together in order to survive and move on.

You start with a group of survivors where some are playable while some are not. You can expand your group by rescuing stranded people or you can join forces with another group.

Your aim in this game is to survive. You have to search abandoned homes in order to gather food supplies and essential items. You need medicine, construction material etc. Things don’t just end here, you have to ensure that they reach your base unharmed through the area filled with zombies.

In short, you have to keep a lot of things into consideration. At one hand you have to make sure that your group is thriving and have enough supplies to go on. On the other hand, you have to keep the story going and progress in the game. Such as you have to deal with other groups etc. Also, there are some missions present which is only available for a very short time so you have to prioritize yourself what you want to do first.

The combat can be considered messy and aggressive, but overall, it is good. The range weapons are plentiful in supply but the ammo is short. The melee weapons are considered to be your primary weapons. The vehicles present have to be used carefully as they draw a lot of attention but they are also the practical way of getting to different places.

While State of Decay may not have fixed all the bugs and flaws of its predecessor, the visual enhancements and the improvement to the story makes all the more reason to play it. The result is fantastic and gives a true concept of an open world survival. 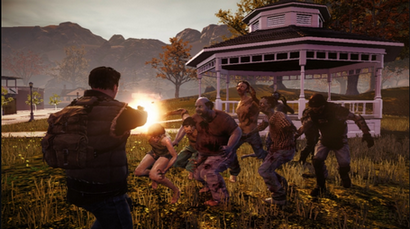 The appeal of Age of Empires II HD is very apparent everywhere. The gameplay is instantly familiar to anyone who has played a real-time strategy game which focuses in the big picture. The fast paced game lets you exploit resources to help build magnificent castles and fortresses. You have to build barracks and other useful building for training troops and keeping your people fed.

There are 18 playable nations and each of them has their own unique units, tech trees and also bonuses. For example, the Frankish houses are cheap, the Huns don’t need houses to support their population etc. There are several real worlds and random maps upon which you can play.

The main difference between the non-HD and HD version is the HD version’s use of Steam for multiplayer matchmaking. The game is really interesting for both, friendly comp and 1 v 1 matches.

The Age of Empires II HD has a lot of potential. The game is enjoyable and attractive at the same time. The game involves a lot of strategies involved and forces the player into thinking ahead. You need to know your enemies in order to avoid any direct confrontation with them. You have to help your allies in defending if they come under siege from any common enemy. The game engulfs you into the medieval era and also imparts a lot of information. If you looking for a mix of base building, action, and strategy, this game is meant for you. 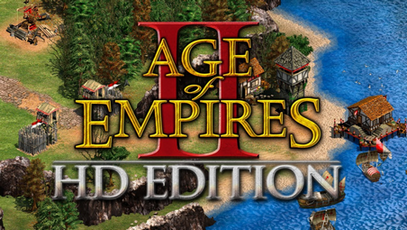 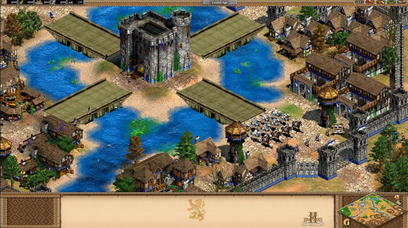 Base Building/Crafting Games in Steam